The first round of winners has been announced for the 2017 Creative Arts Emmy Awards, which were presented September 9 and 10 in Los Angeles.

The night’s big winners included Meryl Streep, Common, Dancing With The Stars and director Ava Duvernay. The Primetime Emmy Awards will be held Sept. 17 with host Stephen Colbert, also at the Microsoft Theater.

The Emmy race has begun

The two-night event took on Los Angeles and was held at the Microsoft Theater on Saturday and Sunday night.

The event was hosted by Bill Nye, who revealed he had stepped in to host in place of Hank Azaria, because the actor had gone to Florida to help move his mother to safety out of the path of Hurricane Irma. On Saturday, the evening’s awards focused on reality, documentary and animated programs.

Streep was selected as outstanding narrator for her work in the Netflix documentary ‘Five Came Back’ on the wartime contributions of five prominent movie directors during World War II. However, she was not present for the ceremony at the Microsoft Theater Saturday

Seth MacFarlane won for outstanding character voice-over performance for the second consecutive year and third time overall for his work on the Fox animated comedy he created, ‘Family Guy.’

The hip-hop recording artist ‘Common’ was part of the three-man team who won for outstanding music and lyrics for ’13th,’ the Netflix documentary on the intersection of race, justice and mass incarceration in the United States.

The victory leaves Common a Tony short of becoming the 13th person to win an Emmy, Grammy, Oscar, and Tony in competition, popularly known as an EGOT. Backstage, Common reiterated his desire to work on Broadway.

“Theater is something I really love, I always wanted to be a part of plays. I was actually in a play in school, but my mother said my friend was a better actor than me so I quit acting, but now I’m back at it,” Common said.

“The EGOT is something I would love to achieve. That would be a honor … a blessing.”

I met a new woman today and she sat on my lap. I think she's a keeper. #emmys #lettertothefree #the13th #netflix pic.twitter.com/0y0mkoQFsp

RuPaul Charles of VH1’s ‘RuPaul’s Drag Race’ won for outstanding host of a reality or reality-competition program for a second consecutive year.

Unfortunately, RuPaul wasn’t present at the Emmys to accept his second award, as he’s rather busy taking over the Javits Center in New York with RuPaul’s Drag Con. However, he did give this statement:

“I am beyond grateful to the Television Academy for giving love to our show again this year. Providing an international platform for 113 outrageous, courageous and talented queens has been the greatest reward of all,” it read.

Director Ava DuVernay’s documentary ’13th’ was the biggest winner of the night, taking home four prizes for documentary special, writing, motion design, and original music and lyrics for ‘The Letter to the Free’ by Common, Robert Glasper, and Karriem Riggins.

Saturday night also delivered a tie for the most awarded reality competition show in history.

‘The Amazing Race’ and ‘Dancing with the Stars‘ both had 15 trophies, and both had nominations this year. However, ‘The Amazing Race’ didn’t win any Creative Arts prizes, while ‘DWTS’ claimed two, so that gives ‘DWTS’ the lead with 17 total victories. 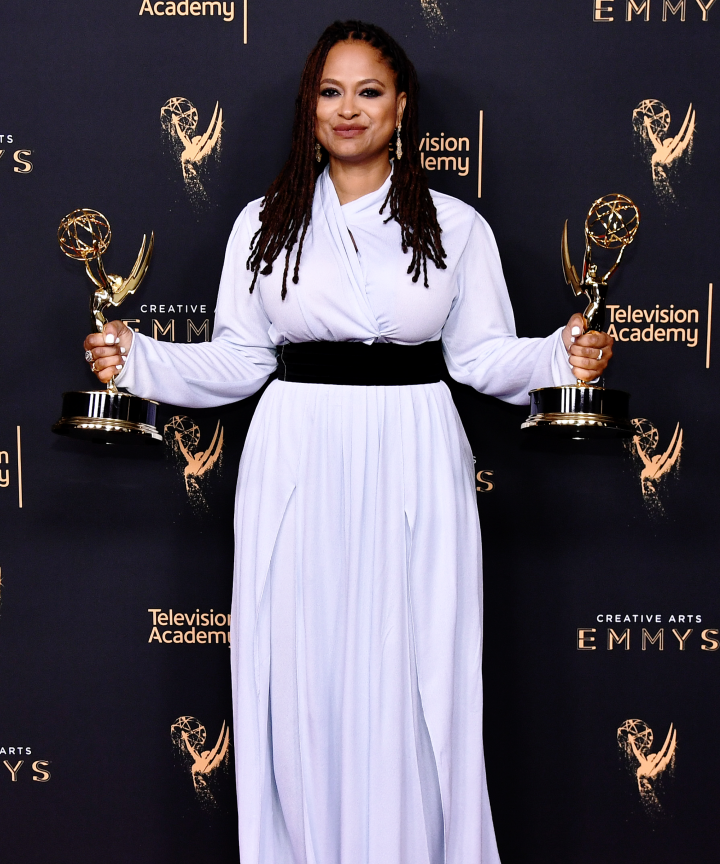