The Tony Awards come back on Sunday night. Kevin Spacey will be hosting the night that recognizes the very best in live theater and we simply can’t wait.

The Tonys grants awards and recognizes the excellence of this season’s Broadway shows. However, the ceremony’s true job is to be an ambassador for live theater itself. For theater kids across the country, sometimes the transmission is the closest they’ll get to see the alchemy of live actors doing onstage.

Last year’s Hamilton buzz translated into a huge bump in rating for the Tonys, with the telecast beating the previous year’s audience by more than 2 million viewers. Buzz from appearing on the show can dictate a play’s future. Both on Broadway and on tour.  But this year the ceremony competes with the Stanley Cup playoff game.

Nominees of the night

Leading the new musical field with 12 nominations is ‘Natasha, Pierre & the Great Comet of 1812.’

An electro-poperatic retelling of War and Peace, starring nominees: Josh Groban, Denee Benton, and Lucas Steele. ‘Dear Evan Hansen’ follows with nine nominations. Starring nominee Ben Platt, as a depressed high schooler caught up in a lie that acquires a life of its own in the social media bubble.

The true-life tale, ‘Come From Away’, has seven nominations. Telling the story of how a small town in Newfoundland, hosted thousands of unexpected visitors from rerouted planes stranded after 9/11. ‘Groundhog Day’ also nabs seven nominations. StarringAndy Karl in the Bill Murray role of jaded TV weatherman Phil Connors stuck on a loop in small-town Pennsylvania.

The most-nominated new play is ‘A Doll’s House, Part 2’ with eight nominations. Starring Laurie Metcalf as Nora, the proto-feminist heroine of Henrik Ibsen’s 1879 drama. Who returns 15 years after walking out on her family. Another lead contender is ‘Oslo’. J.T. Rogers’ political thriller of the nine months of secret back-channels peace negotiations, that led to the Oslo Accords between Israel and Palestine. 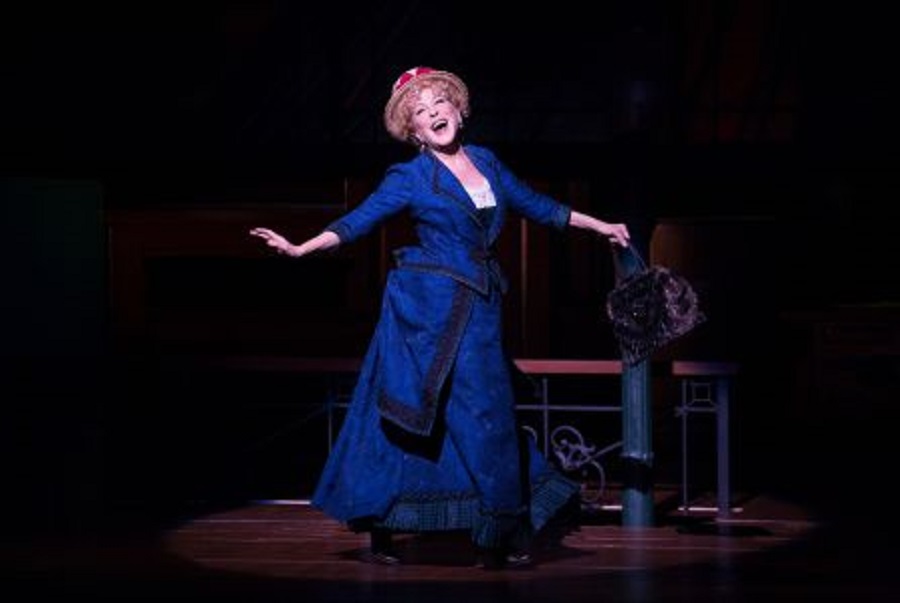 Oscar-winner and House of Cards star, Kevin Spacey will be the host of the telecast Sunday from the massive 6,000-seat Radio City Music Hall. Spacey is no stranger to the community, he’s a theater vet who won a Tony in 1991 for the play ‘Lost in Yorkers’ and he’s known to sing on occasion. However, he’s got a quite different vibe to former hosts James Corden and Neil Patrick Harris.

Spacey will definitely bring glamor and acting chops to the job. In April, Michael Riedel reported in the New York Post that producers of the show, believed the musical performances of the past few ceremonies were “impossible to top.” So they were searching for a host who wouldn’t sing or dance.

Spacey has been reluctant to reveal what we’re up to on Sunday night. He declined earlier this week to reveal what he plans to do by saying, “Everything’s on the table. You’ll just have to tune in and see.”

What we know about the show

While we’ll have to wait to see what Kevin Spacey’s up to, the list of presenters for the big night was already revealed. Sticking with the regular mix of Broadway and Hollywood artists.

When it comes to performances, the show will see musical numbers from nine new and revival musicals, including:  “Bandstand,” ”Come From Away,” ”Dear Evan Hansen,” ”Falsettos,” ”Groundhog Day The Musical,” ”Miss Saigon,” Josh Groban and the cast of “Natasha, Pierre & The Great Comet of 1812,” ”Hello, Dolly!” and “War Paint.”

There will also be a performance by two Tony Award winners from last year – Cynthia Erivo and Leslie Odom Jr.