Kevin Spacey will be the host of the 2017 Tony Awards, which will be held at Radio City Music Hall in New York City on June 11.

CBS announced that Spacey will be the host of the 71st edition of the annual awards that recognize the excellence in live Broadway theater. Although we may know the actor for impeccable performances in movies such as ‘American Beauty’, ‘The Usual Suspects’, Netflix series ‘House of Cards’, and even as the voice of Hopper in ‘A Bug’s Life’, he is actually very familiar with Broadway.

Back in 1991, he won his own Tony for best actor for his work in the play ‘Lost In Yonkers’. He also was the artistic director of the Old Vic Theatre Company for over ten years and is constantly hitting the boards, not only on Broadway but in London’s West End, too.

Producers are looking forward to working with Spacey

In a statement for CBS Entertainment, executive vice president for specials, music and live events Jack Sussman, praised Spacey for his dedication to theater and extensive repertoire.

Executive producers of the Tonys broadcast, Glenn Weiss and Ricky Kirshner, are willing to work with Spacey, flattering his role as President Frank Underwood on ‘House of Cards’, stating that he is “a president who is a true champion of the arts.” 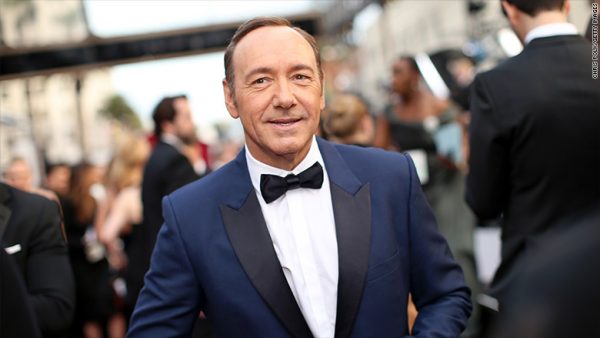 The announcement of the host came particularly late this year

With the Tony eligibility available for two more weeks, and nominations set to be announced on May 2, Spacey’s election as host of the ceremony came actually pretty late. It is presumably because of the incredible performance by last year’s host James Corden. We guess that no one was willing to compete with that. However, other possible names for the host have surfaced in recent months, such as Tina Fey and Corden himself, but Spacey got to be the chosen one.

Also, there is now this kind of pressure on hosting awards lately, maybe because no one wants to be responsible for messing things up, like the infamous announcement of Miss Universe 2015 by Steve Harvey, or Warren Beatty and Faye Dunaway’s fiasco earlier this year on the announcement of the Oscar for Best Movie.

Luckily, the Tony Awards are addressed to a more specific and reduced public –not everyone’s got the chance to go to the theater in the New York metropolitan area. While the Oscars garnered 32.9 million viewers last year, the Tonys made it to 8.7 million.
However, it would be better if everyone just decided to pay attention and stop messing awards up.