A month ago, at the annual CinemaCon held in Las Vegas, a short scene where Toothless meets female Night Fury was shown for the first time. Last week the characters’ new looks were revealed. It all happened at the 2018 Licensing Expo in Las Vegas. Now, we have a new poster and the official synopsis.

First reveal of the final How To Train Your Dragon

“As Hiccup fulfills his dream of creating a peaceful dragon utopia, Toothless’ discovery of an untamed, elusive mate draws the Night Fury away. When danger mounts at home and Hiccup’s reign as village chief is tested. Both dragon and rider must make impossible decisions to save their kind.”

From what has been said until now, Toothless will have a bit more of the protagonist in this final movie. He will discover that he’s not the last of his kind and meets a love interest.

Even though the film’s releasing date has been pushed several times, it officially comes to US theaters on March 1st, 2019. 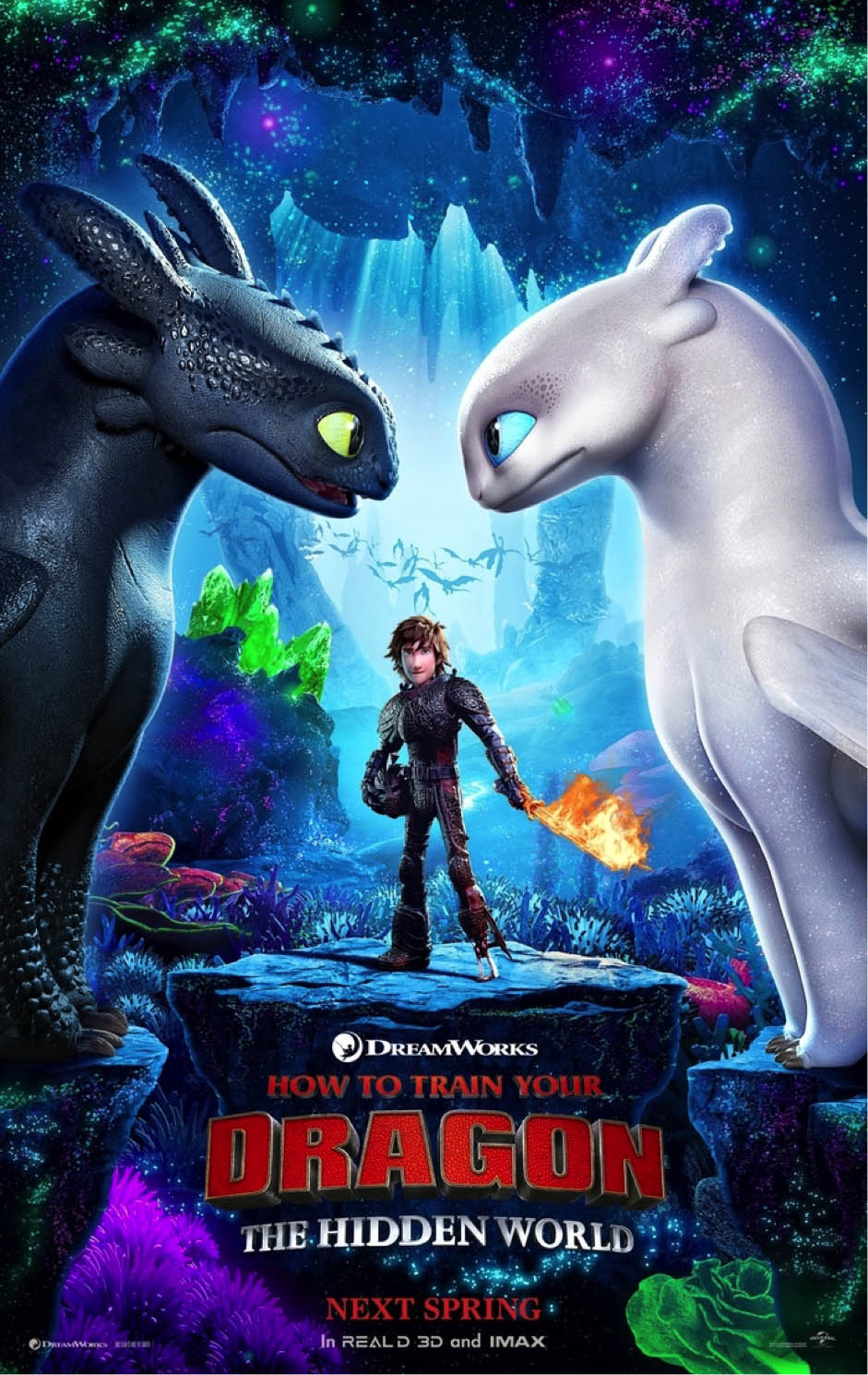