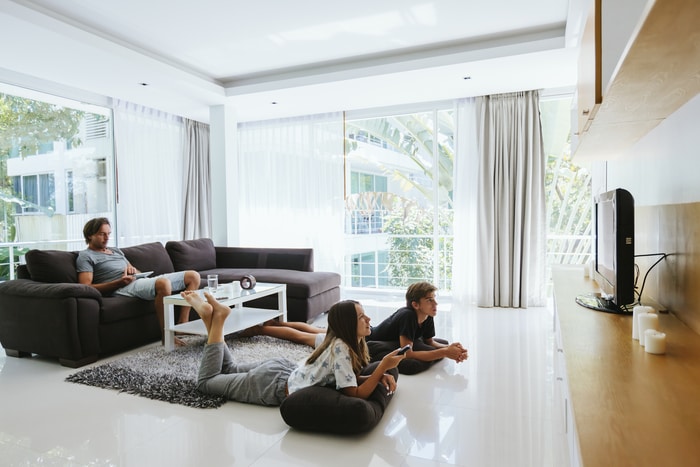 Over the last few years, talk has been increasing about cutting the cord to your cable company and going all streaming services, all the time. Many people think this saves them money and allows them to choose exactly which cable channels they want. While this is true in some cases, cutting the cord isn’t right for everyone. Before you grab the scissors, check out these reasons to keep your cable connection.

Have you ever been home sick from work or simply had a long day and wanted to plop in front of the TV? When you’re feeling under the weather, it can be harder for you to make decisions. Spending two hours searching through your streaming service’s offerings for just the right show or movie can become frustrating, but surfing channels on the cable can help you unwind as you find the perfect rerun, classic movie, or sports show to watch. You simply can’t channel surf if you don’t have cable.

2. You Won’t Need to Deal With Buffering Problems

Streaming services rely on your internet connection and if it has the smallest hiccup, you’re likely to see the dreaded circle that indicates your show is buffering. Maybe this isn’t a big deal if you’re watching something pre-recorded but imagine missing a big sports play or an important part of political debate because your internet chose to buffer instead.

Spoiler alert: your favorite show can’t be spoiled if you’re watching it live. When you don’t have cable service, you are less likely to get a chance to watch your favorite TV shows as they air. Many TV providers don’t offer their shows on the website until they’ve aired live across the country. This means a show that aired live at 8:00 P.M. ET likely won’t be available on the internet until around 1:00 A.M. the next day since they need to air in Central, Mountain, and Pacific times as well. If you don’t have time to watch something in the middle of the night, you’ll spend the entire next day trying to avoid spoilers.

4. You Will Probably Save Money

5. There Are More Choices Now

In the past, you pay a certain amount every month for a pre-determined set of cable channels, even if you rarely watched any of those channels. These days, cable providers offer a bit more customization. For example, DISH packages are available in four different sizes. The smallest package starts at about $60 per month and 190 channels with packages increasing in size and price from there. Of course, you can add or take away channels on most packages, making it more customizable than even some streaming services.

Whether you’ve never cut the cord and want to know if you should, or you’ve cut cable and are considering going back, it’s easy to see that there are pros and cons to both options. Consider how much you watch TV, which programs are your favorite, and how much you already spend on streaming services before making the leap.