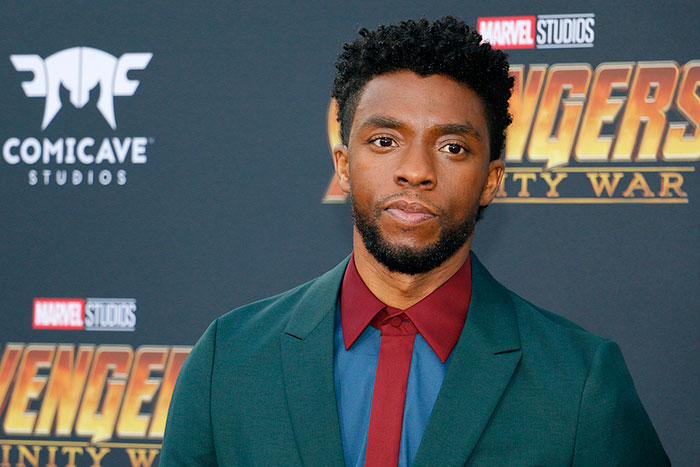 The electrifying actor and superhero of Black Panther, Chadwick Boseman, is dead. He was 43 and died of stage IV colon cancer in his home with his wife and family present. According to Nicki Fioravante, his publicist, Boseman was first diagnosed with Stage III cancer in 2016 and underwent several treatments while still finding time to act in major movies.

Most fans did not know of Boseman’s health condition until his death was announced on his personal Instagram account.

“It is with immeasurable grief that we confirm the passing of Chadwick Boseman,” the announcement stated. “A true fighter, Chadwick persevered through it all, and brought you many of the films you have come to love so much…all were filmed during and between countless surgeries and chemotherapy.”

Born and raised in Anderson, South Carolina, Boseman was the last of three boys, the New York Times wrote. His mother was a nurse and his father a staff member with an agricultural company. He attended Howard University and later had small roles in TV until 2008 when he acted in “The Express”, a football drama movie. Then in 2013, he starred in “42”, a movie portraying the life of baseball star Jackie Robinson. Incidentally, Boseman died on an actual day that Major League Baseball set aside to celebrate the life of Robinson.

He starred as soul musician James Brown in “Get On Up” in 2014, and also in Marvel’s 2016 “Captain America: Civil War” and then later as Supreme Court Justice Thurgood Marshall in “Marshall” in 2017. Boseman’s real breakthrough came in 2018 when he starred as King T’Challa in the movie Black Panther which was produced by Marvel Studios.

African-Americans and people of African heritage flocked to the cinemas dressed in African attires and accessories to watch the movie which told the story of an African country which was technologically-advanced and had a mythical king.

It was the Black Panther movie that shot Chadwick Boseman to global fame. The movie generated over $1.3 billion in box office sales and got nominated for an Oscar award. In fact, Marvel has announced that it will be releasing a sequel to Black Panther and fans all over the world are waiting for its release. In 2019, Boseman also starred in “21 Bridges” and “Da 5 Bloods” by Spike Lee. He also featured in “Ma Rainey’s Black Bottom” and was on to bigger things before the relapse of his colon cancer got him down.

Boseman was a man who was mindful of his words in public and attended only selected public events. He died without any children and was survived by his wife and father and siblings.