Stranger Things literally took the world by storm last year. Everyone was talking about Eleven’s Eggo love, Dustin’s funny way of talking and demanding justice for poor Barb ( she still deserves it). But after the first season ended we realized we had to wait a WHOLE year to see what will happen in the Upside Down world and if Eleven is still alive.

Even though, we still have to wait a long time, during Sunday’s Superbowl we’ve got a taste of what Stranger Things season 2 holds. Take a look at the short but awesome trailer

The wait is finally over, in a sense. Since the trailer of Stranger Things 2 has finally been released. Giving us a sneak peek of some scenes of the new season.

The trailer reveals new monsters and makes us wonder what will happen. Showing us that the “upside down world,” might be closer than we might think. Also, it shows us an image of Eleven. Leaving us with the hope that she is still alive.

The trailer opens with something that became iconic in the show. As Eleven got obsessed with the Eggo’s waffles. Then it gets a bit creepy. As we see Eleven with her bleeding nose and some things that seem like  the “upside-down world.”

This gives us a reliever, I mean she’s there so she’s alive right? Those eyes remember me of Jhon Snow’s revival. But it also makes us wonder: Is she ok? Is she trapped in the “upside-down world”? Is she going to reunite with the other kids?

Also, one of the things that many of us expected at the end of the first season of Stranger Things was to know more about the “upside-down world.” It seems that this time we will learn more about it.

Another thing that we hope to discover is why “upside-down world,” and its creatures are mingling with our world. Since the finally of the last season featured Will with some messed up world crossing in front of the mirror.

By the end of the past season, we saw one of the creatures of the “upside-down world.” But if it’s a complete whole world that means that they’re more. This is something that the trailer of the upcoming season of Stranger Things 2 shows us.

We presume that this drawing made by Will might mean a new giant monster that appears in our world. 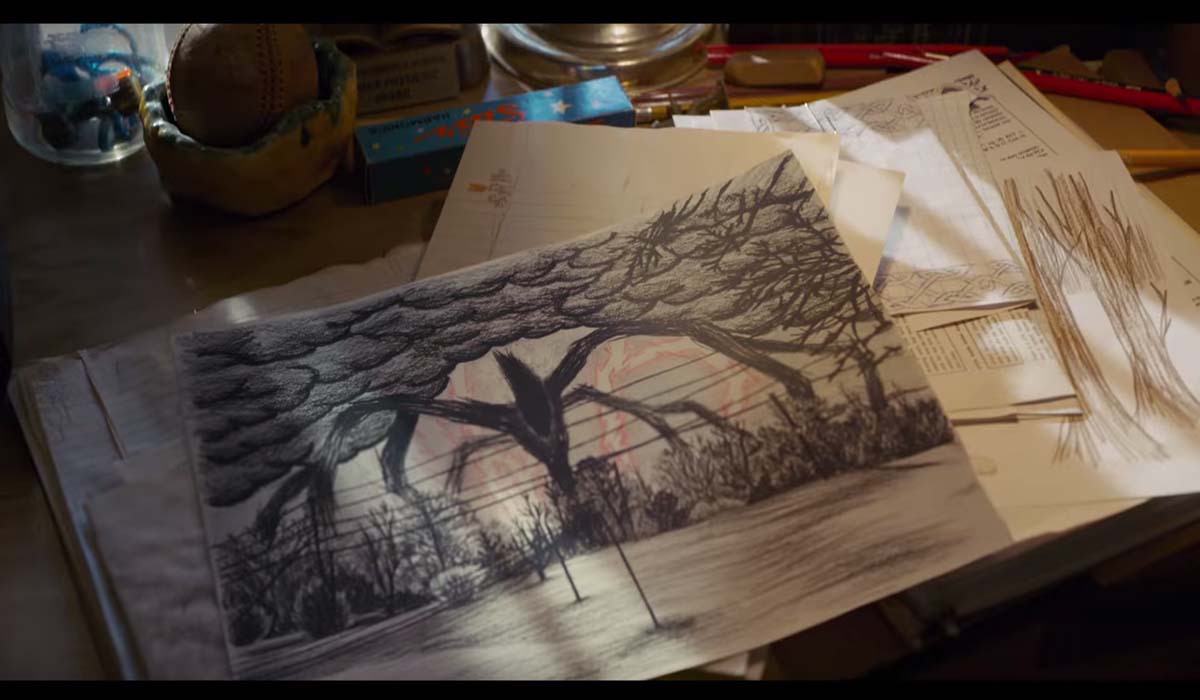 The world is turning.

Once again we are left with most questions than answers by the guys of Stranger Things. Making us crave even more. Making the expectancy even harder as wee now have all these new doubts.

But the only kind of sure things we do know is that it seems that the “upside-down world,” is turning around, that Eleven is alive and that it well be awesome. The new season is set to be released this Halloween, according to the trailer.