Dia de Los Muertos or the “Day of the Dead” is a Mexican celebration of the dead that have passed on into the next world and celebrated on November 2nd.

While the holiday has become something of a companion piece to Halloween in America, is actually not Mexican Halloween and holds importance to Mexicans identity.

Dia de Los Muertos is a celebration to honor loved ones who have passed away. Families celebrate it by visiting ancestors in cemeteries. They build altars with the passed away loved one favorite thing and sharing memories of their time together.

Day of the Dead celebrations dates back 3,000 years. It began with Aztecs honoring of the dead. Then it evolved after Catholicism arrived in Mexico to the modern day celebration.

Celebrations typically run from Halloween, October 31, to All Saints Day on November 2. Some Americans might recognize it by the sugar skull aesthetic while others might know a bit more about the celebration.

Both holidays are held on October 31st. But Halloween is just a one-night event, while Dia de Los Muertos is a three-day event.

Halloween is short for All Hallows Eve. The night before All Saints’ Day, a Catholic celebration commemorating saints and martyrs brought up by Irish years ago.

Following All Saint’s Day comes All Souls Day, that honors all the Christian departed, and it’s celebrated on Nov. 2.

The three events are sometimes referred to as Allhallowtide and all of them are part of the Day of the Dead celebrations.

And that’s just one major distinction between these events.

Clearly, death and the afterlife are the key to these events, while Halloween’s connection tot he afterlife has been stripped from the holiday there are aspects of the celebration that still touch death.

Halloween tends to focus on our fear of mortality and the spookiness of the unknown and the afterlife, we’ve got scary costumes and lots of ghosts, ghouls and other spirits all around us in decorations and such.

On the other hand, while the Day of the Dead focuses on death is not about the scary side of it but rather about laughing in the face of it. This is depicted by skulls and Catrinas. The holiday is also about remembering the lost ones and celebrating their lives instead of mourning them.

Day of the Dead is a joyful and colored celebration hold in Mexico and in other countries of Central America.

There’s a wide variation in the way Day of the Dead is celebrated across the region and the holiday is constantly evolving. Halloween costumes are becoming more common and large parades have become part of the holiday, especially in Mexico. 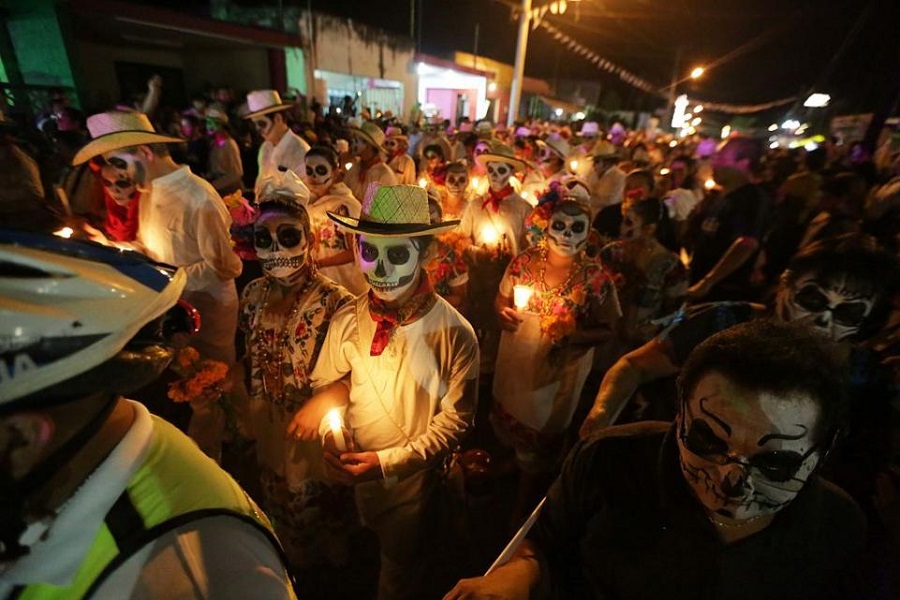 Day of the Dead symbols

Day of the Dead has lots of symbols carrying deep meaning behind them, such as the popular paint skull make up, and the less popular marigold flowers, altars and so on.

Posada satirized death and citizens who imitated the styles of white people with skeletons performing everyday activities, which eventually came to be La Catrina. La Catrina wears a fancy hat and a long dress and is meant to laugh in the face of death.

La Catrina has become the main symbol of the holiday. Day of the Dead includes other symbolic elements such as the altars.

The altars are built in the families’ homes in order to honor the ancestors. Its centerpiece is a picture of the loved one and personal possessions in order to create a familiar setting for the spirit.

Altars also include papel picado or paper cutouts used as decoration with images of skulls. They represent the sky, wind, and fragility.

Ceremonies are really highly aromatic with people using copal, a pine resin incense that dates back to the Aztecs, helps attract spirits.

Marigold flowers decorate the altar, dor Mexicans these flowers are the flowers of the dead and its scent helps guide spirits home.  Tealights and small candles also decorate altars.

How Altars are built

Altars also include food, such as sugar skulls decorated with bright royal icing. They represent both death and the sweetness of life. And also Pan de Muerto, Bread of the Dead, which is baked with bones crossed on top. It represents the souls of the dead.

Altars are also filled with the loved one’s favorite things such as the favorite food, drinks, and music. After all, they’re honoring their ancestors and what best way to do it than with the very best!

Day of the Dead’s iconography has spread into nations that don’t typically celebrate the holiday, and Hollywood has taken notice. 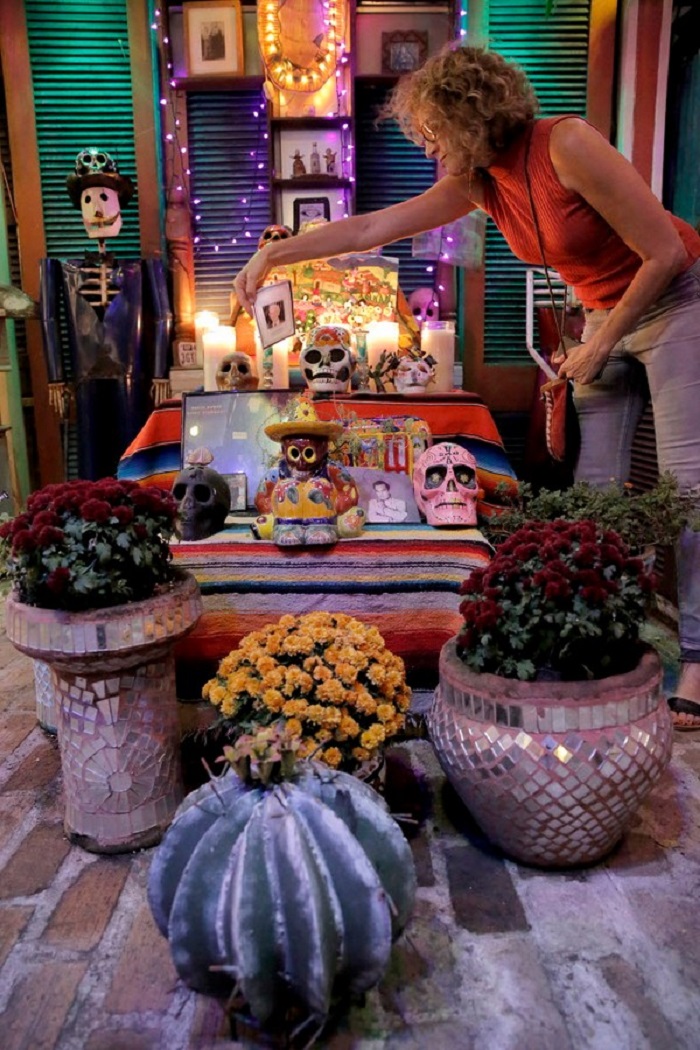