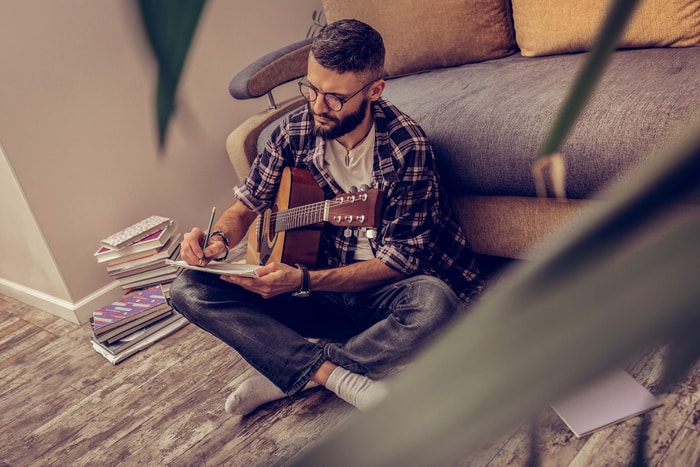 There’s no clear way why artists create a disturbance through their work. Music is one of the mediums for self-expression and most of the time it can stem from personal experiences and perspectives of the songwriter. Topics such as sex, violence, politics, and religion can really challenge and upset the public if discussed explicitly. Somehow, the controversy adds to a song’s popularity and leaves an afterthought for generations to talk about. The more controversial the song is, the more people download it, even going as far as turning music from youtube to mp3, just to have a copy of it.

Here are the ten most controversial songs ever written:

This modern song was heavily criticized for promoting rape culture and the misogynistic way it portrayed it in its music video. The lyrics convey how men justify their actions as consensual because females lead them on. With the phrase “You know you want it,” many rape victims are triggered because it’s a term rapist usually say when they commit the crime. Nevertheless, the song was quite famous despite gaining notoriety.

This rock song is one of the all-time most disturbing songs mainly because of its lyrical content and shocking music video. It catapulted the band into success, though, making it one of their best hits. The content of the song explicitly describes primal sex, with the music video showing a lot of fetishes and scenes that can be considered blasphemous.

3. God Save The Queen – Sex Pistols

With the title taken directly from the UK’s national anthem, BBC banned this popular song when it was released during Queen Elizabeth II’s Silver Jubilee because it was somewhat insulting. The album cover was also controversial as it had the Queen’s picture with her eyes and mouth covered with the song’s title and band name. The song was meant to stand up for the Royals’ “fascist regime” and as a way to sympathize for the mistreatment of the English middle class.

As bad as the song title suggests, an actual teenager from Indio, California, shot himself and was believed to have been listening to it hours before he pulled the trigger. A lawsuit was filed against Osbourne, but the court eventually dismissed the case. The underlying message of the song was actually anti-suicide as it was written for AC/DC’s Bon Scott who died due to alcoholism.

5. Killing In The Name – Rage Against The Machine

This notorious song was written to stand up against racism and police violence during the LA riots. The use of foul language numerous times was a punch towards the injustices suffered by society as a whole in the hands of institutions supposedly meant to protect them.

While the rapper continues to have a string of controversies tied to him even in recent times, his raw, unhinged songs when he was starting out really made him who he is today. Considered to be one of Eminem’s most celebrated compositions, “Kim” is an angry ode to his ex-wife, Kim Scott. This dark piece contains his brutal fantasy of murdering Kim and throwing her body into a lake. If you’re a longtime Eminem fan, you know how the man loves incorporating shock value into his work, but this one just takes the cake.

This song features Dido’s “Thank You” and is a perfect mash-up with Eminem’s verses. It tells the story of one deranged fan who got angry when Eminem fails to respond to him on time and commits suicide while tying his pregnant girlfriend inside his car’s trunk. By the time Eminem tried to write him back, he had seen the news of someone falling into a river and realized it was Stan. Due to the song’s popularity, the name “stan” is now a slang word used to describe a crazy fan.

Another protest song about racism and police brutality, F*ck Tha Police is one of Rolling Stone’s 500 Greatest Songs of All Time. The lyrics challenge the police department and how the system is used to abuse and bully people of color. In pop culture, most black artists refer to it a lot in their own music, as well as stand up comedians in their jokes, and even in movies.

This song openly talks about suicide, which was inspired by the vocalist, Jacoby Shaddix’s, friend who went through a difficult period in his life. A lot of teens at the time were also going through a similar phase, and the lyrics just cut deep. The hopelessness in the verses describes a graphic way of wanting to die.

Surprisingly, this song is about anti-rape, as claimed by the band’s vocalist, Kurt Cobain. The lyrics depict a woman’s reply to her rapist to just “go ahead and rape me because you’ll eventually get what you deserve.” The band initially wanted to play the song for their performance on the 1992 MTV Video Music Awards, but was told not to or else they’d suffer serious consequences. They relented and played another one of their songs instead, but first gave a little prank on the show execs by playing a short intro of “Rape Me.”

Although controversial, some songs have made their mark on history and will forever go down as legendary. They inspire change and even launched the careers of those who made them. Most artists want to stand out, and they’ll do anything to be remembered, even challenge the norm. They’re actually good quality music and worth checking out.