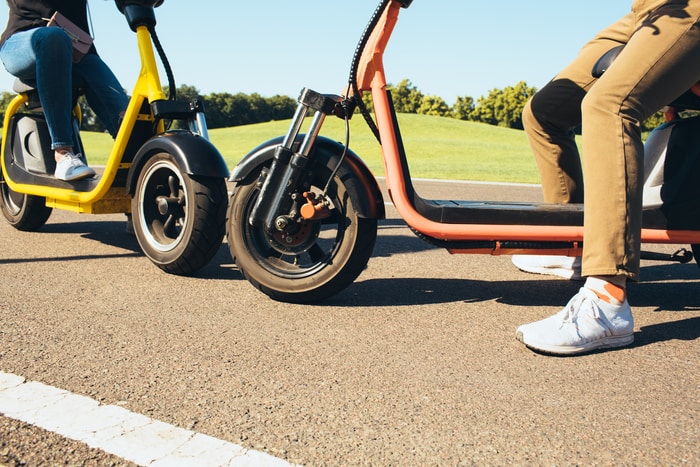 While the invention of vehicles has definitely eased our lives in numerous ways, it has also caused one of the most troubling problems we’re dealing with today, worldwide – we’re referring to pollution, of course. At the same time, transport infrastructure poses a wide range of challenges, and the public means of transportation isn’t always efficient. Nonetheless, a new invention seems to address this problem that affects most countries in the world – that would be electric scooters, of course.

What Triggered the Increase of Scooters?

It goes without saying that traveling in dense, overcrowded areas with a car is far from being efficient and practical. This applies especially if the distances are rather short. That would be because parking spaces are scarce, whereas the roads are usually congested.

Thereupon, many cities incorporated bicycle-sharing services, as this addresses the pregnant issue of pollution, which shouldn’t be overlooked. With that in mind, riding a bike is much more efficient if the distance is rather short, not to mention that it doesn’t emit any carbon.

Nonetheless, not everyone is keen on riding the bicycle, which asks for a different solution to the same old problem. This is where street legal electric scooters come in. The aim of electric scooters is to provide a quick and efficient means of transportation, which isn’t harmful to the environment, nor does it contribute to the worsening of the traffic.

Uber Has Displayed Interest in E-Scooters

Moving on, the efficacy of scooters has been pinpointed even by the one and only Uber. Why is that? The company has been motivated by the fact that numerous of the ride-sharing trips are short ones. This is what makes e-scooters more than fit for the job.

Now, if Uber were to shift from cars to e-scooters, when it comes to short-distance passengers, it would be able to diminish operating costs by reducing the number of drivers. The drivers that would be remaining would be focusing on transporting passengers that travel longer distances.

Expressly, in comparison with shared e-bikes, shared e-scooters feature numerous advantages. For one thing, the rider can stand up. This will prevent your clothes from getting wrinkled – which is likely to happen when biking. At the same time, the posture is more convenient for women as well – especially when wearing skirts or dresses, which could make biking a bit uncomfortable.

At the same time, in contrast with bicycles, e-scooters are much easier to maneuver. So, for congested, overcrowded cities in which the roads are pretty narrow, this can really make a difference, in terms of efficiency. Also, depending on the area, in some locations, e-scooters aren’t subject to specific helmet requirements.

Nonetheless, the question of whether e-scooters should be street legal, permitted on both roads and footpaths, is yet to be answered. This matter is open to debate. Even so, considering the way in which traffic has evolved during the last couple of years, one thing is for sure, the invention of e-scooters is more than welcome, as they are convenient, practical, easy to maneuver and fast. What more can you ask in the 21st century?