Last month, Zayn released “Still Got Time”, a lightweight, Drake-inspired brand new single, featuring PARTYNEXTDOOR. Now, the former One Directioner shared the official video for the song, showing everyone that he really knows how to party.

If his sexy debut solo album, ‘Mind of Mine’, wasn’t enough to shake off his boy band image, the British singer has released a NSFW video for his new song “Still Got Time”, where he’s shown smoking –definitely not a normal cigarette, drinking, and even getting a tattoo.

The partygoers are even wildered, grabbing crotches, making out, pouring tequila down their throats and tagging walls. Zayn checks out on them a couple of times, but he seems pretty careless, with a green cocktail in his hand.

Zayn didn’t want to just shoot a video of a party, he wanted to actually throw the party. A marathon two-day party, to be specific.

LA director Calmatic was the chosen one to make Zayn’s dreams come true. “I was asleep in LA when I got a call from Zayn’s management at 7 am,” the director stated in an interview with Rolling Stone. “They told me to hop on the next flight to London. It was my first time in London, so I didn’t know what to expect.”

When he met Zayn and his crew, the singer told him that he wanted to throw the wildest house party imaginable. “So we invited everyone we knew and let the cameras roll. The rest is history.” 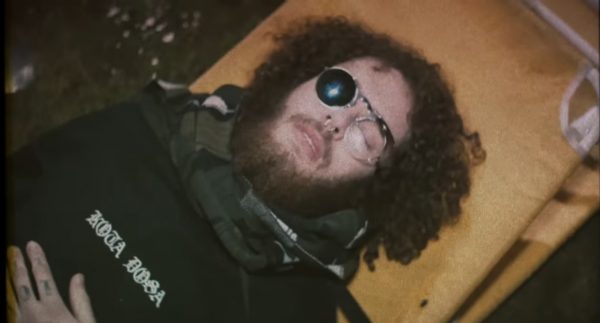 According to a source in The Sun, Zayn opened the doors of his £4million North London mansion and transformed it into the set of his wild bash that lasted the entire weekend. “It was totally wild. There were scantily-clad women everywhere, dancing in the pool and in the gardens… There were people falling out of the house and staggering up and down the road all night.”

Strangers, stripers, and even an alligator and a monkey could join the singer’s celebration. As for the stripers, the source said they were booked at the last minute. They located them through an urgent text message saying: “Stripper girls needed — £360. We need a lot of you. The shoot is today in North London. Need to be in North London for around 5-6pm. May be needed ’till midnight.”

Producers promised they would be done by the evening, but things got out of hands, and the DJs deafening music and chaos on the streets lasted until 4 a.m.

After his successful debut as a solo artist, it was a matter of time for Zayn to work on some new material. The song is catchy, has the “chill” vibe everyone’s craving so hard these days, and is hardly influenced by the trop-pop sound established by Drake, more dramatically on his last release, ‘More Life.’
“Still Got Time” is the first taste of Zayn’s new album, which is supposed to be out this summer. If the rest of the tracks follow the first single’s formula, the record will be not other but a hit from the singer that already has nothing to prove.