Gwyneth Paltrow and Angelina Jolie have claimed Hollywood mogul Harvey Weinstein made unwanted advances on them. The actresses have come forward to detail their experiences with the notorious producer in the wake of the Weinstein scandal.

The Harvey Weinstein scandal continues to snowball, and it’s already made a list of over two dozens victims, as accusations continue to come to light.

Now, actresses Angelina Jolie and Gwyneth Paltrow have come forward to detail their experiences with the Hollywood mogul.

Angelina Jolie shared an experience with the producer dating back to the 90s when she was promoting the film Playing by Heart.

“I had a bad experience with Harvey Weinstein in my youth, and as a result, chose never to work with him again and warn others when they did,” she said.

“This behavior towards women in any field, any country is unacceptable.”

Gwyneth Paltrow had a similar story to tell. The actress explained that the producer invited her to a work meeting, and once she was there he placed his hands on her and suggested her to make him a massage.

The actress opened up about the incident to her then-boyfriend Brad Pitt, who confronted Weinstein and warned him not to touch her again.

While Paltrow achieved great success through her working relationship with Weinstein, she was expected to stay silent on Weinstein’s sexual harassment.

“He was alternately generous and supportive and championing, and punitive and bullying,” she said.

“We’re at a point in time when women need to send a clear message that this is over…. This way of treating women ends now,” the actress concluded.

Paltrow and Jolie are the latest names adding to a long list spanning over 20 years, of actresses opening up about sexual harassment made by the producer.

While he initially apologized for his actions, the producer Weinstein has since denied all wrongdoing through a lawyer. Over the weekend, he was fired from The Weinstein Company. 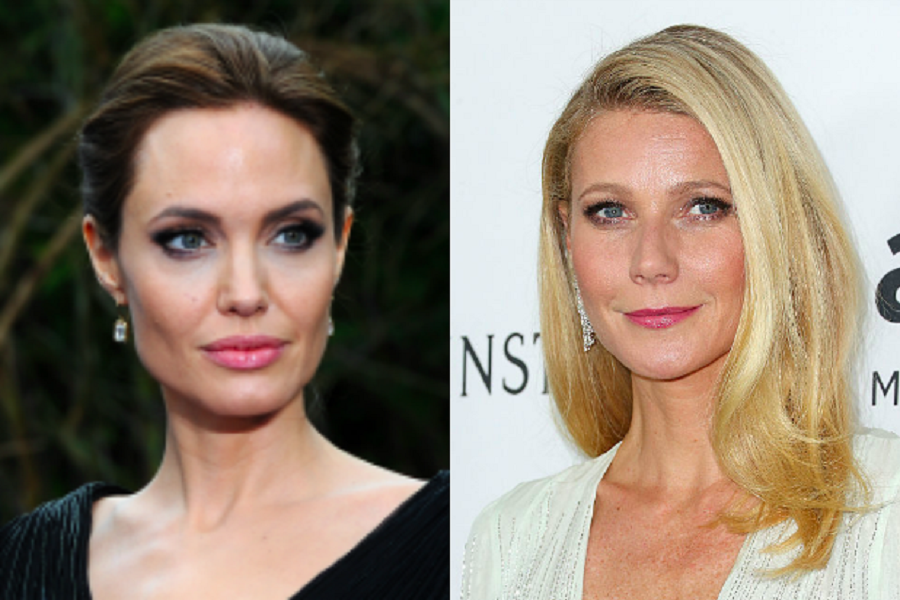 Chapman broke her silence and told People she was leaving the film mogul she married in 2007. The designer first stated she would stick by her husband when the accusations first broke.

Her recent decision came as some on social media called for a Marchesa boycott, which is her fashion brand.

“My heart breaks for all the women who have suffered tremendous pain because of these unforgivable actions. I have chosen to leave my husband, ” read her statement.

“Caring for my young children is my first priority and I ask the media for privacy at this time.”

Weinstein and Chapman have two small children, ages 7 and 4.

Chapman founded Marchesa in the same year she met the Hollywood mogul. After their marriage, they became a Hollywood power couple. Marchesa continued to feast on the fruits of Weinstein’s celebrity connections.

The brand used to dress the actresses that play roles in Miramax productions.

Backlash and boycott in the wake of shocking statements

Marchesa is not the only brand facing backlash over the Weinstein scandal. Designer Donna Kara, the former founder of DKNY, is facing huge backlash after coming in defense of Weinstein.

On Sunday, Karan made remarks in an interview to Daily Mail suggesting that Weinstein’s alleged victims may have been “asking for it” questioning the way women dress and present themselves.

The designer has since apologized for her comments, and released a statement on Monday, saying she believes “sexual harassment is NOT acceptable and this is an issue that MUST be addressed once and for all regardless of the individual.”

Despite her apology, people are not having it, with some calling out for her comments and calling for a boycott of her brand.

Celebrities have also weighed in calling Karan out for her comments.

Donna Karan, is walking a dark street in bra & panties, "asking for it" or just a really bad idea?
This is your ad. 😬 pic.twitter.com/sVF7sDtvCH

Will be tossing all my @dkny clothing. Donna Karan says women deserve to be sexually assaulted beause of the way they dress. #boycottdkny pic.twitter.com/HIsOjPbzzr

Do you think major retailers should drop DKNY like they did Ivanka Trump's line? #BoycottDKNY

No more Donna Karan for me https://t.co/QsflmGq7hz

To @dkny How many seventeen year olds have you dressed like they are, in your words, "asking for it "? https://t.co/oYyO9tfFKz pic.twitter.com/Fck0h5m13R

Donna Karan you are a DEPLORABLE Aiding and abetting is a moral crime. You are scum in a fancy dress pic.twitter.com/Vze7lnpdvj