Coming back clean.  Amanda Bynes sat down for an interview with Hollyscoop’s Diana Madison on Friday. The once-troubled actress opened up about her health and plans.

She also announced she’s clean and sober and is ready for an acting comeback and maybe getting her fashion line.

Amanda Bynes granted a rare interview on Friday which marked her first in four years since she dipped out of the public eye in 2013.

The former child star has a few things on her plate as she looks to jump back in the spotlight. She became tabloid fodder given some erratic behavior which started in 2012 following a DUI arrest.

Amanda’s spiral continued and included a second arrest for marijuana possession — during which she tossed a bong out of her 36th floor Manhattan apartment — and two hospitalizations in which she was placed on psychiatric hold. 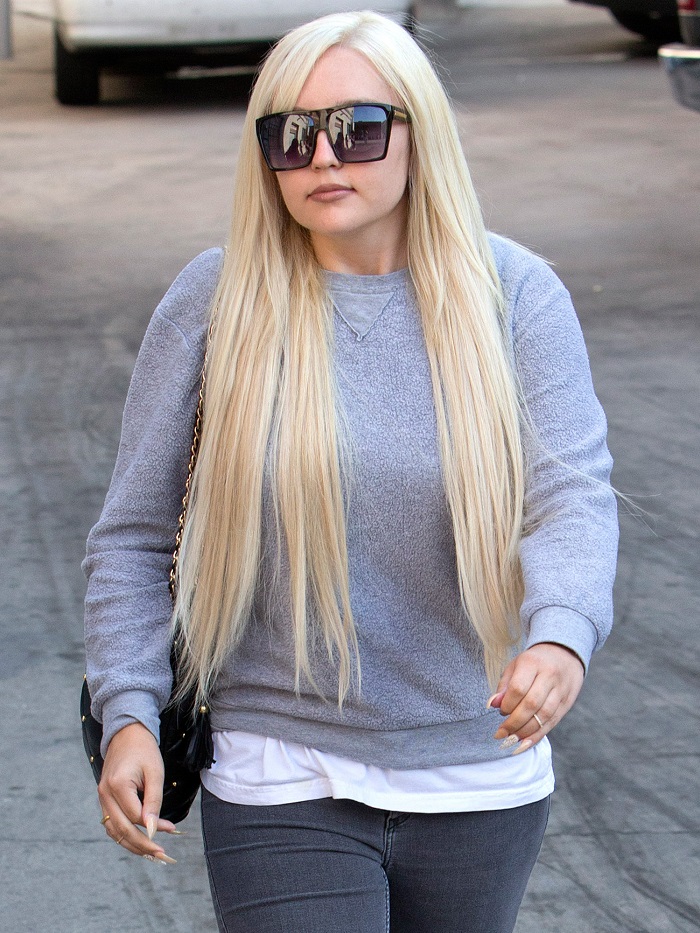 But now the former Nickelodeon star is ready to get things back on track, in fact, during the interview with Hollyscoop’s Diana Madison, she revealed she’s been sober for three years now and said, “I’m doing great, thank you. Great.”

The actress also revealed that she has been attending the Fashion Institue of Design & Merchandising in Los Angeles and aims to start her fashion line.

“I’ve been going to school lately, fashion school—FIDM. And I love it. I’ve learned how to sew, I’ve made patterns, and I want to start a clothing line in the future, so FIDM has been helping me with that,” she said.

Amanda had previously made the update via Twitter on August.

Other than pursuing her interest in fashion, Bynes says she’s been spending her time exercising and doing charity work.

“I hike, I go spinning, take spinning classes and I feed the homeless, and that’s been really interesting and fun,” she said.

Hi everybody! I haven't tweeted in a long time and I want to say hi! I've been really busy at FIDM, and I just finished my midterms.

During the interview, Amanda proved that Amanda Bynes’ love for Drake is real. In 2013, during Amanda’s dark days, the actress made a series of nasty tweets she sent rapper Drake. However, one particularly made the rounds in the tabloids.

The actress tweet reads, “I want @drake to murder my v****a”. When she was asked about it in Friday’s interview, she said, “I wasn’t being insincere, I was like saying, ‘Murder my va***a.’ I was serious, but I was also on drugs.”

And while Bynes admits those might not have been the best words to use, she still feels strongly about what they imply.

And this wasn’t the only tweet Bynes directed at her celebrity crush at the time. Three months after posting the initial tweet, the actress labeled the rapper “ugly”. However, she later apologized and called him the “man of her dreams”. In her last tweet posted in July 2013, she wrote, “Drake is gorgeous.”

On acting and a future comeback.

Since Amanda is doing well and has her health issues in order, she’s considering plans to revisit the industry that made her a star.

During her very first interview in four years, the actress said, “I do miss acting”

The actor is open to options, whether small parts or leading parts.

“I want to do TV — maybe a few guest spots on some shows that I’m a fan of, or maybe another TV show where I’m the star of it,” she said.

Amanda grew up starring in Nickelodeon shows such as All That and The Amanda Show, which she starred for three years, from 1999 to 2002.

She then jumped to WB where she starred the sitcom What I Like About You from 2002-2006. Amanda starred in movies Disney movies such as Big Fat Liar and Charlotte’s Web 2. Her TV success was then followed by the big screen success. Bynes stars in films such as Hairspray, What a Girl Wants, and Sydney White.

Bynes’ last acting credit was in 2010’s Easy A with Emma Stone.

Amanda announced her retirement from acting via Twitter in 2010 when she was just 24 years old. She won several Nickelodeon Kid’s Choice Awards, Teen Choice Awards. She was also nominated for a Screen Actors GuilAward and an MTV Movie Award.

At the time she explained that being an actress isn’t as fun as it seems. She also said that she was only playing the parts directors and producers wanted her to play.

“If I don’t love something anymore I stop doing it.” Hence, the abrupt end to her still-budding acting career.

Bynes wrapped up her rant with a pretty solid declaration. “I know 24 is a young age to retire, but you heard it here. First I’ve retired,” she wrote.