Voting is a duty, but not all the citizens vote. Yep, some people believe that their vote doesn’t make any difference; others just believed that it doesn’t really matter who wins, the situation would be the same on the country. This sucks right?

But, in case you think that not voting in the elections is the worst thing ever?  I gotta tell that there are worse things, and I don’t mean to lesser the importance of voting, but I mean worse things can happen to people every day.

Some are really funny, others are weird and others make you go like “Really?” So, prepare to laugh for a while and check it out.

15. Being attacked by a peacock.

I don’t think this girl will come back to the zoo for a few years!

Someone has to repair their car and be more careful…

Probably, she won’t wear shorts in a while.

12. Being this firefighter and being unable to laugh of this girl.

That firefighter has to be wondering what the hell was she doing there ?

11. Paying for this ice cream and don’t eat it.

Showing off that huge ice cream had horrible consequences.

10. Yep, spilling a drink in your pants just before a long flight…

It would be terrible, the smell, ugh.

9. Eating spaghetti and driving at the same time.

And the spaghetti never got to his mouth, what a shame.

8. Having to go with the bathroom and being locked out on the basement.

At least he can play in the little house! 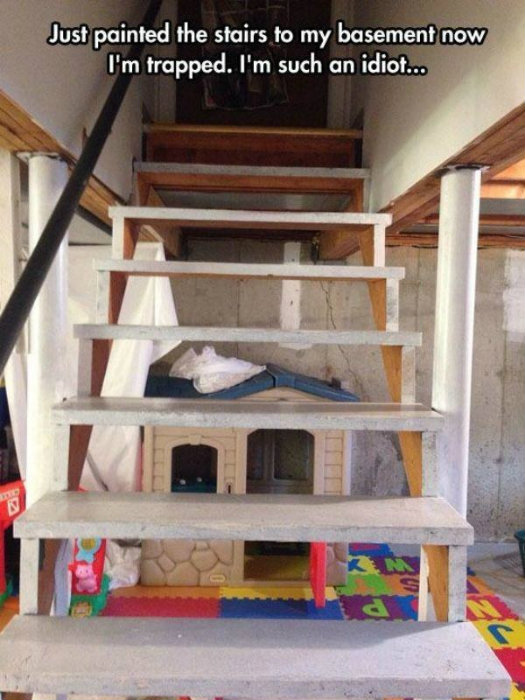 7. Talking to the principal with this pants.

Can you imagine going to an interview with the principal looking like this?

6. Eating this burger at lunch.

I guess he didn’t mean it that literally.

5. Being on this car during the attack.

After being attacked by a bee, who is going to clean all that mess?

4. Making a call from this cellphone.

Imagine that it’s an important call and that you have to answer, would you do it?

3. Waking up with this mark on your body

That’s just over the top.

2. Being delay on a flight and that this happens to you.

The real question how the hell did it ended up like this? Good luck with that!

1. Not voting in the election is not worst than not eating this ice cream.