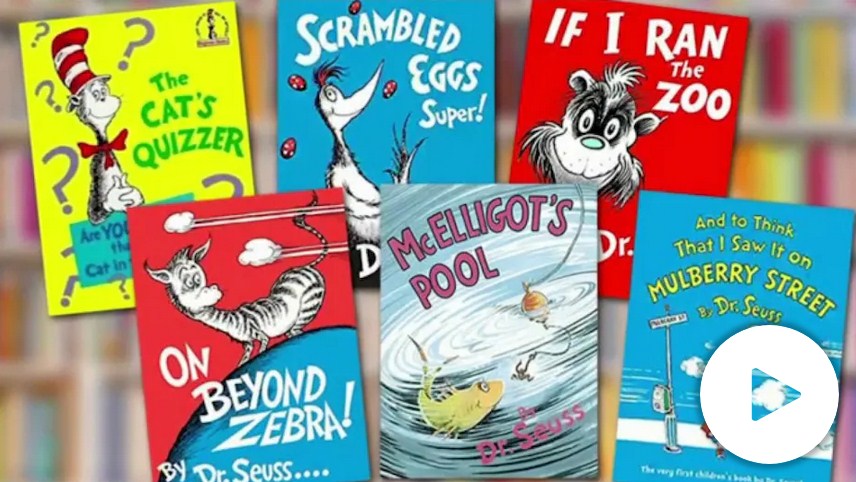 Six of Dr. Seuss’ books have become bestsellers on Amazon and Barnes and Noble after they were banned for containing insensitive and racist imagery. The Dr. Seuss Enterprises which manages the publication of the late author’s books said the six offensive titles will no longer be printed even though they are now out of stock, but this does not prevent the books from becoming bestsellers and hot items on booksellers’ websites.

The six offensive books are “And to Think That I Saw It on Mulberry Street,” “If I Ran the Zoo,” “McElligot’s Pool,” “On Beyond Zebra!,” “Scrambled Eggs Super!,” and “The Cat’s Quizzer” are no longer available for purchase on Amazon and B&N and a few persons who listed the used copies for resale on Amazon and elsewhere price each of them for as much $900 per copy.

Just two days ago, the six books and others authored by Seuss were nine out of top 10 bestsellers sold on Amazon and B&N. One independent seller listed a used hardcover copy of ‘The Cat’s Quizzer” for $900 on Amazon while another on eBay listed four of the books for $4,000 after news of their ban.

The Dr. Seuss Enterprises agreed that the illustrations are offensive and stated that the books will no longer be reprinted for the market.

“These books portray people in ways that are hurtful and wrong,” the enterprise stated. “Ceasing sales of these books is only part of our commitment and our broader plan to ensure Dr. Seuss Enterprises’ catalog represents and supports all communities and families.”

Despite his death, Seuss’ books remain very popular with the American public and Forbes revealed that he earned an estimated $33 million before tax for the sales of his books in 2020 even though he earned $9.5 million in 2016. Following the legendary Michael Jackson, Forbes said Seuss is the Number 2 highest-paid dead celebrity of 2020 and this underscores how much sales the late author’s books are generating annually.