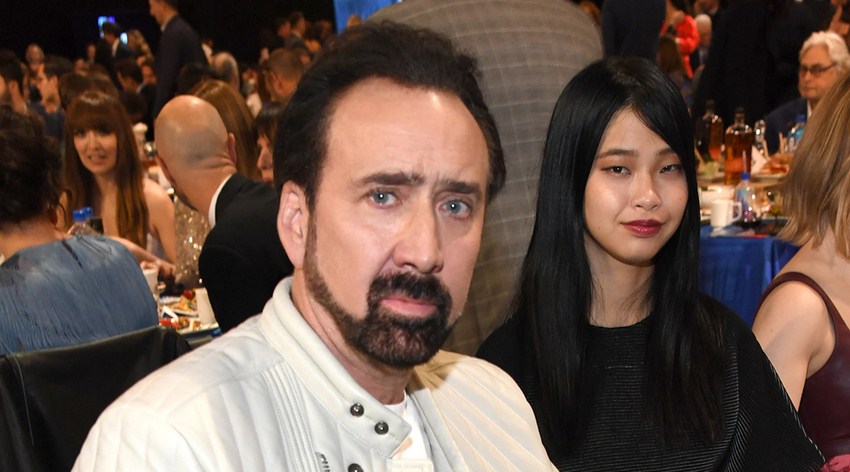 Popular actor Nicholas Cage has gotten married for the fifth time. The 57-year-old National Treasure star got married to girlfriend Riko Shibata, 26, at the Wynn Hotel in Las Vegas on February 16. Shibata is Japanese, and she wore a Japanese bridal kimono for the wedding ceremony, but Cage wore a Tom Ford tuxedo.

Cage and Shibata met over one year ago in Japan. But in August last year, the duo got engaged via a video conferencing call. Cage was not able to make a personal proposal because of the travel restrictions and COVID-19 pandemic around the world. But after Shibata accepted his proposal via FaceTime, he sent her a black diamond engagement ring in the post.

“She left New York and went back to Kyoto, Japan, and I went back to Nevada and I haven’t seen her for six months,” Cage revealed during an interview. “We’re really happy together, and we’re really excited to spend that time together, so I finally just said, ‘Look, I wanna marry you,’ and we got engaged on FaceTime.”

The wedding ceremony was done the Catholic and Shinto way with an infusion of Walt Whitman poetry and Haiku. The wedding was a small affair and invitees were treated to a small reception party after the couple was joined together. According to the couple’s Nevada marriage license, Cage’s wife is now Riko Cage.

Cage had been married four times before this fifth marriage with Riko. He was married to actress Patricia Argguette from 1995 to 2001, and also married makeup artist Erika Kookie for only four days in March 2019. He then got wedded to Lisa Marie Presley from 2002 to 2004, and later Alice Kim from 2004 to 2016. Long before his earlier four marriages, Cage was involved with actress Christina Fulton with whom he has a 30-year-old son, Weston, and another 15-year-old son, Kal-El, from his marriage to Kim.

Former wife Alice Kim attended Cage’s new wedding with Riko since she and the actor are still very good friends.