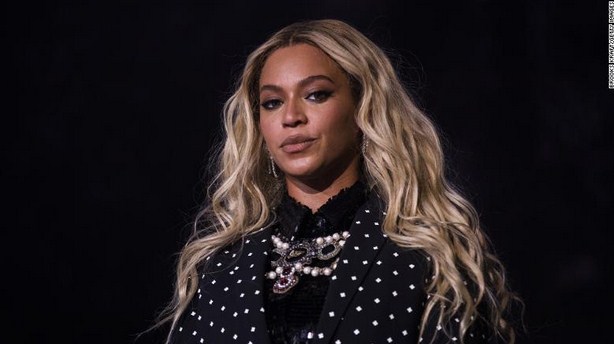 Beyonce has sung a touching tribute to the memory of 13-year-old Lyric Chanel who lost the battle to brain cancer and anaplastic ependymoma. Chanel was an ardent fan of Beyonce and knew almost all her songs by heart; she was known as a superfan of the award-winning music artiste. But the teenager died on Friday after battling the disease for two years.

Beyonce became attracted to the plight of Chanel when the latter posted a video where she beautifully sang one of Beyonce’s hit songs. Following the posting of the song and her family’s documentation of Chanel’s battle with cancer, Chanel gained a large following on social media, and Class A celebrities such as Cardi B and Trae The Truth among others got attracted to her situation.

In September last year, Beyonce sent a pack of flowers to Chanel while she was recuperating in hospital following her fourth brain surgery. The artiste also penned a moving message to inspire Chanel on a card she sent to her while she recovered.

“Honey, Honey I can see the stars all the way from here, I can feel the sun whenever you’re near,” Beyonce wrote. “I was so moved to see how these lyrics inspired you, not nearly as much as you inspired me. I can’t wait to meet you one day, and I’m so happy you’re home safely. You are a survivor. God bless, B.”

After the death of Chanel on Friday, an Instagram account is known as Go Gold For Childhood Cancer shared the news of her death after her family had made the unfortunate news public.

“Lyric gained her angel wings this morning at the age of 13 years old,” the Instagram account wrote. “Lyric bravely battled Anaplastic Ependymoma and endured more than a child ever should. She loved singing, listening to music, and dancing. I know she is most definitely dancing with all the angels right now. Watch over your family baby girl! You are forever missed!”

At Chanel’s death, Beyonce sang a few of her hit songs which were obviously the late teenager’s favorites. Some of these are “Brown Skin Girl,” “Halo” and “Love on Top” and the photos and videos of the dead girl played on the large screen as the artiste sang with tears and passion. When Beyonce sang the song “Love on Top,” she changed the lyrics of the song from “baby” to “Lyric” and this brought tears to the eyes of many people.

The details of Chanel’s funeral arrangement have not been released yet.