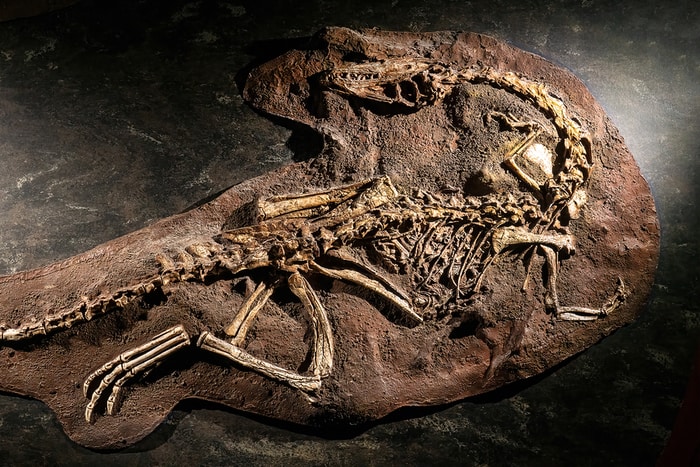 Scientists from the Museum of Natural History and Science have discovered a new species of meat-eating dinosaur named Dineobellator notohesperus. The feathered dinosaur was found in the San Juan Basin of New Mexico and estimated to have lived 67 million years ago. According to a study published in the journal Scientific Reports, the creature belonged to the dromaeosaurid (running lizards) family – a line of theropod dinosaurs that include raptors.

It was named Dineobellator notohesperus in honor of the indigenous Navajo Indians who occupied the south-western US location where the animal fossil was found. The name means “Navajo Warrior”.

According to researchers, the ancient dinosaur may have weighed between 18 and 22 kg with a length of about two meters. It was completely feathered with a whiplash-like tail which enabled it to maintain balance while chasing down prey. Its claws were five inches long at the end of strong forelimbs built for ripping through preys. The animal also had razor sharp teeth of about an inch long in its snouty mouth.

Study author Dr. Steven Jasinksi of the State Museum of Pennsylvania said the “last of the raptors” could “have been a bit longer than a wolf, but would have weighed less, about 50lbs because it was lightly built for speed and agility.”

Part of the remains dug up for study included the animal’s skull, ribs, spine, wing bones, and leg among others. Paleontologists said there was a scar in the hand claw of the fossil which indicated that the animal sustained a fatal injury fighting with another dineobellator. The scientists said the extinct animal probably hunted in the open habitat where it lived while bigger tyrannosaurids would have hunted at the forest edge so that they could ambush their prey.

“It lived alongside the southern cousin of T. Rex – the tyrannosaurid – which would eat it if it could catch it,” said Dr. Jasinski. “It probably did not do it often, or really almost ever. Unless one was injured or dying, a tyrannosaurid probably could never have caught one. They would have come in contact and interacted, although it’s more likely it would be a situation where Dineobellator took down a kill, and the southern tyrannosaur would have scared it off and taken the kill instead.”

Jasinski said the Dineobellator were cousins to birds and may have been evolving while birds evolved too. One thing, however, that scientists were sure of was that this animal became extinct while it was still in the process of evolution.