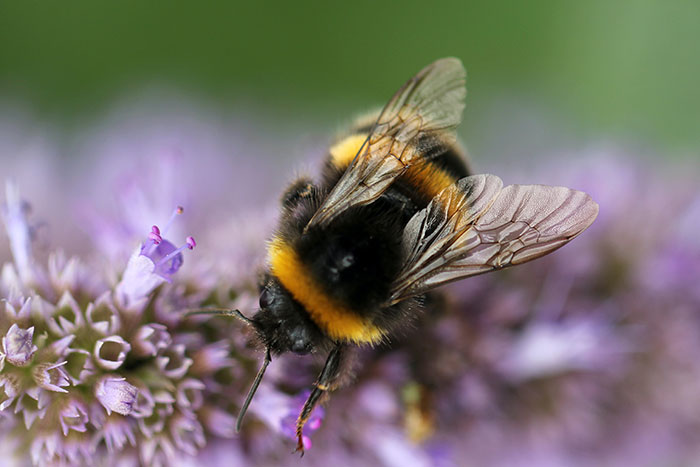 Researchers from ETH University in Zurich have found that bumblebees can wilfully damage plants and cause them to flower prematurely when there is a scarcity of food for the bees. The research was published in the journal Science.

The researchers led by Mark Mescher and Consuelo De Moraes accidentally discovered in the lab that bees intentionally attack plants and damage their leaves when there is a scarcity of pollens. The scientists found out the behaviors of the bees when they were investigating how plants respond to insect eggs and what these mean for plant pollinators.

The investigators surmised that it seems bumblebees have devised a way to survive given that they are constantly faced with threats of climate change, disease, pesticides, and habitat loss. These insects force plants to flower before their time in the absence of pollen by attacking their leaves.

To demonstrate that plants with damaged leaves could flower much faster, the researchers used razors and forceps to damage the leaves of plants in the laboratory. But they found that the plants did not bloom early as expected, suggesting that bees have a unique way of doing it or they release chemicals while doing it so that the plants can bloom faster.

“It’s quite possible that we are just not able to replicate detailed aspects of the bee damage that are important for the effect on flowering,” they said. “It is also possible that some additional cue, such as a chemical in the bees’ saliva might be involved.”

The scientists took their experiments outdoors and found that bumblebees in the wild do the same thing with plants with the same results when pollen is scarce. Although wild bees have the option of searching elsewhere for food from flowers from other plants, they still take the time to damage the plants in the immediate vicinity of their hives when food is scarce.

Funny enough, up to three different species of bees in the wild happens to do the same thing with the same results – suggesting that the behavior occurs naturally.

Mescher and De Moraes are planning to go further in their research in the future. They want to know if bees prefer to damage a particular type of plant, and whether they attack a certain part of the plant and also damage plants of a particular age. Ultimately, the scientists said they have been able to learn that bees are resilient and adapt their behavior to suit climate change and environmental threats.

It is also clear that bees can influence the availability of plants, and horticulturists might fight a way for plants to bloom much faster using the natural techniques of the bumblebees.