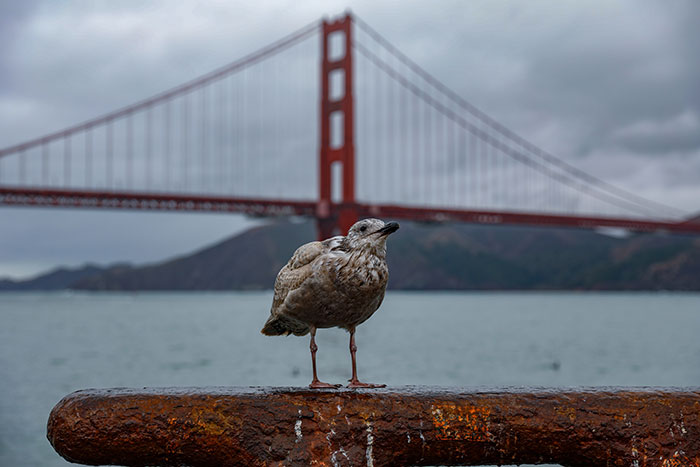 In a report that was published today in the journal Science, a behavioral ecologist at the University of Knoxville, Tennessee, Liz Derryberry, shared her findings on how the coronavirus lockdown increased the quality and proficiency of birds in urban areas in San Francisco. Derryberry had been studying white-crowned sparrows and the effect of urban noise on their communication system for decades.

The behavioral biologist stated that she decided to study the changes, if any, in the communication system of birds in the urban areas in San Francisco when she read an unusual report about coyotes crossing the Golden Gate Bridge in March as a result of restricted human movement and activities. She said that she expected changes in the songs of white-crowned sparrows but she was shocked by the vast difference her findings showed.

Male birds depend largely on their songs to protect their territories and make themselves appealing to females. The birds, Derryberry said, had to star in their voices before the pandemic which drastically reduced the quality and efficiency of the songs they produced. With the drastic reduction in noise pollution from vehicles and other motorized implements, the researcher’s finding revealed that the new songs of the birds were of higher quality, carried more information, and traveled twice as far as before the pandemic, National Geographic wrote.

“The pandemic has given us the chance to determine the extent of our activities and noise pollution on birds,” Derryberry said.

The research is not the first of its kind. There had been other researchers studying the effect of the pandemic on wildlife. Some of these researches have shown that the noises produced by ships drown out whale songs and that bat sonar are flattened by automobile traffic.  Derryberry stated that these reports should enable us to make certain changes to our lifestyles and activities to help preserve wildlife.

Sue Anne Zollinger, a behavioral physiologist at Manchester Metropolitan University in the United Kingdom, who also studies noise pollution in city birds stated that she was quite excited by the findings.

“There was such a huge difference in the birds in urban areas,” Zollinger said. “This was quite surprising as we expected a difference but certainly nothing this huge.”

Zollinger also reported her findings on the effects of vehicle noises on great tits sounds in the Dutch city of Leiden. Her findings show that great tits were emphasizing higher-pitched notes in their songs. She stated that the birds showed increased cortisol levels and decreased growth rate. The activities of man, if left unchecked, could lead to health issues such as a shorter life span for the birds.

Megan McKenna applauds the findings of Zollinger’s research. McKenna who works at Hopkins Marine Station at Stanford University is a noise pollution and animal communication, expert. She stated that calmer and more sensitive birds should also be studied for the effects of the pandemic.

Liz Derryberry suggested that noise pollution should be reduced in urban dwellings to help animals as well as humans. This, she said can be done through the creation of traffic-free zones or periods in busy cities. This development, she stated, will help preserve wildlife as well as humans who have come to realize the beauty and essence of nature and wildlife.