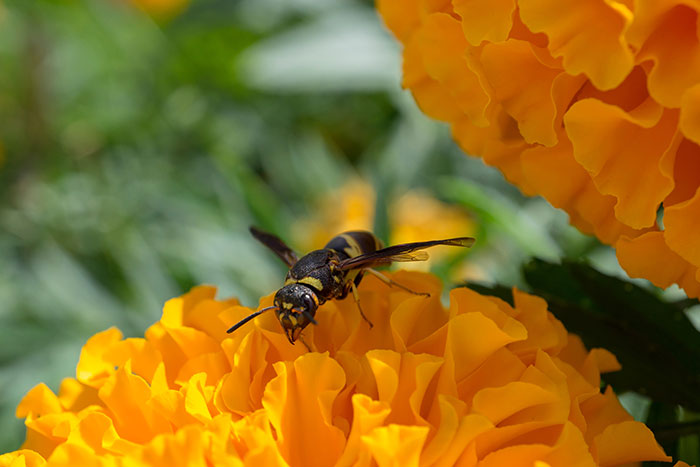 A swarm of deadly hornets from Asia has invaded the United States and sighted in Washington. The murderous insects which have been nicknamed “murder hornets” by experts at the Washington State University (WSU) threaten bee populations and kill up to 50 people every year in Japan. Their sightings mark the first time they would be seen in the United States.

Measuring over two inches long, the deadly hornets have fierce faces that look slightly funny, wispy wings like that of the dragonfly, orange and black stripes on its torso like that of a tiger, and unusual eyes like that of a housefly or even Spider-Man.

The hornets attack bee colonies and chop off the heads of bees as well as rip the queen apart. With entomologists saying bees are endangered with sharply declining populations in the United States, some beekeepers reported finding their bees dead and decimated across several colonies. Experts fear that the hornets will become most destructive on beehives between late summer and early fall since they need to access protein to raise a new queen for next year.

Although researchers are unsure of how the murderous hornets entered the United States, they think they may have been introduced via cargo from Asia. Seth Truscott of WSU’s college of agricultural, human, and natural resource sciences said some people may have intentionally dropped the hornets on the nation.

“They attack honey bee hives, killing adult bees and devouring bee larvae and pupae, while aggressively defending the occupied colony,” he added. “Their stings are big and painful, with a potent neurotoxin. Multiple stings can kill humans, even if they are not allergic.”

Entomologist Chris Looney of the Department of Agriculture urged beekeepers throughout Washington and in other states to report to state officials when they sight these killer hornets. He said this is the time for government officials to eradicate the hornets before they grow in population and spread out all over the United States.

“This is our window to keep it from establishing,” Chris Looney said. “If we can’t do it in the next couple of years, it probably can’t be done. Don’t try to take them out yourself if you see them. If you get into them, run away; then call us! It is really important for us to know of every sighting if we’re going to have any hope of eradication.”