What do you expect from a county lieutenant? I’m sure the answer is not a dance number. But what if I tell you that he’s a HUGE Beyoncé fan? Well, that’s the case of Deutany Diggs 2nd Lieutenant four the county sheriff’s office in Stafford, Virginia who he can perform the greatest “FORMATION” choreography ever. He did it for a group of students of North Stafford High School’s homecoming pep rally on Friday. 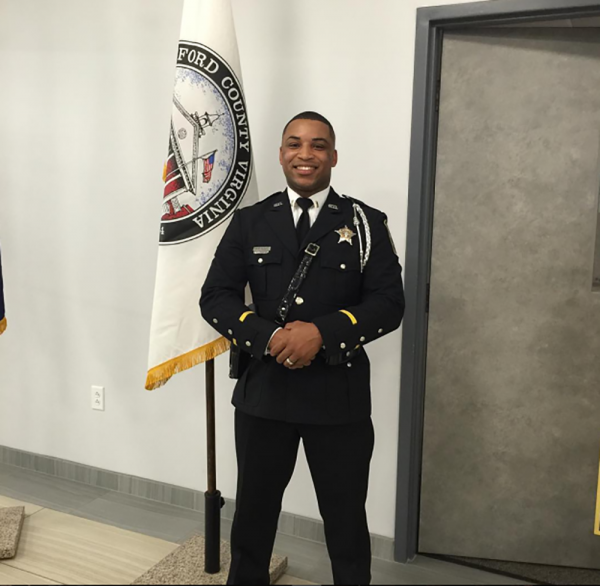 “I’m a huge Beyoncé fan. So the night before, I just watched her video on YouTube over and over again, and then I memorized it, practiced it, and the next day I did it.”

The first time he performed the song was in August during a lip syncing contest to benefit children who needed school supplies, how nice.

Diggs is the first openly gay deputy to serve at Stafford County Sheriff’s Office and has been serving the county for 8 years. At the moment he’s 31, but admitted to have had a rough time during his freshman year at the institute when he came out.

“I didn’t really accept myself at the time…But one of the things that they beat into your head is integrity and honesty, so I didn’t want to lie to my fellow cadets.”

He took a brave and honest decision “it spread like wildfire. I spent roughly the next year in isolation. That was the worst year of my life, but also the best. I had to figure out how to love myself, and what I wanted to be.”

But after the storm, there’s a rainbow. Today Diggs is a motivational speaker who tackles issues concerning race, abuse, and how people currently perceive law enforcement.

And it gets even better, he’s engaged to his partner of 7 years Benjamin Leitner, the celebration will take place in Virginia next july.

“Meeting him was an act of God, it was out of this world.”

Diggs is an optimist, originally cancelled his performance at North Stafford High School when he found out on Tuesday that his biological mother has terminal cancer, but after watching his dance videos she encouraged him to go for it.

You can watch the video below

My sister teaches at a high school in Virginia and she just sent me this video of their county lieutenant dancing to formation @ a pep rally pic.twitter.com/2jaXnFgYrC