In case you’ve missed their social media campaign, Kim and Kourtney Kardashian are vacationing in Punta Mita, Mexico, to celebrate Kourtney’s 38th birthday. To match the paradisiac beach, the sisters have been showing off their hot bodies wearing some revealing bikinis.

Kim and Kourtney were spotted last weekend in Punta Mita, and have been hanging at Joe Francis’ Casa Aramara with several girlfriends, including Brittany Gastineau, Malika Haqq, Larsa Pippin and Kim’s assistant Stephanie Shepherd. The Kardashian sisters did not hesitate on flaunting their curves on the beach.

Get some two-piece ideas for this summer

The sisters are on vacation, and of course, we want to know what’s inside her suitcase. First, we have Kim, mother of two, in a printed vintage Dior bikini with green, yellow and red trim. To accessorize, she picked several layered necklaces, giant hoop earrings, and some enormous futuristic-looking Pucci sunglasses. However, look at that bum! 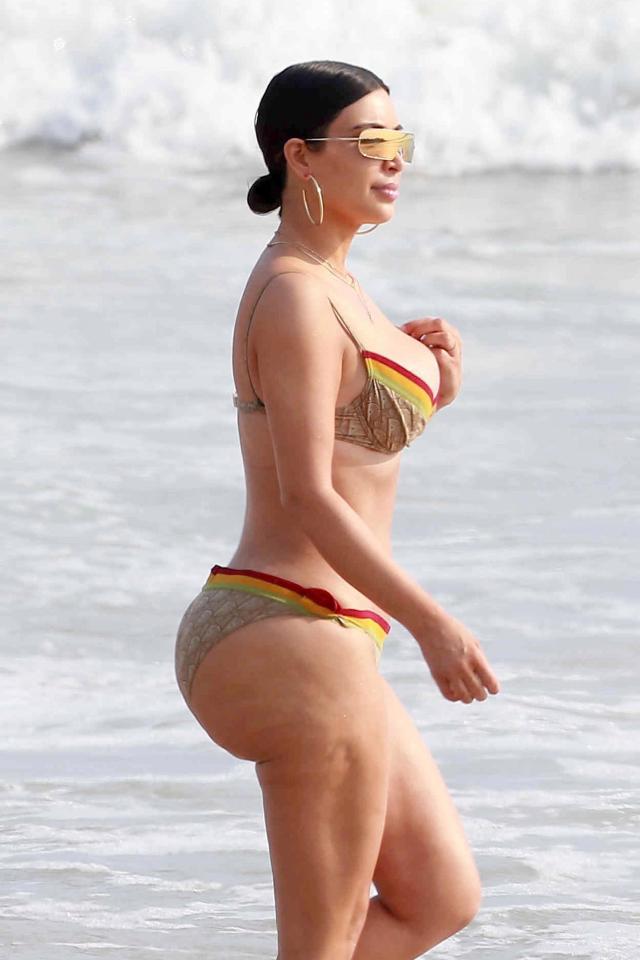 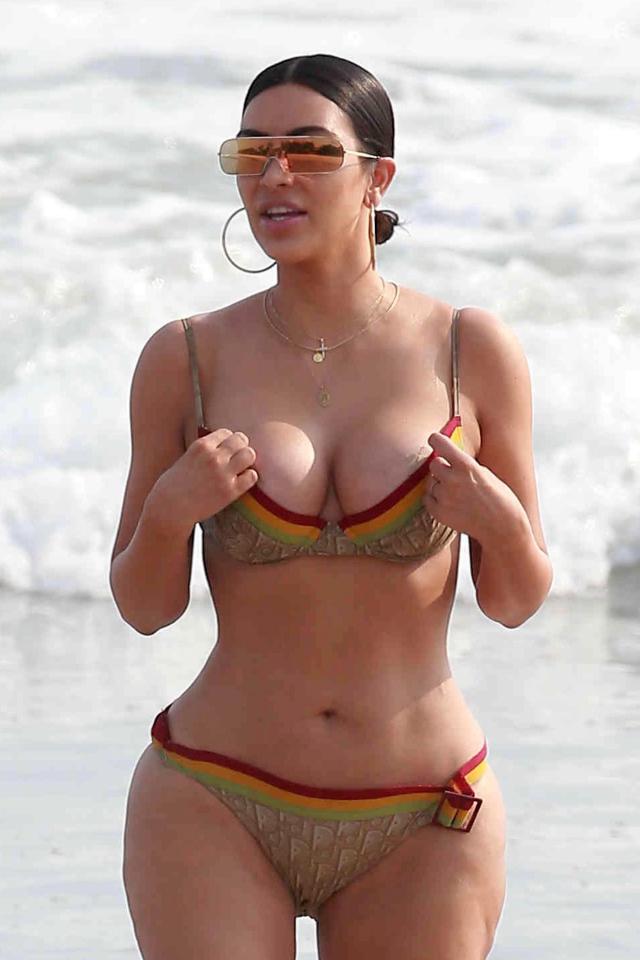 Kourtney, mother of three, on the other side, chose a minimal look. And by minimal, I mean a tiny red bikini that barely covered her boobs, with almost imperceptible accessories. 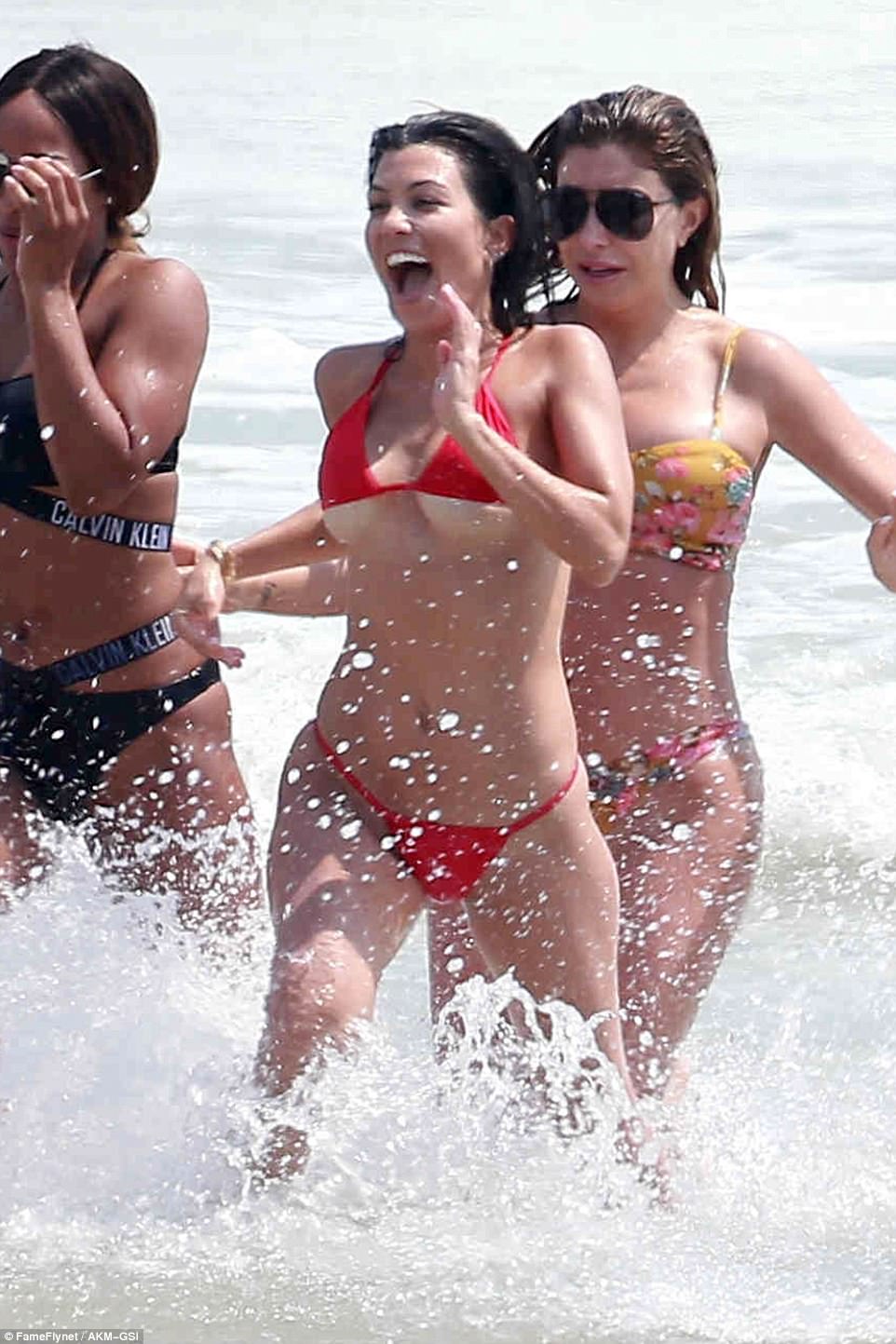 Various wardrobes through the day

Earlier in the trip, Kim wore a more risky look, consisting of a vintage Dolce & Gabbana crop top, featuring a revealing lace-up design at the front. Kourtney decided to wear a more simple black bikini top, with black thong bikini bottoms that showed off her toned booty, to provoke some envy looks. 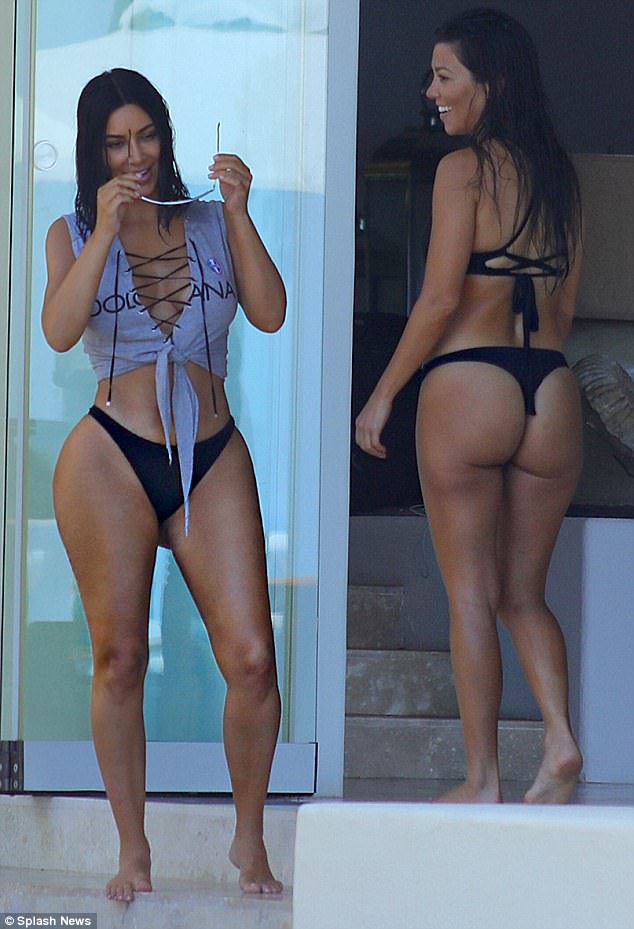 After thanking the flu for helping her lose 6 pounds on a tweet, it couldn’t have been a better time for Kardashian West to show that she’s hotter than ever.

The reality TV star took her Twitter on Monday to give fans some updates about what they have been up to during their holiday. It includes Kourtney throwing up (four times), twerking gone wrong, a “ruined” Oreo shake skinny dipping and more.

. @kourtneykardash threw up in her bed 4 times and slept in it

. @BrittGastineau skinny dipped solo and then disappeared for the two days

. @jenatkinhair spiked my Oreo shake to try to get me to not eat it because she’s fat shaming me

She also posted some group photos and videos, that could have been a cute, familiar souvenir, but they are posing with a giant inflatable penis instead. 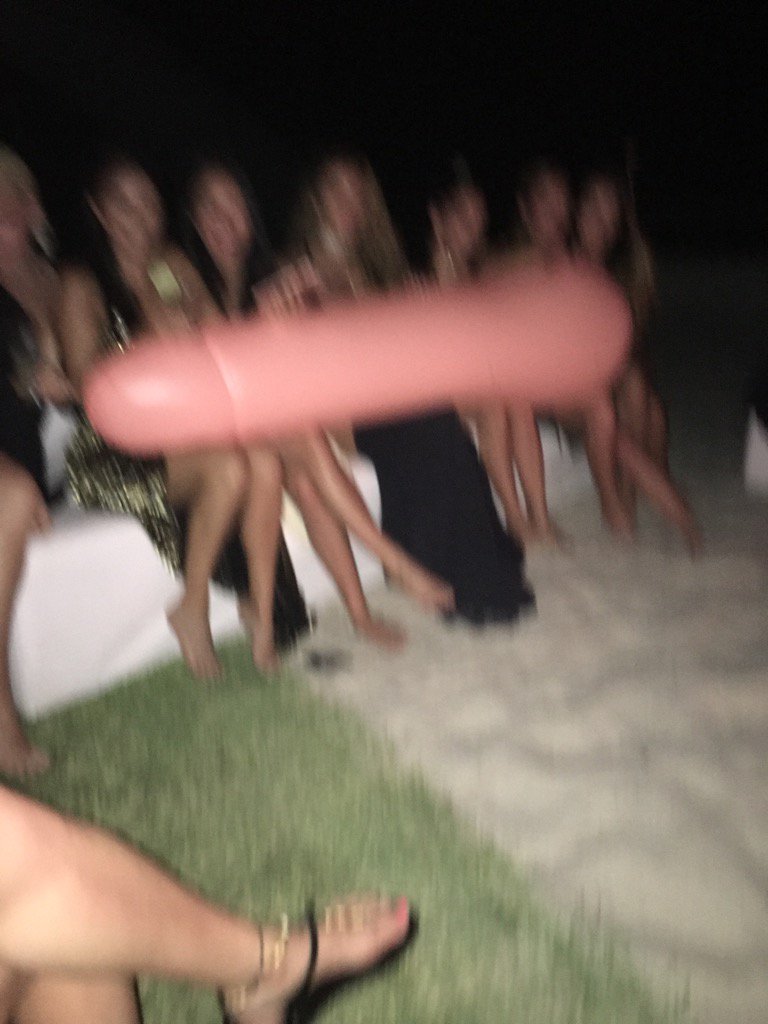 While they weren’t posing in her bikinis or getting wasted, Kourtney was too busy “doing naked cart wheels.” And Kim? Well, “just sitting here on the beach with my flawless body.”

We can’t wait for the 39th birthday celebration.