As fans walked into ‘Game of Thrones’ season finale on Sunday, theories flooded the internet. However, some fan theories helped to put all the puzzle together. With a little help from the leaked pictures of the episode.

A small meeting in King’s Landing

After the longest wait for a new season, we finally got to see all of the characters together in last night’s Game of Thrones. The Dragon and The Wolf has shown a huge assembly of all major characters as most of them converge at King’s Landing.

Just days ahead of the anticipated finale, the photos of the season finale were leaked showing almost every major character in the series, right from Bran Stark to Cersei Lannister and Theon Greyjoy. HBO also revealed the specific run time for the episode — 79 minutes 43 seconds. The season finale was the longest ever episode of the entire series.

But let’s face it 80 minutes wasn’t enough and that meeting between the characters was the most stressful situation in the seven seasons!

Theories, theories to make sense to all of it

One of the theories that came true last night was one that had fans worried. Sansa and Arya Stark aren’t really feuding but bringing down Littlefinger. YAS this theory finally came true and I think half of the world screamed to their screens in celebration

Another theory assured that the Wall will fall, and the White Walkers will come through. Now that winter is here, and the Night King has his own zombie undead dragon, this may be the start of the “one war that matters,” the one Jon has been yakking about all season.

This (sadly) came true and our dear and beloved Tormund was there.. but let’s admit that the night king looked super badass in that dead dragon. And finally, the reason we are all here… Jon and Danny OMG the moment that Bran and Sam started talking we knew something was going down. But revealing that Jon is actually Aegon Targaryen WHILE HE AND DANNY ARE FINALLY TOGETHER? We all died ok? 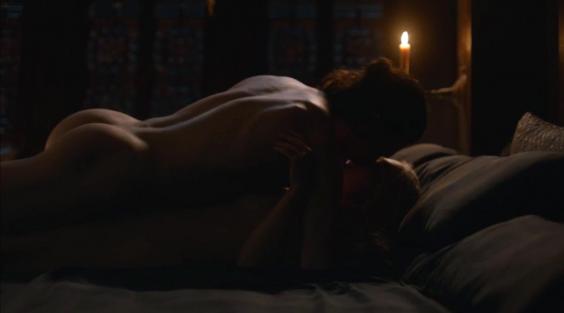