Wow, it really looks like 2016 hates music. A lot of important famous people died this year, but the music industry has been the most affected. It has taken away many legends like Prince, Leonard Cohen, and David Bowie. And now it has taken another one.

The past 25th of December George Michael was found dead in his house. At the age of 53 the British pop star and 80’s icon died because of heart problems. Michael might not be in everybody’s’ first choice when you say music star legend, but without a doubt, he was a music icon.

Back in 1981, George Michael, along with his partner Andrew Ridgeley, formed the group, Wham! The group landed their first hit in 1982 with “Wham Rap! (Enjoy What You Do)” an iconic song with a pop sing-along chorus, anti-systematic lyrics, happy wind sections and a touch of emerging rap music genre.

That song, from their debut album “Fantastic,” pave the way for the group and for one of its biggest hits, “Bad Boys,” which cemented their look of 50’s motorcycle gang with the leather jacket, the bad boy attitude, and a pompadour hairstyle.All merged with a smooth British pop sound.

The band’s second album, “Make It Big” in 1984, which included the band’s most known hits like “Wake Me Up Before You Go-Go,” “Careless Whisper,” “Freedom,” “Last Christmas” and “Everything She Wants.” Was when they went to became international stars. And change their motorcycle bad boy looks for a more glam 80’s one. With the fabulous hair, with blazers, neon color clothes, and shirts.

This established George Michael’s as both a sex symbol and one of the biggest music stars on the planet at the time. As the group will continue its run with a compilation album called “The Final” in 1986, and ending its incredible career as a group with album “Music from the Edge of Heaven” in 1986. 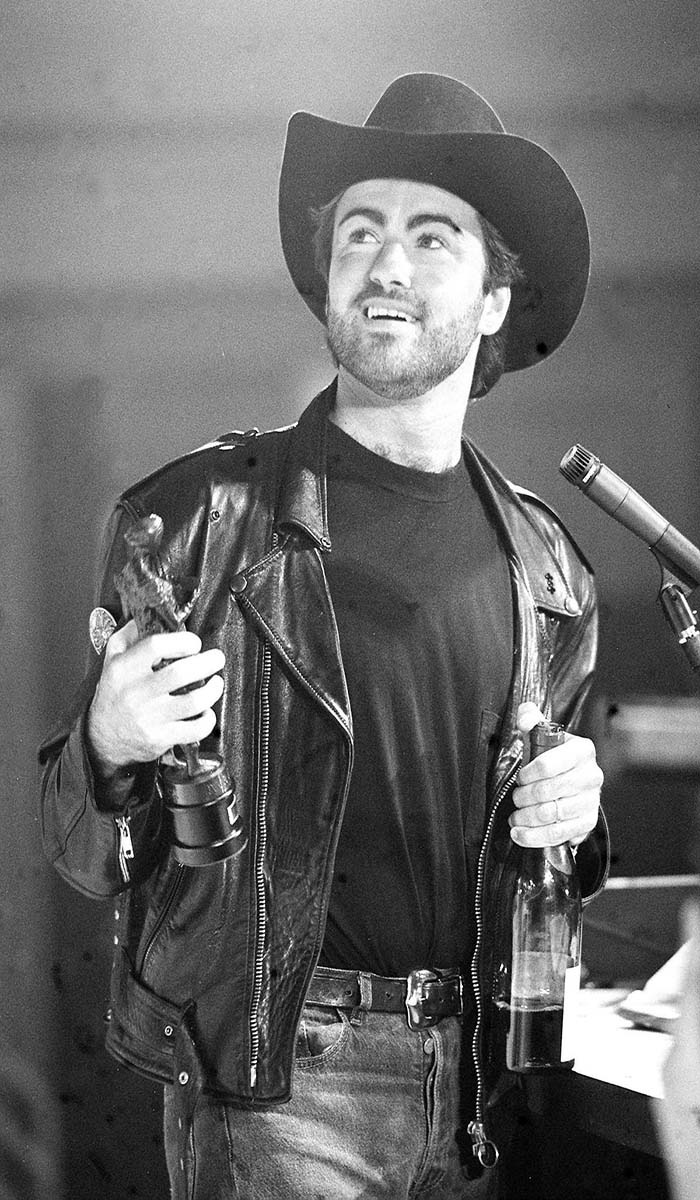 Shortly after that, Michael embarked on a successful solo career that lasted way longer than the group. Reaching the present day, as his love for music kept him on tour even though he had health issues.

As a solo artist, he released his first album titled Faith in 1987, where he released not only some of his most iconic songs like “Father Figure,” “Faith,” “I Want Your Sex,” “One More Try,” and “Faith,” But as well using his sex symbol image and the new media of the musical videos. Being the most memorable of all the one of “Faith,” with the jukebox, the jeans, leather jacket, and the guitar. That even went to form part of pop culture, being parodied innumerable times.