Kim Kardashian is bringing her legal team into action to help Cyntoia Brown. The reality star’s legal help comes after celebrities virtualized the #FreeCyntoiaBrown and brought attention into the case.

The calls to free Brown came as stories of sexual assault dominated the news and also rapper Meek Mill’s sentence to two to four years for a parole violation.

Kim is stepping in to help Brown

Kim Kardashian assigned her A-list legal team the task to help to free Cyntoia Brown, whose case went viral earlier this week, amid the sexual harassment conversation and the system injustice towards black people.

The reality star had previously vowed on social media that she would have her legal team look into the case in order to help their cause. Reports claim Kim asked her lawyer Shawn Holley to take a look at the case.

Holley was on a team of legal eagles defending OJ Simpson, who was found not guilty of the murders of Nicole Brown Simpson and Ronald Goldman.

“Kim has championed the cause of Cyntoia Brown and asked me to help her get involved,” Holley said late last week.

Kim is not only looking to help Brown, but also another woman who is also serving a lengthy sentence. Alice Johnson happens to be a 62-year-old grandmother who is currently serving 21 years of a life sentence for the first time, non-violent drug offense.

According to reports, a month ago, Kim had contacted her attorney about Alice’s case and work has been investing in the case ever since.

This isn’t Kim’s only war against injustice as previously, she had acquired her legal team to help free Wilbert Jones, a Louisiana native, whose conviction for rape in 1971 was overturned after spending 45 years behind bars. Owing to Kim, Jones is a free man now.

Cyntoia’s A-Team Is Ready To Fight Back

Earlier last week, celebrities came together and joined forces in order to bring muscle to the Cyntoia Brown cause.

The first celebrity to share an earlier Instagram post calling for Brown’s release was the singer Rihanna. Followed by other top celebrities who shared posts calling for her release included Kim Kardashian, Cara Delevingne, LeBron James and Snoop Dogg.

Cyntoia is currently serving a life sentence in prison, for the killing of a man in 2004, who had solicited her as a prostitute. She’s now 29, but was trailed and sentenced as an adult despite being 16 years old. She says she lived with an abusive boyfriend who forced her into prostitution. But prosecutors say she killed the guy to rob him.

Cyntoia won’t be up for parole until she’s well into her 60s. Her attorney says a court appeal is pending. He’s also petitioning for reduced prison time.

In 2011, University of Southern California journalism professor and filmmaker Dan Birman told Brown’s story in a documentary that has been making the rounds again lately. Birman has been following her case now for 13 years.

“I don’t know whether the celebrity involvement that’s going on with the Cyntoia Brown story will help her case or not,” Birman said.

“What I do know is that celebrity following is raising the issue and is amplifying the discussion about sex abuse and sex trafficking.”

Tennessee law has now changed and juveniles can no longer be sentenced to life in prison without parole. Also, if Brown’s trial happened today, she’d be treated as a victim of child human trafficking.

There is currently a petition on moveon.org to free Brown that has nearly 330,000 signatures.

did we somehow change the definition of #JUSTICE along the way?? cause….. Something is horribly wrong when the system enables these rapists and the victim is thrown away for life! To each of you responsible for this child's sentence I hope to God you don't have children, because this could be your daughter being punished for punishing already! #FREECYNTOIABROWN #HowManyMore

The system has failed. It’s heart breaking to see a young girl sex trafficked then when she has the courage to fight back is jailed for life! We have to do better & do what’s right. I’ve called my attorneys yesterday to see what can be done to fix this. #FreeCyntoiaBrown pic.twitter.com/73y26mLp7u

What all the attention could mean

There was a previous surge of support for Brown in 2011 when a documentary about her life appeared on public television. However, this recent spotlight into the case is somehow different with all the national conversation swirling around sexual harassment and legal injustices.

While celebrities definitely serve as a way to bring attention to the case, both the prosecutors and the defense have no idea how this attention will influence the case.

Brown’s attorney, Charles Bone, has said beyond social media posts, some celebrities have also reached out. Also, he just hopes this will end up being something good.

“We’re hopeful that this support can be used constructively, not just for her, but for everybody who’s out there fighting sex traffic and sex slavery,” Bone said.

As for the prosecutors, they are not so happy with all the attention given to Browm. The prosecutor in Brown’s case, Jeff Burks, objects to the recent attention she has been getting.

“There has been a group of people who have wanted to make Ms. Brown a victim and a celebrity since this happened,” said Burks via a statement.

“She was not ‘trafficked,’ nor was she a ‘sex slave.’ It’s not fair to the victim and his family that the other side of this case is so seldom heard.” 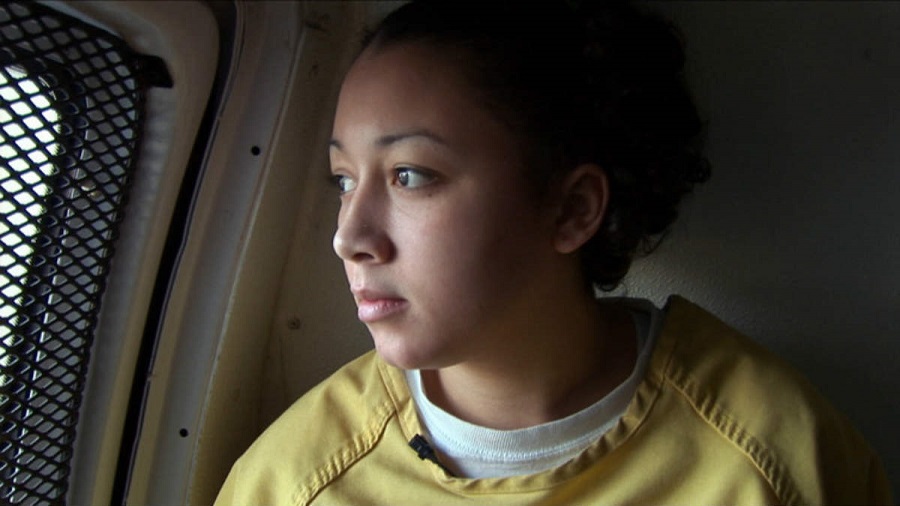