Having your sister interview you must be one of the most special and intimate things ever. It’s like having one of those long conversations that can last for hours. When it comes to the Knowles sisters you know that any conversation is going to be inspiring. It turns out that Interview Magazine made that possible, by giving us the most beautiful and inspiring sister conversation ever.

The interview was published on Monday, and in the long conversation, the sisters discussed different topics from music to their hometown, Houston. Bey asked Solange just the right things that resulted in an extensive conversation about life, inspiration, childhood and their parents.

As a little girl, she felt a compelling attraction towards art in general. She was always reading about the most interesting and vanguardist artists whether it was about fashion, music, or plastic arts. In fact, when she was little she was obsessed with Alanis Morisette and Minnie Riperton. This love for art is now expressed in her artistic career, not only in her songwriting but also in her involvement of the videos she makes. She’s really an integral artist.

14. Solange has the need to express.

Solange was a very conscious and mature girl while growing up, she had this sense of knowing she had so much to say and express to the world. She decided to make her voice heard and began exploring the different ways she could communicate all that. This constant need is still present in her life as an artist, in fact, is what inspired her to become a singer.

13. Being the youngest in a house of five made her a determinate woman.

Being the little one of a five-member family, made a huge impact in her. It made her become a more determinate person. Since she was little, she learned to go after what she wanted and sit firm, which has turned out perfect now in her artist career, since it allowed her to follow her vision and develop her projects in the best way possible.

Exploring her artistic skills as a little kid and allowing herself to express resulted with her being connected to her emotions and intuition. Nowadays, she refers to this connection as her inner voice, which helps her make decisions when it comes to life, work and love.

Solange’s mom is really an inspiration for her, she takes her as an example for many things. One of those things is following her guts, which she learned while watching her mom practice this throughout her life. Following her gut helped her in her latest album “A Seat At The Table,” since she felt that doing this album at this specific moment was what she needed, and it really was.

10. Being in control of your voice, your body and your work.

Her mother set the example for many things, specifically, she taught Bey and Sol to be in control of themselves and everything they do. Generally, society labels this as a control freak, but this gives her the opportunity of navigating and enjoying every aspect of her work. Which is pretty clear in “A Seat At The Table,” where she wrote and produced her songs, and took part in the direction of the album’s videos.

9. Unraveling some truths and some untruths.

“A Seat At The Table” is a pretty intimate album for Solange. The album is the reflection of her putting herself together and trying to become a better person after splitting from her former couple.

8. All about the family.

“A Seat At The Table” also gave Solange the opportunity to put her family in perspective. She looked and explored the different experiences her family had as a part of the black culture and portrayed them in the album in an artistic way. When she finished the album she realized it was kinda a storytelling of her family.

7. Settling is not in their DNA.

The Knowles family raised their girls with the idea of not taking the first thing that comes their way. They taught the girls to build their own platforms and spaces in case those weren’t available for them. And is clear that these girls followed that example, they have made her voices heard loud and clear.

6. Conquering phases as an artist.

Solange was always been really involved with her music, but in “A Seat At The Table” she had the opportunity to produce it all the way. The experience allowed her to conquer another phase as an artist, which made her really happy and proud.

“Cranes In The Sky” is a song from “A Seat At The Table” inspired by that time, 8 years ago when she was dealing with the splitting of her former couple, and putting herself together again. The title comes as an analogy of her transition to rebuilding herself up, and at the same time not dealing with what was in front of her.

4. Showing the imperfection and vulnerabilities.

“A Seat At The Table” is really personal, in this work Solange shows her vulnerabilities and imperfections in a rather beautiful way. She uses a delicate and controlled voice tone that makes the sometimes intense and gritty topics rather beautiful. 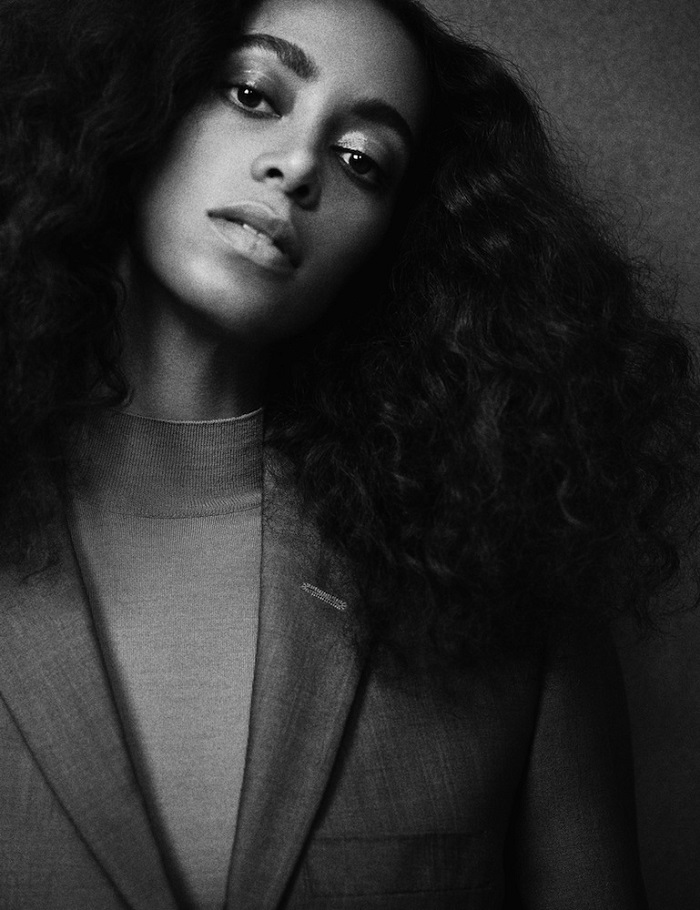 3. Parkwood and its influence.

Growing up in Parkwood meant the world for Solange, it gave her an incredible source of inspiration. There she experienced and saw a very rich cultural diversity. She also saw how most people shared an impulse and desire to be better that inspired her when she was growing up.

Houston also influenced directly their work in the way she expresses herself. Solange considers that people in the South, but especially in Houston, have really special expressive skills, which really influenced her work by making her lyrics more poetic.

In Houston, she got to see all different type of women trying to succeed and be better, which helped her to create a more collective image of women. Along with her female family role models inspired her an urge and desire to connect with other women and made her a feminist.