Previous Next
The renowned singer Phil Collins had to cancel both of his shows in London due to a medical emergency, according to his daughter. Image Source: The Audiophile Man

Pop music legend Phil Collins was hospitalized on Thursday in London. The artist suffered a late-night fall that caused him an injury near his eye and required stitches.

Phil Collins medical emergency happened just days before the musician kicked off his tour Not Dead Yet. The announcement was made via the artist’s official Facebook page.

Phil Collins was hospitalized after suffering a fall that resulted in a “severe gash” on his head, so his team shared on his official Facebook page on Thursday morning.

In the post, the team also revealed that he’d be postponing his two London shows at the Royal Albert Music Hall as a result.

The pop icon also made sure to send his gratitude and love to his loyal fans who were ready to hear him live after ten years. 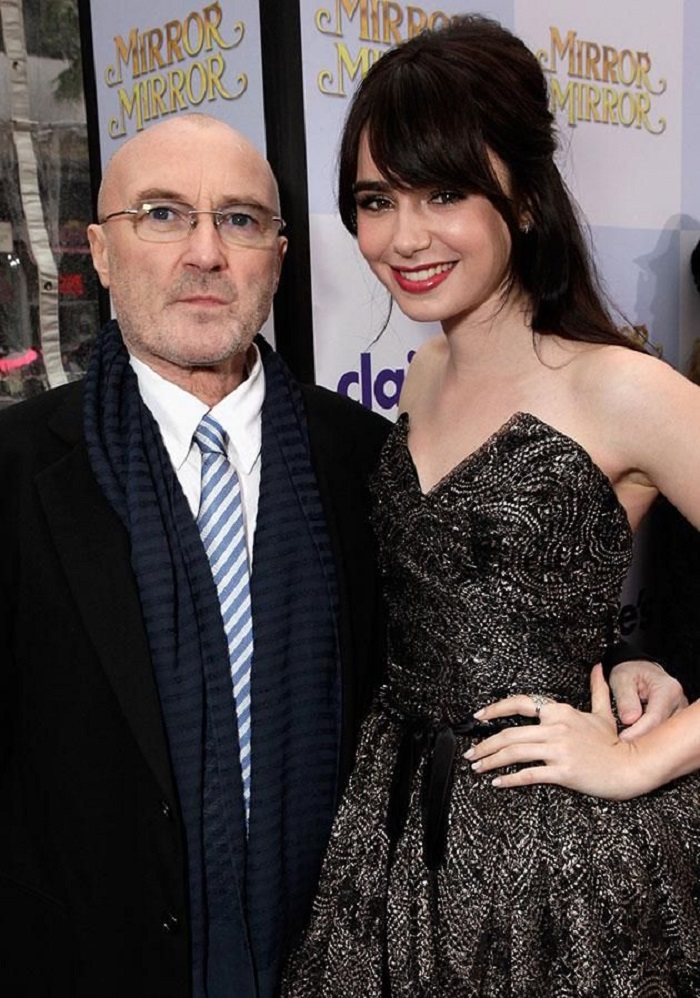 He’s been dealing with health problems over the years, but a 2015 operation added to his troubles.  Last October he opened up about it, “I had back surgery a year ago, I’d messed my hips up as well.”

“That was a year ago, and as of now, I have a dropped foot, which means I have no feeling in it. I walk with a cane, but I’m hoping that gets better,” Collins commented in an interview.

The singer is under doctors’ observation for 24 hours and is expected to return to the stage on Sunday. Then he will begin a five-day run in Cologne, Germany.

According to the post, the iconic pop singer got up in the middle of the night to go to the bathroom in his London hotel room when he slipped and suffered the injury.

Collins suffers from “drop foot” — a condition that makes it difficult to lift the front portion of the foot — as a result of back surgery, which contributed to the fall.

Back in the rodeo: Phil Collins medical emergency won’t stop him

The singer and drummer had just kicked off the first Phil Collins tour in ten years. June 2 marked the return of Collins to the stage with his tour Not Dead Yet.

The tour started with dates at London’s Royal Albert Hall, two of which are postponed until November.

Phil Collins retired from music in 2011. However, the artist decided to make a comeback tour. This time though, accompanied by his 16 years old son Nicholas on the drums.

The musician shared in a recent interview with ABC News that his youngest children were the ones who encouraged him to go on the road again.

The singer claims that the pair was always excited about listening to his music but lately began to ask him when will go back on stage.

“They’re always saying, ‘Oh, when you gonna go out again, Dad? When you gonna write some new songs?’ And I started to think, ‘Why aren’t I doing it?,’” he said.

The tour was scheduled to wrap up on June 30, with concert dates abroad. Concerts included Paris, Dublin, and Cologne. Since the accident, the two missing London dates will take place in November, over the Thanskiginv holiday.

An open letter to Phil as a dad

The musician, who’s also the father of actress Lily Collins was recently in the spotlight regarding their relationship.

Lily Collins released a new book of essays, Unfiltered: No Shame, No Regrets, Just Me last March. In it, she opens up about her relationship with her famous father.

In a section of her book titled “A Letter to All Dads,” she goes on to explain that her parents divorced when she was five years old. Her musician father then “moved from our home in England to Switzerland, where he stayed for more than twenty years.”

The Golden Globe-nominated actress writes that although she always knew her father loved her, their estrangement profoundly affected her.

“I’ve realized that many of my deepest insecurities stem from these issues with my dad,” she writes. “It’s taken me over a decade to resolve some of them (others I’m still resolving). And to finally build up the courage to speak my mind to him.”

Lily discussed with People the reasons to write the book. She says it goes beyond her relationship with her dad and delves into her troubles with past boyfriends. In addition to her longtime struggle with eating disorders.

“It’s through those moments of self-discovery and hard, hard times of struggling when you feel like you’re at your darkest moment, that the magic and the light comes through,” she said.