Beginning September 29th, more than 800 episodes of TGIF sitcoms will be available to stream on Hulu.

TGIF is about to meet TGI-Hulu.

Get ready to party like it’s 1992. Hulu is bringing back ABC’s popular TGIF lineup for a whole new generation, according to a press release from the streaming service.

Thanks to a new deal with Warner Brothers Television, every episode of ‘Full House’, ‘Family Matters’, ‘Step by Step’, ‘Perfect Strangers’, and ‘Hangin’ with Mr. Cooper’ will be available on Hulu starting Sept. 29.

The pact, which includes over 800 episodes, will mark the streaming SVOD debut of America’s favorite Friday night lineup from the 1990s. And now, every day of the week can be Friday for old school sitcom fans.

“These shows are more than just beloved hits, they were part of a cultural tradition to tune in every Friday night,” said Craig Erwich, Hulu’s SVP of Content. “Now, it can be Friday any day of the week on Hulu.”

Hulu began its pursuit of the “TGIF” block a few years ago, but it took Warner Bros. a long time to wind up existing contracts with linear TV outlets to make the shows available en masse for SVOD licensing, Holme said.

Netflix was a contender against Hulu for the “Full House” library — no surprise given its investment in “Fuller House,” but Hulu’s pitch to recreate “TGIF” was a compelling sell to the studio.

This deal marks the first time “Full House” will be available on any streaming service. Hulu has also had success with its acquisitions of classics such as “Seinfeld” and “The Golden Girls.”

The heightened focus on vintage series curation also comes as Hulu has gained traction with its original series, notably “The Handmaid’s Tale.” The dystopian drama toplined by Elisabeth Moss grabbed 13 Emmy nominations and is seen as a front-runner in the drama series heat as well as lead actress for Moss.

The mix of originals, newer off-network hits and vintage favorites is an effort to make Hulu an indispensable service to a range of consumers and tastes. Programming efforts are always viewed with an eye toward how many members of a typical household a show might draw.

“It’s hard to believe we’re talking about ‘Full House’ and ‘Handmaid’s Tale’ in the same sentence — but these are stories that stand out and serve different needs,” said Craig Erwich, Hulu’s senior VP of content.

For many fans, the ‘Full House’ landmark in particular, is sure to stoke the desire for a rewatch of the Tanner siblings’ younger years. It also helps that this is the first time most of the TGIF shows have been available to stream for free in the United States.

Sure, Nick at Nite airs ‘Full House’ reruns, but being able to queue up the Tanners go to Disney World episode whenever you want is so much better than being beholden to the whims of cable TV scheduling. And when was the last time you saw ‘Step by Step’ in syndication? These classic shows have been gone for way too long. 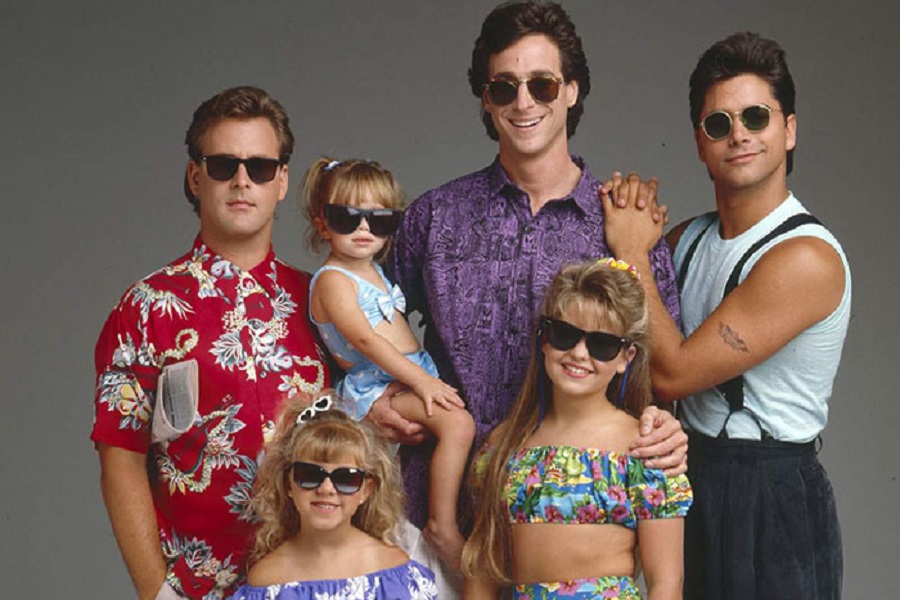 Back in the day, there was one of television programming around which ’90s kids scheduled their lives: ABC‘s TGIF. In fact, it was so great, I think it is safe to say that ABC’s TGIF lineup was everything that was right about the world of the ’90s sitcoms.

To modern eyes, the laugh-track fueled family comedies may seem hopelessly dated — but that would be a foolish thought, and one that hasn’t stopped TGIF shows from making comebacks with ‘Boy Meets World’ and ‘Full House’ both earning modern day spin-offs on Disney and Netflix, respectively.

These shows defined all of our childhoods, and while we probably loved them all to some degree, we all definitely had a favorite TGIF show.

But no sweat, we’ll have mercy. After all TGIF is back!