Isn’t irony beautiful? Do you remember Morgan Spurlock? The guy that decided to make a film and only eat McDonald’s for an entire month. After suffering the effects of fast food chains would you have thought that this guy would have decided to open one himself? Would he include the Super Size option in the menu?

So we must really applaud Spurlock for not chickening out and putting that heavy side aside and decided to enter the fast food industry. We all expect that the menu of his restaurant would be a bit less unhealthy, due to his vast experience in the unhealthy food world.

We present you his newest creation:

Spurlock’s new restaurant will be focusing on chicken and he doesn’t recommend eating at his restaurant every day. The restaurant’s name is Holy Chicken, and it will open in Columbus, Ohio on November 19th.

And he can’t way to show it to the world

According to Spurlock, and it’s twitter page, it’s going to be “a fast-food chicken experience, unlike anything you’ve ever seen!” He also emphasized that  their food won’t be McDonald’s style and it’s healthier-ish. “We have stuff that is humanely raised. Our chickens, I raised them myself. They are antibiotic free, hormone free, all the buzz words, we got them all.”

We can’t wait to unveil @HolyChickenUSA tomorrow! RIBBON CUTTING at 10:30am & GRAND OPENING at 11am! Get your taste buds ready! #holychicken pic.twitter.com/iXdKp3uOca

So as we expect for a new food option, the aspirations of Spurlock to become the new blend between Coronel Sanders and McDonald’s, we are sure that the jokes and irony will keep coming. The only thing we are not sure about is the look of the chicken in the logo. 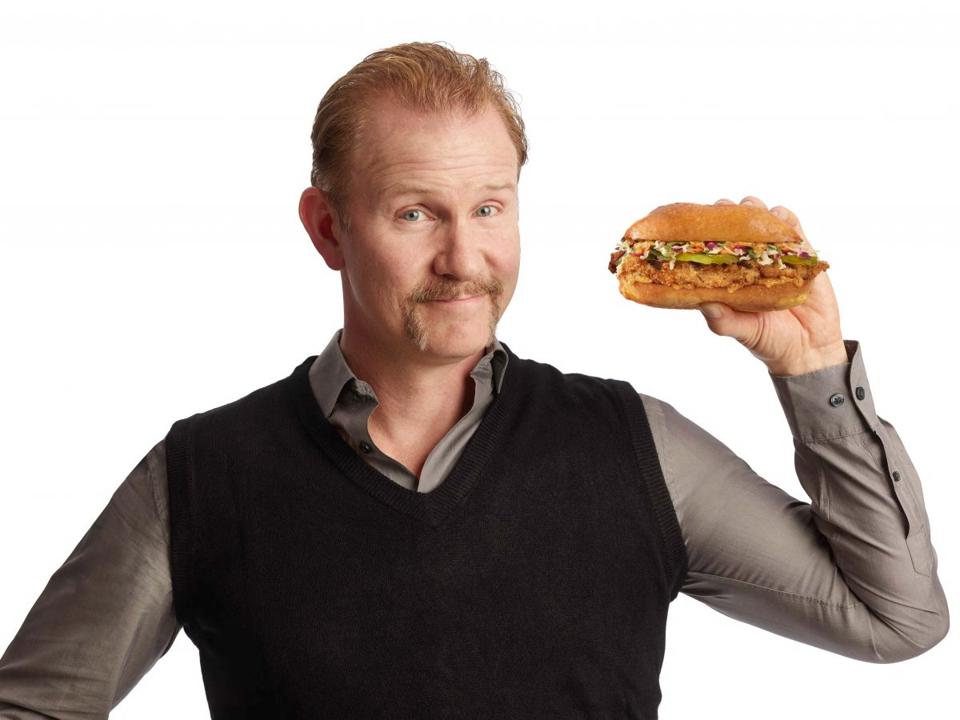