The heart-warming moment a homeless man breaks down in tears after seeing his transformation has taken the internet by storm. And it’s the greatest thing you’ll see today. Really, heartwarming.

The viral makeover video shows how Jose Antonio, a homeless guy from Spain, sees himself with brand new eyes. The video was first posted on La Salvajeria, the salon that gave him the incredible makeover.

The heartwarming makeover of Josete

This is Jose Antonio, a 55-year-old homeless man from La Palma Mallorca, Spain. Josete, as the locals call him, is a former electrician who lost his way and ended up homeless after suffering from depression.

He lived in the streets for 25 years, he used to work as a car parking attendant to gather some money for food.

La Salvajeria is a beauty salon in Palma de Mallorca, his owner Salva Garcia had known Jose for many years and always tried to persuade him to get a haircut, but Josete refused.

Until one day in 2015 when he finally agreed to get the haircut…only, he got more than a haircut.

Preparing for something big

As if they knew something big would come out of the transformation, they recorded the whole makeover.

Jose also got this feeling as he said, “Leave the doors over the mirror open for the moment so I can see myself for the last time like this. Then close them to see if when they open again, it’s as if something else really opened up in my life, like a symbol.”

The cameras followed the whole transformation starting by a haircut, dying the hair and even taking care of his eyebrows.

And that was not it.

They even got him a new outfit to match his new image and his new self. Red trousers and a white shirt. This is seriously the best homeless guy makeover ever, and not just for the looks. 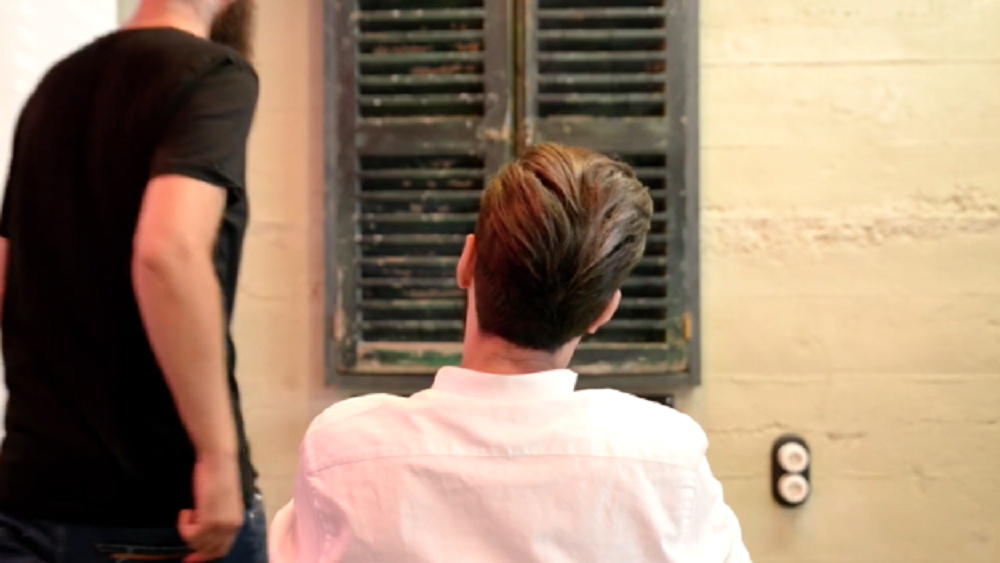 Once the transformation was over it was time for Jose to look at himself again, and it was pretty heartwarming.

When he saw himself again, his emotions got the best of him and tears started flowing down his cheeks. It was clear that he was overwhelmed and processing everything, he was bursting with joy.

With his new style and attitude, Jose headed to the square where he used to hang, and as he’d imagined people didn’t recognize him.

People were really glad once they learned this new guy was no other than Jose, and some women even stopped to compliment him on his looks.

The video was shot in Mallorca in July 2015, but till the day Jose continues to have his clean shave with new gray hair.

The purpose of the video was to help Jose get a new job and hopefully a new life, this is how La Salvajeria came up with the idea and received help from the community and even companies.

The video went viral on March 15, when the film producer Dr. Filmgood posted the video on the hair salon Facebook page, which coincided with the salon’s third birthday.

With all the excitement the video has caused Jose was interviewed on a Spanish TV station and he said, “It wasn’t just a change of look. It changed my life. What I want now is a proper job.”

Jose continues off the streets and is certainly doing much better. We’re so happy for you Jose! What a way to celebrate a birthday!