Music is a need in life. No matter what kind of lifestyle you have there is always a use for music. If you are at work, training at the gym, on a road trip or simply relaxing. Music is alway there in the background adding some epicness to your experience.

This is something that every creator, of music or video, knows for sure. As their sounds can remit to specific moments or images. Creating a whole sensorial experience. This is such that a song can remember us to a period of our life, a situation or to a movie, being Star Wars and Jaws a great example.

So as music can remember us of TV shows and music they all have openings. In the last years, one of the most incredible and popular TV series has been Game of Thrones. So any have covered the epic battle theme song. But this time, 2CELLOS a Croatian cellist duo have taken it to the next level.

The talented duo is composed by Luka Šulić and Stjepan Hauser, who are both Croatian. The incredible cover is done in collaboration with the London Symphony Orchestra. As it not only shows a more subtle version of the theme song. But it also allows the guys to show their skills with their instruments, as they add some solos to the song.

The video presents us the guys from 2cellos dressed in capes similarly to the ones used in “Game of Thrones.” Also, the video is complemented by images referring to the show. Since it is obvious nothing that has to do with the series will be complete without a battle, but this time is a cello one. As the guys really get into it. 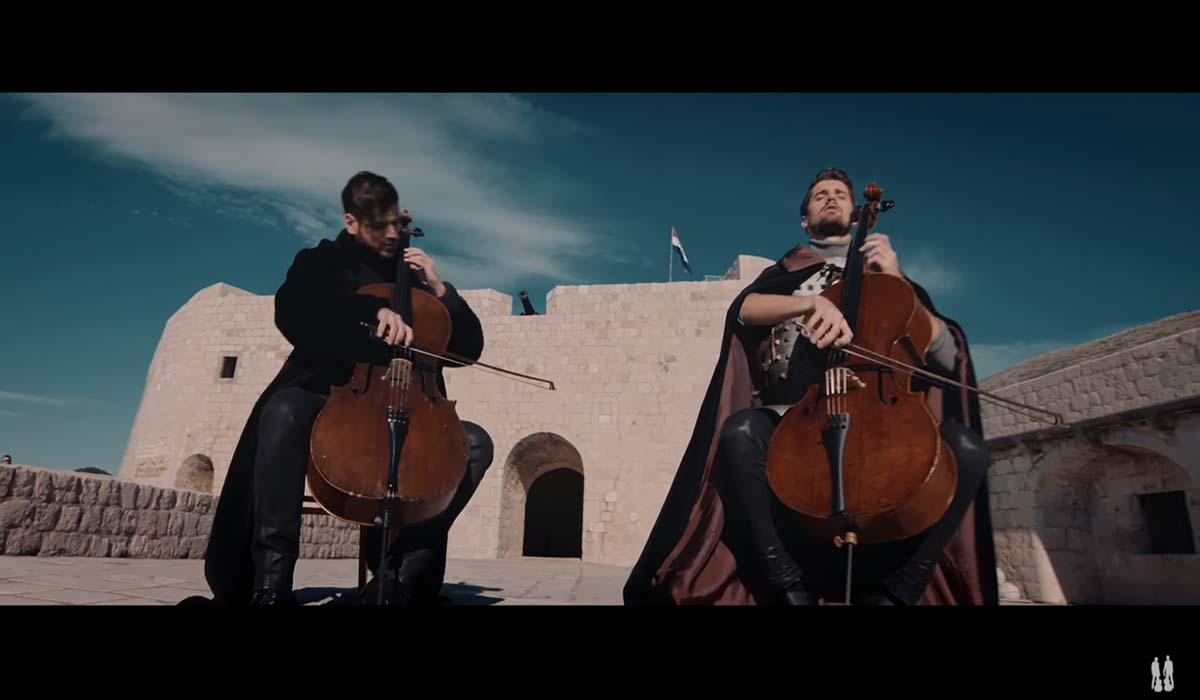 The duo have an incredible talent, as you can see in the video. But this is not the only thing that catches our attention. As the video is filmed in Dubrovnik, Croatia, we see the beautiful landscapes of the city and the castles. This particular city has been the main location for filming the shots of “Kings Landing” for the TV show. Making the video even cooler.

The guys from 2cellos will be releasing a new album that features, besides this song, many other covers from popular movies and shows. Like “The Godfather” and “Schindler’s List.” All done in in a cello/orchestra style. The album will be released on March 17th.