The Major League Baseball (MLB) organization announced the performers for the All-Star Week festivities. The headliners of the event include Pitbull, Bebe Rexha, Lenny Kravitz and Flo Rida. The All-Star Home Run Derby will take over Miami this year.

The 88th annual event kicked off on Sunday at Marlins Park.

MLB announced the performers Saturday afternoon via Twitter. Which include some Miami natives such as Pitbull and DJ Irie, who will perform at the celebration.Armando Christian Perez, also known as Pitbull, is affectionately nicknamed “Mr. 305” because of his South Florida origins.

Pitbull’s performance will come before the slugfest. He also performed in 2013 at the Home Run Derby at Citi Field in New York. The MLB also announced other big names set to perform on different days. Amine, Metro Boomin, Lenny Kravitz, Flo Rida, Don Omar and other artists will also take part in All-Star Week festivities.

Warner Bros. artist Bebe Rexha, will perform the National Anthem at Tuesday’s main event, the 2017 MLB All-Star Game presented by MasterCard. Who is also is partnering with Stand Up to Cancer to host a concert with Jennifer Hudson on South Beach.

Rapper Lil Jon will to perform at the All-Star 5K on Saturday night and Don Omar at the All-Star Zumba experience on Sunday. Flo Rida’s show is set at Marlins Park between the All-Star Futures Game and the celebrity softball game. 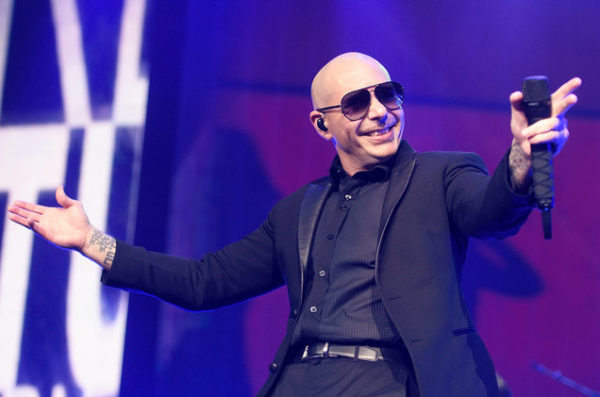 The game will feature the best players in the league, as judged by a combination of fans, MLB players, and the Commissioner’s office.

There are only 32 All-Star players per league instead of 34 this year. While there still will be a fan vote selecting one last spot in each league, the managers have been stripped of their voting privileges. Instead, the Commissioner’s office selected seven players from the NL (four pitchers) and five players from the AL.

This year’s rendition of the game will look dramatically different than a year ago without the influx of Cubs players.The darlings of the 2016 season, made history a year ago by having seven All-Stars, including their entire infield, voted to the starting team.

This year’s Midsummer Classic on Tuesday, July 11, will feature plenty of fresh faces at Marlins Park in Miami. A total of 23 players were picked to make their first All-Star Game appearances, several of them starters.

Major League Baseball divulged its choices Sunday. Though it will be billed as the 88th All-Star Game between the National League and American League, it will look more like an exhibition between the Washington Nationals and Los Angeles Dodgers against the New York Yankees, Houston Astros, and Cleveland Indians.

There are five NL teams with winning records and six teams in both leagues playing above .550, with three from the same division — the NL West.

The Astros and Nationals are the only teams with larger than a three-game division lead, with the Astros and Dodgers on pace to finish with more than 100 victories this year. This year’s Yankees, Indians, Astros, and Nationals are suplying five players, led by Washington right fielder Bryce Harper, who led all vote-getters and earned his fifth All-Star selection.

“I definitely think it’s a team honor,” Murphy said. “We’ve played really well this year, and to have this many representatives, I think, is a reflection on how good our ballclub is.” Nationals manager Dusty Baker, who called his players into the office to inform them of the news, was particularly excited for Zimmerman, who was last an All-Star in 2009.

“Sports are funny, man,” Zimmerman said. “To go through the injuries, a different position and a completely different spot in life, it’s fun to think what’s happened since then. It’s a crazy path to get back.”

“I definitely think it’s a team honor,” Murphy said. “We’ve played really well this year, and to have this many representatives, I think, is a reflection on how good our ballclub is.”

Still, there was at least some incentive to win the All-Star Game. Now, the incentive is cash. The winners will receive $20,000. The losers get nothing.