Television gives us the amazing opportunity to get into stories and live them as our own. Sometimes we follow these stories for months or even years. Eventually, characters become our family and the story feels like our own.

Every good story has moments that resonate with you. Moments that make you cry, laugh, or think. And those are special moments that make us reflect on the characters’ journey and find out things about our own journey. Or that simply change us forever. 2016 had many of those moments, here are the top 15.

The penultimate episode of the penultimate season of Bates Motel finally met what fans have long expected, Norman Bates killing his mother. By flooding his house with poisonous gas Norman mother’s meets death in a hauntingly and beautifully way. It hit fans really hard.

Memories 😖😟😧
nobody thought this would end to this way so soon 😖💔#Norma #Norman #Alex #BatesMotel
Norma's Death; a level Never exceeded 💔 pic.twitter.com/H9L7eAse5o

The story that follows a boy and his alien guardians saving the world has gained a place in people’s heart. Steven Universe is actually a good and really emotional story, that teaches about compassion and other values. In this particular episode Steven and the Gems are tracking down “shard” or Gems that had been tortured, these represent a threat to the world and have to be taken down. But Steven discovers that they’re lashing because they’re in pain. With his huge heart, he teaches them to soothe themselves by working together. Not many shows display the importance of love and compassion in the way Steven Universe does. This little guy is saving the world with love.

13. Games Of Thrones: The ultimate revenge.

Oh! Epic moments met the ultimate game with GoT. The series has given us so many epic turns and moments that is difficult to keep up. Nevertheless, the sixth season showed us Cersei’s ultimate revenge. The Matriarch decides to erase all those who ever doubt her by setting King’s Landing on fire with wildfire. She enjoyed the moment with a glass of wine and a champion’s smile.

Cersei sipping wine & watching from her balcony as King's Landing is being blown up by wildfire– will forever be my fave #GoT moment.

The question that made fan’s theories come true, Bernard asking “What door?” Mindblowing. This two words confirmed that Bernard was secretly a host which prevent him from seeing things that confuse him. Now more question are rising regarding humans and the nature of reality.

The summer hit has so many good scenes and things. But the moment Eleven stood up for her friend and confronted the bullies was pure magic. She immediately became the badest and coolest girl ever, and a friend to rely on. Also, she saved his life and gave us an iconic line “She’s our friend and she’s crazy.”

10. Gilmore Girls A year In The Life: Mom and daughter phone call.

The revival brought us some peace needed after the shaken mother and daughter relationship. Fights, grief, therapy this revival had it all. But most of all it had the peace made through a phone call. Lorelai and Emily finally made amends and forgive each other, not only the characters needed it, but also the audience.

4th: Phone call from hill made me cry. Emily & Lorelai were also the Gilmore girls just DEAL WITH IT.

The mountaintop phone call scene between Lorelei & Emily was extremely well written. By far my favorite moment in the revival #gilmoregirls

I mean, Emily's smugness on the phone call with Lorelai is also awful, but it's relateable awfulness, so I love it. #GilmoreGirls

Jennifer Hudson performing this beautiful and touching song gave us the thrills. Her rendition of the song was not only beautiful but powerful and emotional.

8. Beyoncé at the Super Bowl.

2016 was Queen Bey’s year, no doubt. Giving us a sneak peek of Lemonade, the Queen made a mesmerizing show in the Super Bowl halftime show in February. With an army of black woman dancers in Black Panther’s outfit, her performance of Formation was more than impressive. Talking about standing up for your beliefs.

7. Orange Is the New Black: The bittersweet final.

The only thing that made bearable Poussey’s death were the flashbacks as a free woman. The increasing chaos around her at the Penitentiary was only the background, and her memories as a free woman come to be the main focus. To make it even more emotional we had her final smiling look toward the camera. 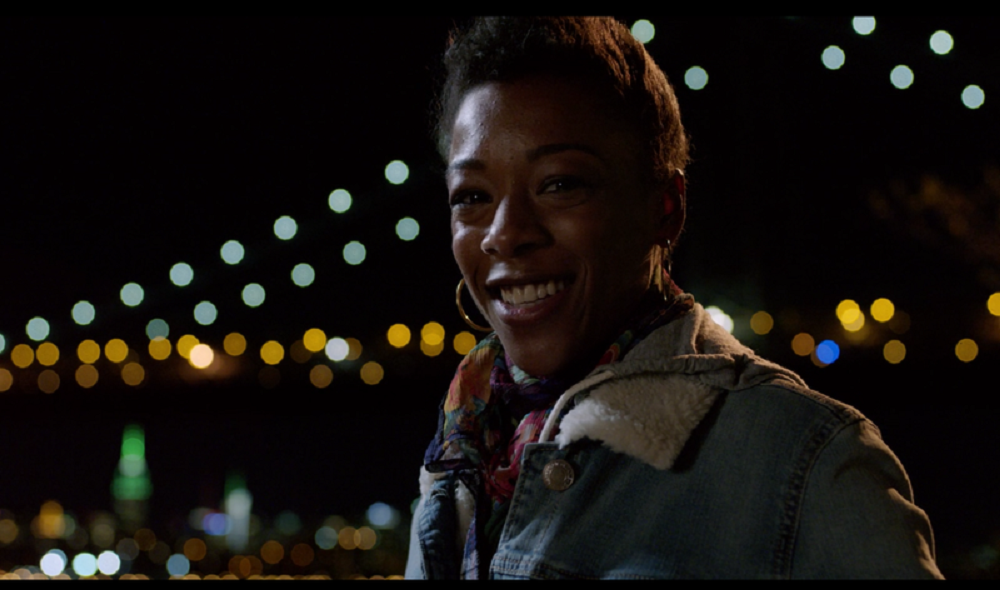 poussey washington
-DESERVED BETTER
-the love of my life
-wanted to get out and cook and marry brook
-I'm still sad about her death
-why god pic.twitter.com/GSnx8DpME8

6. Bojack Horseman: Fish out of the water.

This episode was simply genius. With little dialogue and set underwater, this episode portrays our ways of communicating and the frustration and isolation that comes from not being able to do it. Bojack cannot speak underwater during the whole episode, and at last, he found out that he just had to push a button to be able to speak all along. Powerful.

In the “Hope” episode of the sitcom, the characters addressed ongoing issues with police brutality against black people. The Johnson family gathered in the living room discussed their ideas and fears regarding the issue. And then Dre made a speech expressing his fears toward the racist reality the country’s living.

This year presidential election faced comedians with a challenge. Seth Meyers master this challenge. Instead of going to the common places and the usual jokes, Seth delivered a grieving, compassionate and emotional monolog. The comedian called for Mr. Trump to be compassionate and considerate with all the Americans. He also lighted up hope with his touching words, hope for the future is all we can have.

The first episode after the elections was heartwarming and grieving surprise with Kate McKinnon performing Leonard Cohen’s “Hallelujah.” McKinnon in character as Hilary Clinton performed a touching rendition of the song.

2. Stranger Things: Communicating with Will.

After Will disappearance, his mother finds a way to communicate with him. Using Christmas lights and with a crazy system of communication the mother manages to talk with her son. The scene is both scary and touching at the same time. A reminder that love finds no limit or barrier.

After the final episode, this sentence got a whole new meaning. The season was filled with moments, but the revealing of one of the most intriguing and purest character beat the rest. Getting to know the origins of Hodor’s name was mindblowing and devastating. Hodor’s sacrifice was just too much to handle. RIP Hodor.

Baby sis just finished the GOT Hold the Door episode and is bawling her eyes out. The feels :'(

Rewatched the 'Hold the Door' scene from GoT, the tears are real