Art has been through all history. Not only capturing the reality in wich those artists lived but as well of how they felt about it.  We can also see how as time passed by the way of making art was getting more freedom. Putting aside the photograph-like realistic technique and going more into the abstract and emotional field.

That particular way of expressing the reality and the inner self is what have made these artists great. And why the mark they have left in the world is so important. Their names are legendary and have trespassed time. Guys like Dali, Monnet, Picasso and so on had the particular ability to appreciate something else in this world. And capture it in a beautiful way.

Here we leave you with 10 of the last pieces some of the most amazing and sensitives minds the world has ever seen did.

Many consider that Wheatfield With Crows (1890) Van Gogh’s last work. Mainly because it was the place he chose for his final and successful suicide attempt. Despite that, it is more likely that his final work was Tree Roots. Painted in Auvers-Sur-Oise, France, shortly after he left an asylum in Saint-Rémy 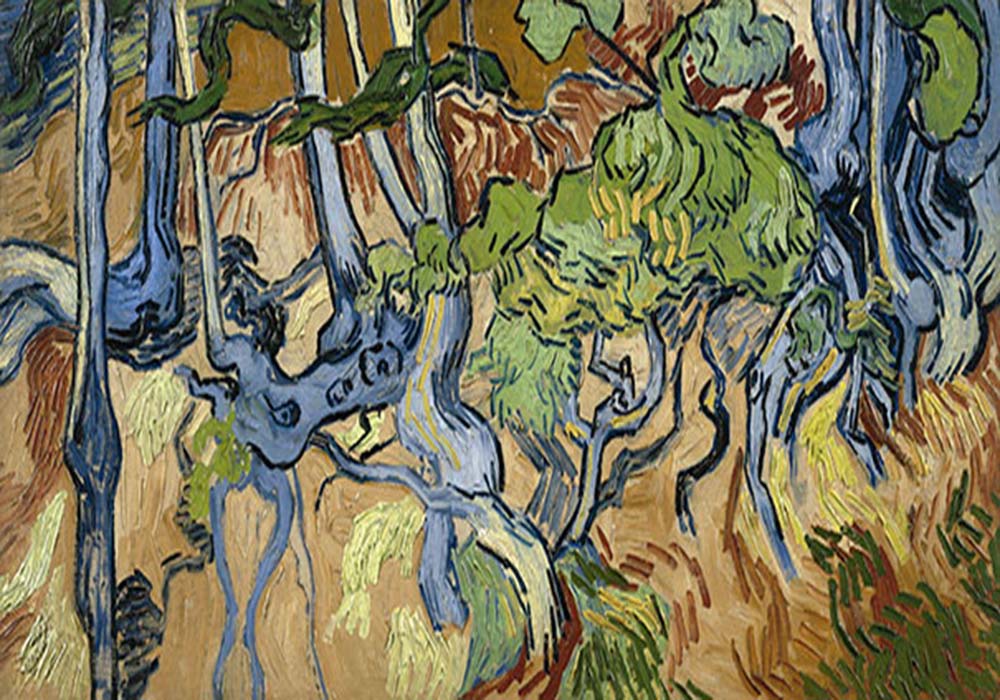 Picasso had a unique style that anyone can recognize. His last self-portrait is also popularly and very accurately called Self Portrait Facing Death. Drawn with crayons on paper, less than a year before his death. 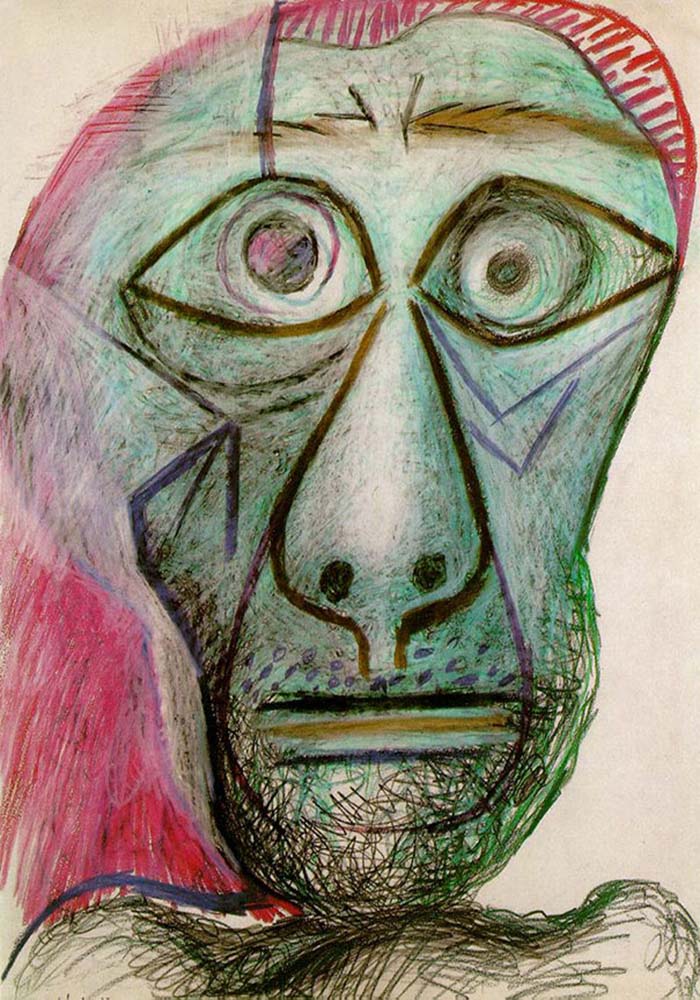 This incredible realistic yet dark, something very common in Bacon’s work, was finished just months before the artist died as a result of chronic asthma. The painting has never been seen publicly as it has been part of a private collection in London. It was discovered when an art historian Martin Harrison was investigating Bacon’s work for the publication of the Francis Bacon Catalogue Raisonné. Harrison says that Bacon knew that he was close to death when he was doing this painting. 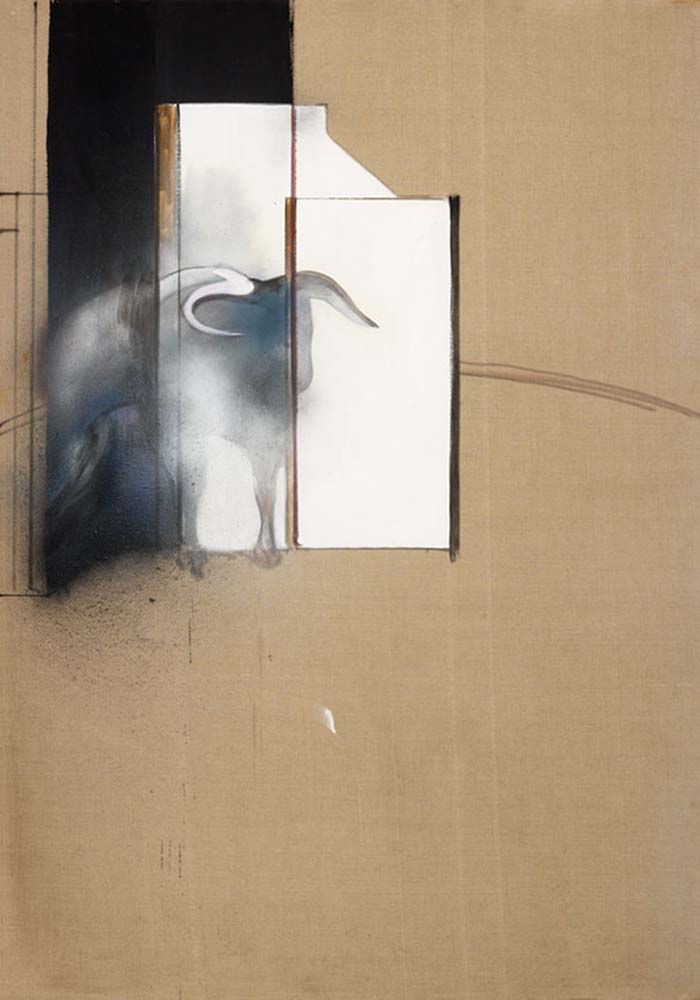 The post-Impressionist French painter was best known for using the technique of pointillism. The Circus was his last painting and was painted in a Neo-Impressionist style. The vibrant and happy vibe of the paint is set by the warm colors in contrast with the cold ones used in the background. paint was unfinished at the time of his death. It can be found at the Musée d’Orsay in Paris. 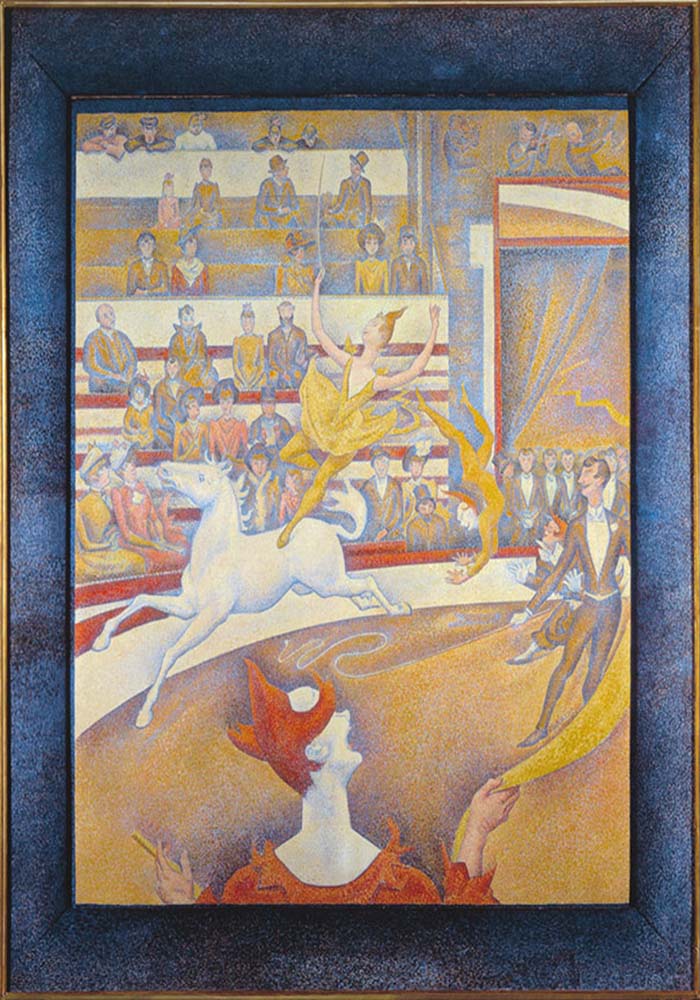 The Grandes Décorations (1920-1926) are a collection or murals that were Monet’s last works. He painted his beloved and iconic water lilies while his sight and health were failing dramatically. As his view worsened due to cataracts, his works turned from a palette of bright colors to blurred visions of heavy browns and reds. He even had to label the tube paints, to knew wich one was wich. As he wrote letters to friends saying of how colors were getting dull, and it was hard to tell them apart. 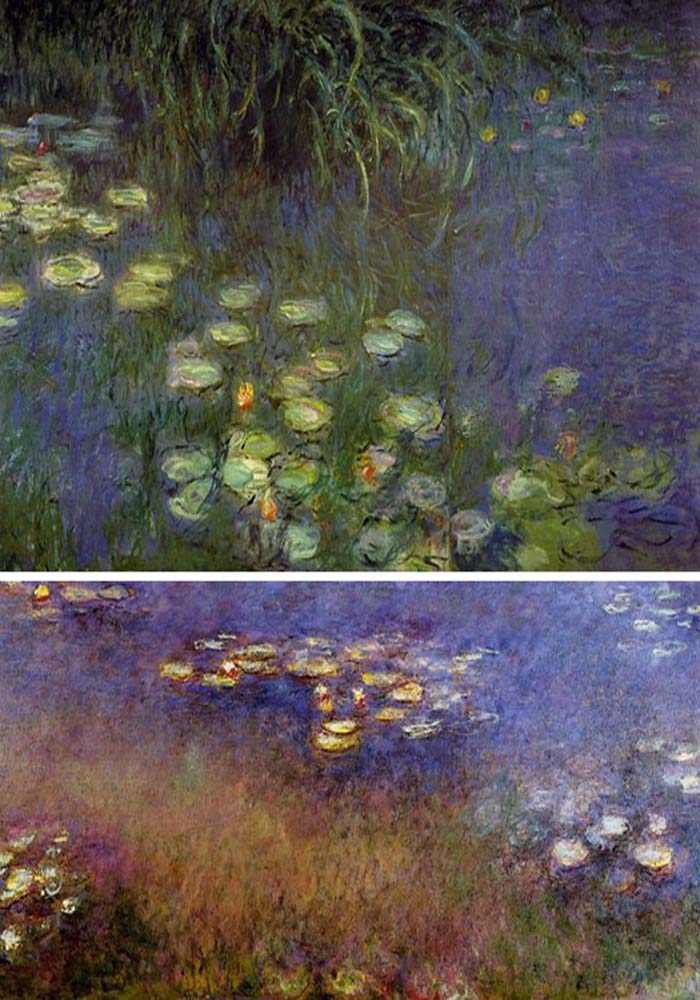 Many have been said about of it Riding With Death is Jean-Michel Basquiat’s final painting or not. There is still up for debate. But as the morbid, despair and ironic character of this painting shows it gives a certain sense of poetry to the painting. Basquiat painted it shortly before his own death from a heroin overdose in 1988. 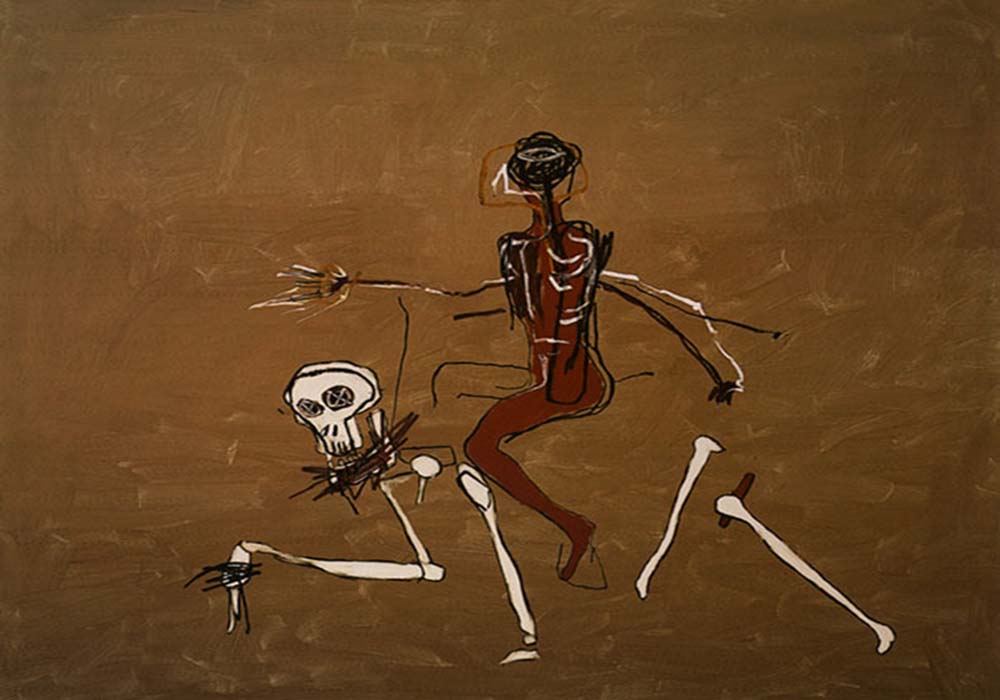 The piece of Viva La Vida was completed by Frida eight days before she died on July 13, 1954, at 47. The painting is a still life of watermelons, a fruit that is popular in the Dia de los Muertos. Watermelons are vert frequent in Mexican art. 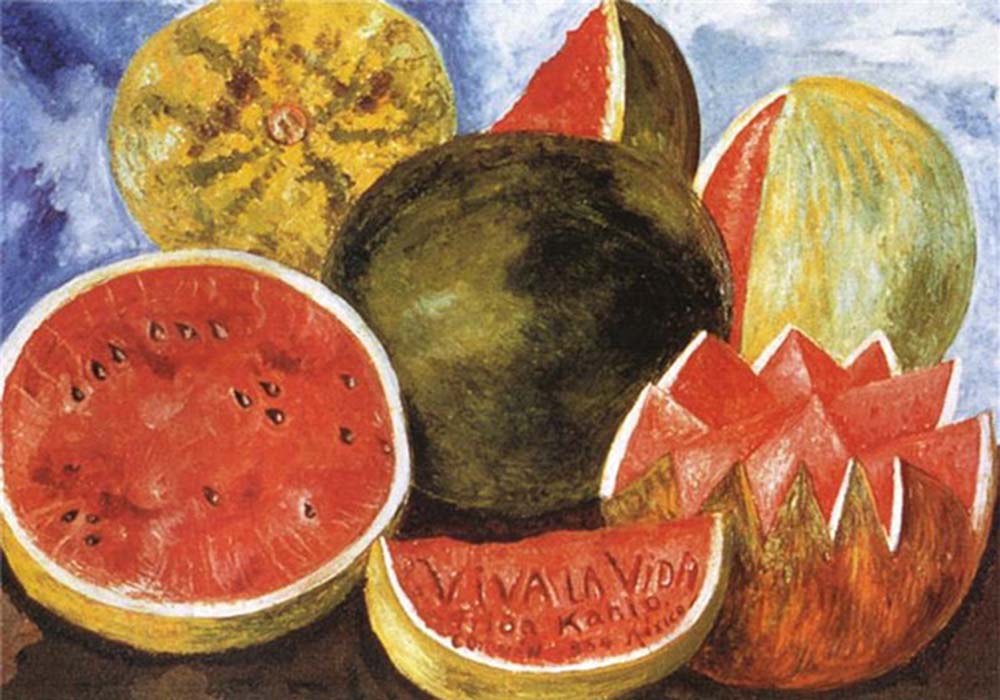 The French painter was one of the first artists in the 19th-century to paint modern life. As well he was fundamental in the transition from Realism to Impressionism. The painting was completed in 1882, just a year before he died after having his foot amputated due to gangrene.

2.Rembrandt – Simeon With the Christ Child in the Temple (1669 – Unfinished).

This painting was found incomplete in Rembrandt’s studio before his sudden death at age 63. The paint shows the passage from the Gospel of St. Luke, in which Mary and Joseph take Jesus to the temple in Jerusalem. It is speculated that the figure in the background was probably painted afterward by somebody else. Some people think she’s Mary, while others say she’s the prophetess Anna. 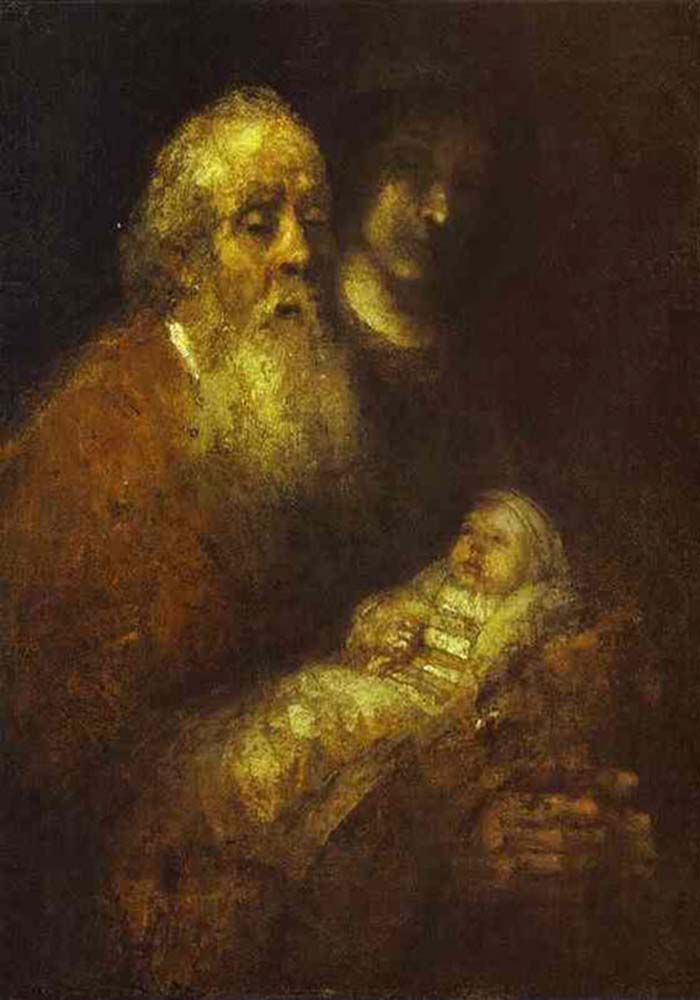 The famous surrealistic Spanish painter completed his last painting in the spring of 1983. The paint belongs to his last in a series of paintings he did base on Catastrophe Theory, by the French mathematician Rene Thom. Dali tried to represent his understanding of the Catastrophe theory, that studies how small changes in circumstances can lead to sudden shifts in behavior. 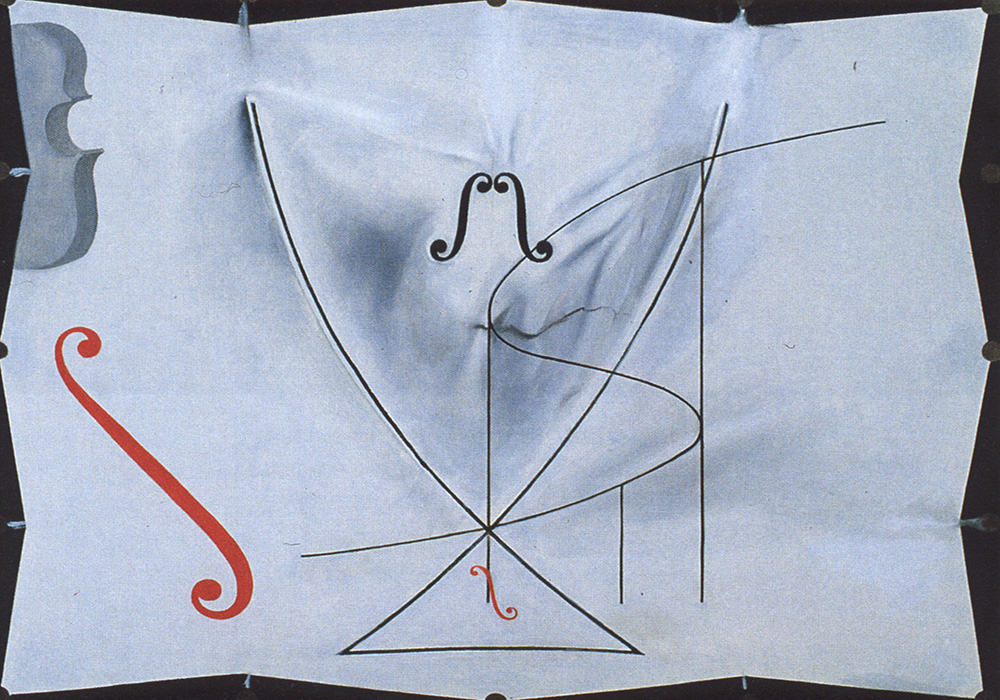