You probably picture Tesla Motors as an electric car company, but actually, they are so much more than that. Their mission is to accelerate the world’s transition to sustainable energy. Conscious of the crisis that global warming represents, Tesla has created a new product that will change our lives.

“We need to do something about it” Those are the words of Tesla Motors’s CEO, Elon Musk who announced their new Solar Roofs. Musk says that just like they did with electric cars that used to be ugly and with a low performance, Tesla hopes to change the solar panel market. making them as appealing as electric cars have become. They sure know how to do it because until the day they have sold more than 150.000 electric cars.

The main hope is to make these roofs, as appealing as electric cars have become. This is something they sure know how to do because to this day they have sold over 150.000 electric cars.

Take a look at the video the guys at Bloomberg made:

A system of solar roofing tiles.

Not like the regular solar panels we already know. 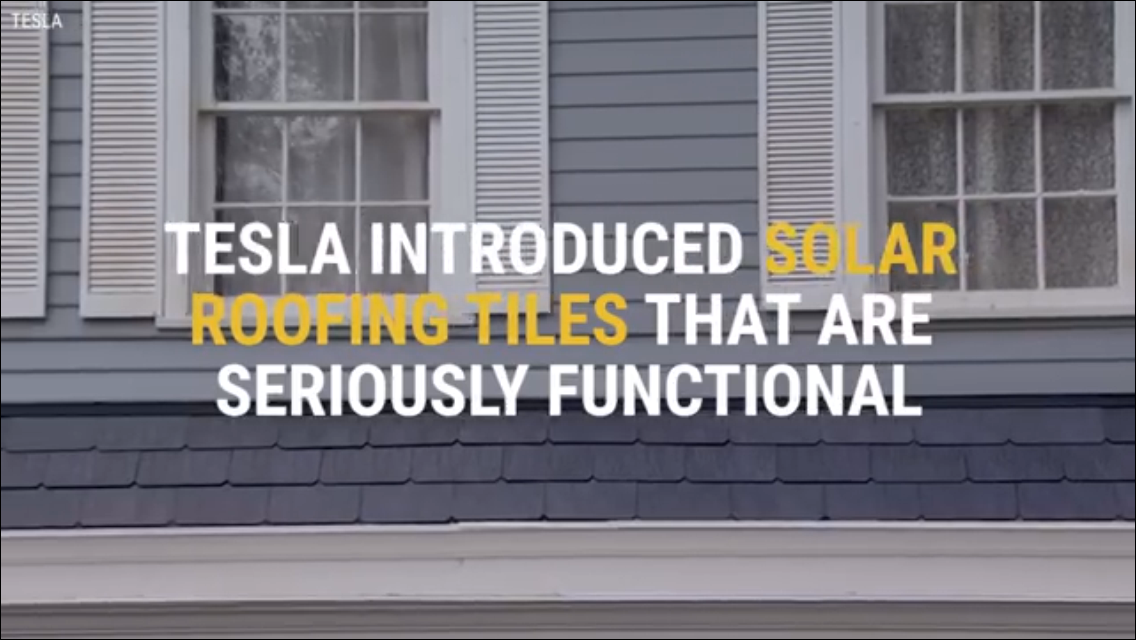 But they do the exact same work.

Although they look more refined.

They can be used in any house no matter how it looks.

In the unveil, people confused them with real tiles.

They’ll save you a lot of money on energy costs.

Even though it’s not available right now,  we are anxious for the release.