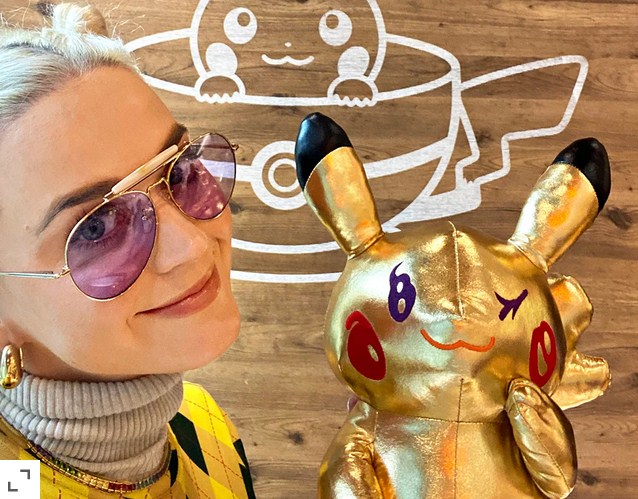 Pokemon announced on Instagram on Wednesday that it is teaming up with singer Katy Perry to celebrate the game’s 25th anniversary. In a post accompanied by a nostalgic video, the franchise takes fans back through the years, showing the game’s achievements through the years. At the end of the video, the franchise reveals that Katy Perry will be involved in the celebration.

“A shout out to every player who only wanted to catch Pokémon and ended up falling in love with the game instead,” the company stated.

The company also revealed that many other popular musicians, who are yet to be disclosed, will also be working on the project. From March, the franchise said celebrations will begin, and all the areas in the Pokemon world will be revisited. The company also stated that it would be releasing a line of themed Pokemon memorabilia, including a themed skateboard and some of the iconic Pokemon cards.

Katy Perry also confirmed the partnership with the iconic game franchise. The 36-year-old singer told reporters that she has always enjoyed being a part of something cheerful that reminds the world of pleasant memories. Katy Perry described how much the franchise has always meant to her and how she appreciates it even more now that she is a mother.

“I think being a part of something that is cheerful and tells the stories of the good old days is an absolute delight,” Perry said. “Being a mother now, I have gotten to realize the importance of play; this is a new part of Katy Perry.”

Perry also described her visit to The Pokémon Café during a visit to Japan in 2019. She stated that she was already pregnant when she visited, and she had so much fun. The singer, who gave birth last August, said that she has been visiting Japan yearly since she was 17 years old.

As a child, Perry said she connected to Pikachu more than other characters in the game, finding the character cute and interesting. She said the character reminds her of herself, cute and little on the outside, but having a very interesting story and personality when you dig deep. Perry said she hopes that she can be a source of hope to adults and children, through the partnership and her private life, especially after the rough months of 2020.