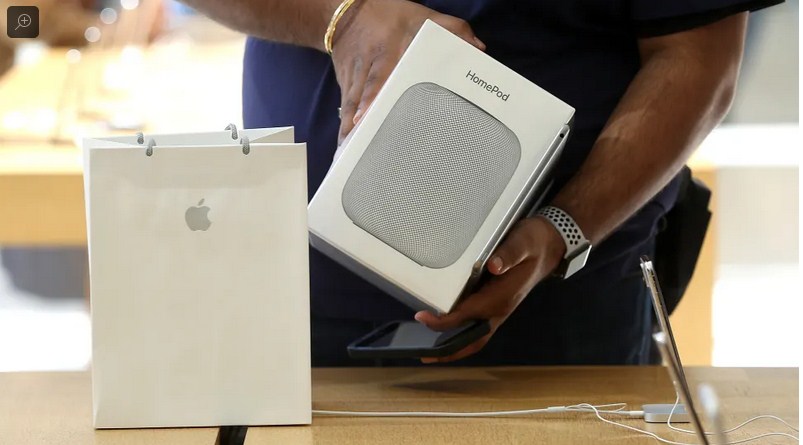 Apple is stopping production of its big HomePod in order to focus marketing attention on the smaller and cheaper HomePod mini. The full-size HomePod cost $349 when it launched in 2018 but given the negative reviews people shared about its expensiveness and performance, the company dropped the price to $299 in April 2019. Yet this has not stopped Apple from retiring the device given its woeful sales records in the market.

The company however launched the HomePod Mini in 2020 at the price of $99 and the sales have skyrocketed over that of the original, full-size HomePod version. With the discontinuation of the senior HomePod, existing supplies will continue to sell until it has fully disappeared from the stores and Apple promised to continue to provide necessary updates and support for users. A search on Apple’s online store reveals that the Space Grey full-size model is no longer available.

“HomePod mini has been a hit since its debut last fall, offering customers amazing sound, an intelligent assistant, and smart home control all for just $99,” Apple wrote to confirm the latest situation. “We are focusing our efforts on HomePod mini. We are discontinuing the original HomePod, it will continue to be available while supplies last through the Apple Online Store, Apple Retail Stores, and Apple Authorized Resellers. Apple will provide HomePod customers with software updates and service and support through Apple Care.”

When the bigger HomePod device first launched in 2018, it was already costlier than Amazon’s Echo and Google’s Nest while other smart speakers by smaller companies sold for cheaper prices. Unfortunately for Apple, some users reported that the original HomePod stained people’s furniture in a manner that people found unpalatable. It is true that people love the high sound quality of the device, but users would rather go for other voice-controlled smart speakers that are cheaper and are equally good.

While Apple just announced this Friday that it is resting the senior HomePod, the company announced last week that it is discontinuing its $5,000 iMac Pro workstation that entered the market in 2017. It is not sure if the tech giant is also planning to retire some of its other struggling devices, but this waits to be seen.