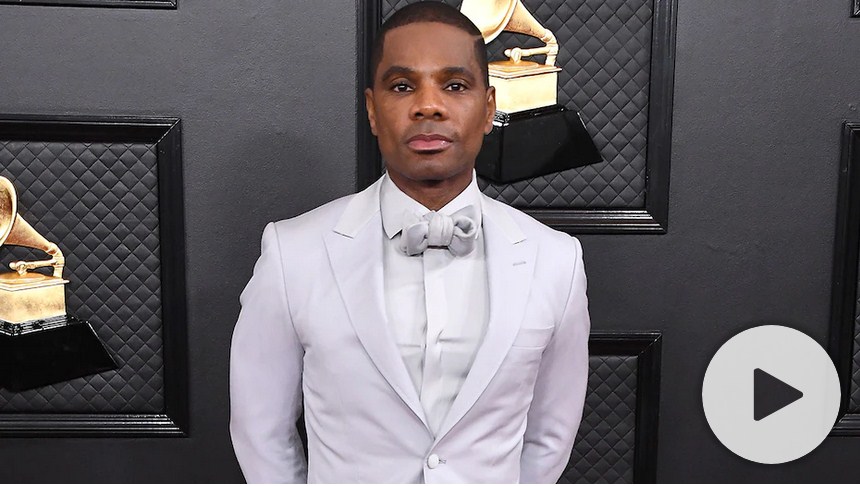 A private phone call filled with expletives between gospel musician Kirk Franklin and 32-year-old Kerrion has gone viral after the young man uploaded the recorded conversation with his dad on Instagram Story. Franklin apologized after hundreds of thousands of people listened to the audio of the heated argument between father and son, Daily Mail reports.

Given the amount of profanity expressed in the leaked audio conversation, legendary choir director Franklin he has been trying for many years to repair the toxic relationship he has with his estranged son. He said his son disrespected him and that he lost his temper, adding that he is human and prone to mistakes. He asked the public to keep his family in their prayers and noted that he invited a therapist to work on his son to no avail.

“Many of you know I have an older son named Kerrion Franklin. In May, he’ll be 33,” Kirk stated. “For many years we have had a toxic relationship with him as a family. We’ve tried for many years through counseling, through therapy to try to rectify this private family matter. Recently my son and I had an argument that he chose to record. I felt extremely disrespected in that conversation and I lost my temper and I said words that are not appropriate, and I am sincerely sorry to all of you. I sincerely apologize.”

Franklin made it clear that his son failed to release the part of the phone conversation where he called their family therapist to help.

In the leaked audio, the 16 Grammy Award winner is heard calling his son a ni*** and an a** and threatening to break his neck if he disrespects him. “I’ll put my foot in your a**,” he ranted. “I will break your neck ni***, don’t you ever disrespect me.”

While the reasons for the ruckus between Franklin and Kerrion remains unknown, the young man said he feels unsafe with his father since he might kill him. Kerrion said he does not trust his father again since his father hates him so much and would not allow him near the family again. He however urged the public to not crucify his dad but to keep on praying for him.

“This is why I’m done,” Kerrion wrote. “No father should speak to their children like this. If I have any issues it’s because of this type of treatment that I deal with behind closed doors. Hanging up in my face, no apology, no compassion, no effort. Stop telling me to go home to my family I don’t even know where they live. I don’t think I’ll ever trust my father to be alone around him ever again. No matter what ppl think I pray my dad deals with his deep hatred toward me. I don’t feel safe around him at all.”

Kerrion was born from a previous relationship before Franklin married his wife Tammy Collins in 1996. Collins has a daughter named Carrington whom Franklin adopted – the lady is 31. But the gospel artiste has two other children with Tammy – daughter Kennedy and son Caziah.