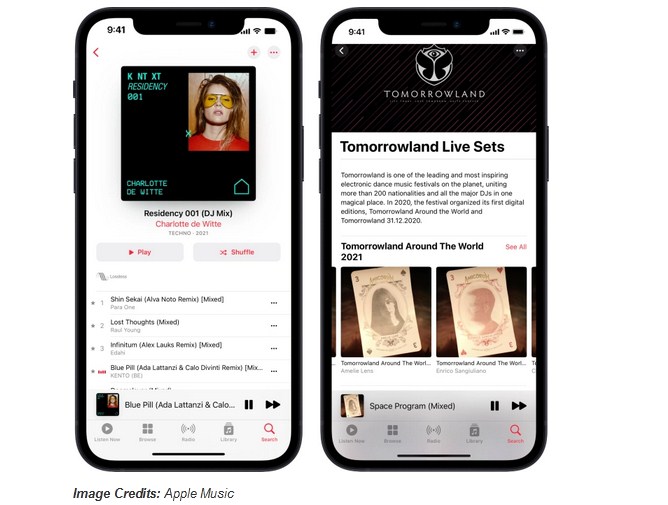 DJs, music labels, music promoters, and musicians can now hope to be paid for music streamed on Apple Music through the latest features made possible by Shazam. Everyone involved in the creation of a DJ mix can expect to get paid when the plan kicks off soonest, Apple Music revealed.

Apple Music acquired Shazam for $400 million in 2018, and the company has perfected a way to compensate music artists and labels as well as DJs who collaborate over mixes streamed on the platform. This innovation will ensure that musicians do not lose payments on their jobs even when other artists remix the songs in any form. Artists will continue to get paid for DJ mixes long after other artists modify the songs to suit their own purposes.

Many musicians who sell their content online have embraced this development, given that they are not able to properly monetize their work when it gets to other hands. DJs are also not able to Livestream mixes on YouTube and Twitch since the mixes may be flagged as copyright infringement. Furthermore, artists are also not able to make money when their work is mixed in small portions with other songs during a live DJ performance.

But the new Apple Music arrangement will eliminate all these problems once and for all.

“Apple Music is the first platform that offers continuous mixes where there’s a fair fee involved for the artists whose tracks are included in the mixes and for the artist making those mixes,” said DJ Charlotte de Witte. “It’s a step in the right direction where everyone gets treated fairly. I’m beyond excited to have the chance to provide online mixes again.”

Given that Apple Music has more than 75 million songs in its database, several songs that were released more than 15 years ago can still hope to generate income through the new Shazam arrangement. The company also has more than 300 million DJ remixes, which include hits from Tomorrowland’s digital festivals of 2020 and 2021. All creators can now begin to earn from mixes that have not even been on the market for decades.