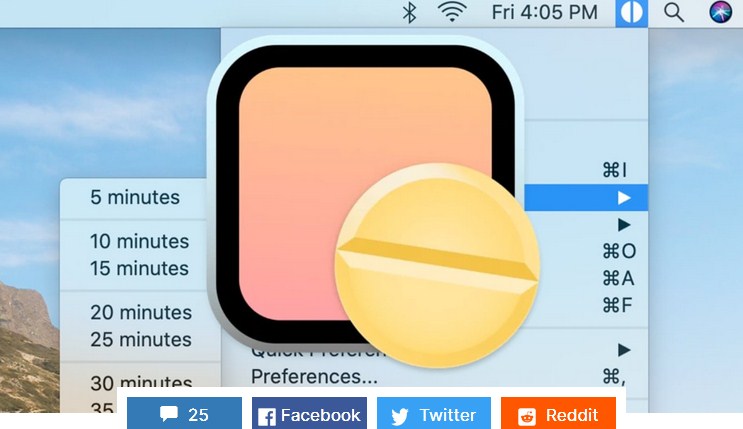 Amphetamine is an app that has been in the Apple App store since 2014. Recently, the developer announced that Apple reached out to him, saying it would pull down the app from the app store due to its brand name and logo, which Apple said promoted drug use, although, in reality, the app has nothing to do with drugs. However, Apple had since reversed its decision, meaning that the app can stay in the App Store, the Verge reports.

On January 1st, William C. Gustafson posted on Reddit and GitHub that Apple reached out to him, informing him that he had about two weeks to remove all references to the word ‘Amphetamine’ and remove the pill representing his icon. He said failure to do this would have his app removed from the App Store on January 12th.

Gustafson appealed the move by Apple. On Saturday, he said he got a call from Apple saying that his app would be allowed to stay on the App Store. He noted that the issue had crop out from nowhere — there he wasn’t planning to update the app, there were no customer complaints, among others. Gustafson explained that he was just at home with his family when he got the call from Apple.

Gustafson said Apple had specified that his app promoted the use of controlled substances, referring particularly to his app name and logo.

The app in question prevents Macs from going into sleep mode. It has been downloaded more than 432,000 times on the App Store, with more than 4.8 ratings from users’ reviews. At a point, the app was featured on the Mac App Store story. Gustafson said he had been in touch with Apple for updates to the app since its launch, and nobody had approached him concerning the app name or its logo, Apple Insider writes.

In its memo to Gustafson, Apple particularly said that Amphetamine violated one of its App Store guidelines, which stated that apps that encouraged the consumption of tobacco or vape products, or irresponsible consumption of alcohol and illegal drugs are not permitted on the App Store. The memo outlined that apps that encouraged underaged individuals to consume these substances will be pulled down from the platform.

Gustafson has come out to say that his app does none of what Apple has accused it of. He noted that changing the brand name or logo of the app would have made it quite difficult for users to recognize the app for updates in the future.

Gustafson said he was not optimistic that his appeal would receive an approving nod from Apple due to the company’s history of ensuring strict complaints with its App Store guidelines.

Apple has faced a backlash from influential and big-time developers and companies in recent times, including Spotify, Tile, and Epic Games. These companies came together to form a coalition known as the Coalition for App Fairness, advocating that Apple grants apps on its Store a level playing field.

David Heinemeier, the co-founder of Basecamp, was at loggerheads with Apple last summer over the mobile app design of a client. Epic Games also filed a lawsuit against Apple, citing the removal of its battle royale game Fortnite from the App Store. Epic Games had launched its own payment processing system into its game, which is against App Store guidelines.