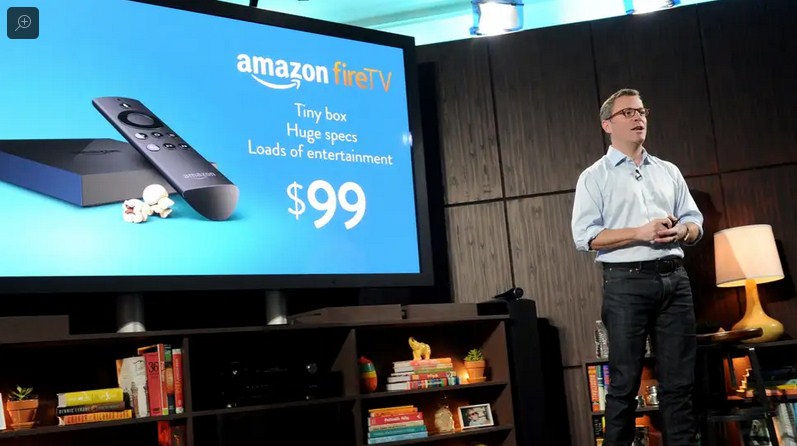 Amazon is reportedly planning on launching its own branded large-screen TV by October. Allegedly integrated with Alexa support, the TVs are said to range from 55 to 75 inches. They are said to be designed and manufactured by Chinese manufacturer TCL. If the TVs hit the market as rumored, it will pitch Amazon against LG, Sony, and Samsung that have large-screen TVs dominating the market.

According to the leaks, Amazon had been working on the TV secretly for nearly two years. Amazon Devices and Lab126 are reportedly working behind the scene on the project. Lab126 developed Kindle and Fire TV Stick. Apart from the large branded TV, the giant retailer is also said to be developing its own in-house TV that comes with different design and functionalities.

A lot of things remain unknown about the rumored branded TV. It is not known if they will have the Fire TV software, even though most analysts think they should. In late 2020, the company launched the Amazon Basics TV measuring 50 inches in India at the cost of $506 (some people reported buying it at $410) and the 55-inch model at $588 (some said they purchased it for $480).

A few users however complained that the Amazon Basics TV launched in India came with certain unpleasant experiences. While many agree that they are cheaper than what could have been sold in the United States, they stated that a technical glitch sometimes made the screen to display Amazon Basics logo for up to 15 minutes before it works fine to show programs. A few complained the Alexa software does not function perfectly, while others said TV fails to work at all in certain instances.

An insider source revealed that Amazon is on track to launch the rumored TVs by October, but it is facing technical challenges in terms of the global chip shortage. The economic sanctions imposed on Chinese chip manufacturers by the Trump administration continue to impact the production and supply of key electronic gadgets across several global markets.

Amazon has not addressed media queries on its rumored TV releases, but October and Black Friday are almost upon us – and we shall see if the rumors turn out true or not.