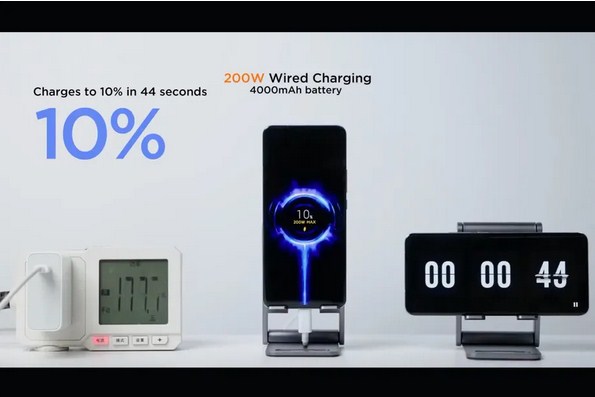 Xiaomi has demonstrated its new charging system which can fully charge a phone in eight minutes. The Chinese mobile tech company showcased its 200W wired charger which charges a 4,000mAh battery in eight minutes, and a 120W wireless charger that charges the same battery in 15 minutes, the Verge reports.

The new Xiaomi charger is called a HyperCharge system.

The company demonstrated the two HyperCharge systems – the 200W and the 120W using the Mi Pro and other major smartphones.

However, industry analysts said Chinese mobile companies are usually demonstrating fast charging systems that may not be obtainable when the final products are released into the market. In 2019, Xiaomi proclaimed a 100W charger that could allegedly charge a 4,000mAh battery in 17 minutes; but then, the Mi 10 Ultra’s 4,500mAh got fully charged in 23 minutes using the 120W charger in 2020.

Xiaomi is not the only Chinese mobile company working to be the market leader in terms of fast charging systems. In 2020, Oppo showcased its 125W charging system filling a 4,000mAh battery in 20 minutes. It should however be noted that Oppo performed this feat more than one year after Xiaomi proclaimed its 100W system. Oppo’s VOOC is seen in its OnePlus’s Dash and Warp fast-chargers.

While everyone would look forward to having fast chargers that give a smartphone 100% of full battery in a few minutes, it must be noted that these chargers work only with original chargers and cables. This means they will be more suitable for use at home than during emergency situations at trips.

Tech experts have also raised concerns about possible heat problems with such fast chargers. They worry that the chargers will produce more heat and cause the battery to drain faster. Phone users must always worry about charging temperatures since this could impact the longevity of their phone batteries and the device itself. But how tech companies choose to address this potential concern remains to be seen before the chargers enter the market.