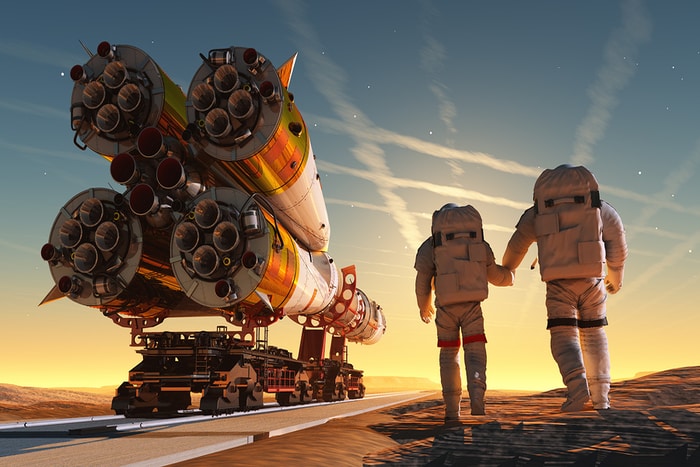 A team of astronauts has arrived at the International Space Station (ISS) after launching off from an Earth infested with Coronavirus. The team was made up of two Russian cosmonauts and one American astronaut who launched from the Baikonur Cosmodrome in Kazakhstan. Due to travel restrictions occasioned by the coronavirus pandemic, the families of the astronauts, media, and industry officials were not on hand to witness the launch which took place at 4:05 a.m. ET on Thursday morning.

The Russian cosmonauts are Anatoly Ivanishin and Ivan Vagner, and the NASA astronaut is Chris Cassidy. The team had spent two weeks in quarantine before they left the Earth, and this is part of NASA’s standard culture for astronauts traveling into space. The standard quarantine is part of NASA’s long-standing efforts to prevent humans from introducing illnesses and diseases to space. According to NASA’s communication specialist, the isolation period is known as health stabilization.

“The health and welfare of the crew is always paramount,” said Courtney Beasley, communications specialist at NASA’s Johnson Space Center. “All of our crew must stay in quarantine for two weeks before they launch. This ensures that they aren’t sick or incubating an illness when they get to the space station and is called ‘health stabilization.'”

NASA complied with all CDC’s recommendations for COVID-19 containment during the quarantine for astronauts, and the Russian Space Agency did the same for its cosmonauts. NASA operates crew quarters for quarantine purposes at the Kennedy and Johnson Space Centers while Roscosmos maintains a facility in Baikonur for the same purpose. Family members are not allowed to visit astronauts in isolation during this period unless they have been cleared by NASA flight surgeons.

After the astronauts left Earth at 4:05 a.m., they docked at the ISS six hours later at 10:13 a.m., and their spacecraft’s hatch opened at 12:28 p.m. to enable them to unite with NASA astronauts Jessica Meir and Andrew Morgan as well as Roscosmos cosmonaut Oleg Skripochka who had been in space before now.

Both Meir and Skripochka had been at the ISS for six months, and Morgan had been there for eight months. The three of them will return to Earth on April 17, and newly arrived Chris Cassidy will become Expedition 63 commander when the current commander is back to Earth. Given that Skripochka, Meir, and Morgan left a different Earth that did not have coronavirus, they will be subject to the health precautions and restrictions now in place to curb the spread of COVID-19.

They will also be helped with re-acclimatizing to Earth’s gravity and situations.