Netflix’s summer hit, “Stranger Things,” keeps us talk about it.  And it’s not just because of the remarkable story the Duffer Brother wrote and directed. We have to admit that the work the crew and the actors did is just incredible. ‘Stranger Things’ actress Shannon Purser, personifies Barb, one of the most remarkable characters on the show. Like all the other artist she’s been in the public ever since the show aired.  Some days ago, she made a post on Twitter that impressed everybody.

While she was cleaning her room, she found a blade, so she decided to open up her heart, and tell everybody about a particularly rough time in her life.

The image was accompanied with the following message:

“I haven’t self-harmed in years, but I kept this around, ‘just in case,’” she wrote. “I forgot it was there, and now it’s in the trash.”

After this publication, her fans send her some messages of love 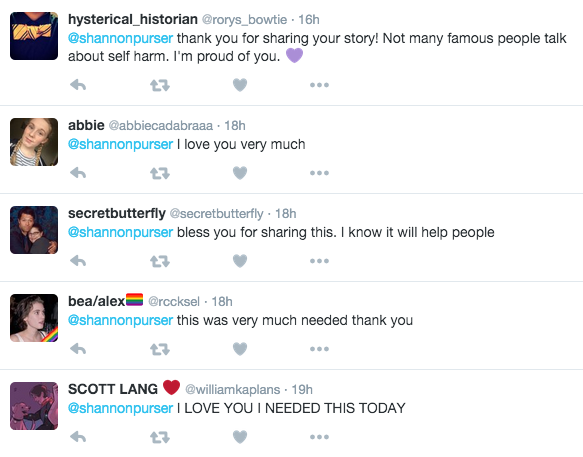 The tweet had a huge response, mostly motivational and receptive. ‘Stranger Things’ Actress Shannon Purser is now sending a message of overcoming and support to all those who had lived a similar situation to hers.