This November a new president of the United States Of America will be elected and Obama, known almost as a rock star, will end his time in office since 2008 when he was first elected.

Sasha and Malia have been in the spotlight since they were very young. In 2008, Malia was only 10 and Sasha 7 when his dad was elected president. Let’s take a look at Obama’s daughters’ transformation over the years, since they were very little to nowadays when they are even going to college.

1. Here they are on their first big night, at the Obama’s election night in 2008.

2. Essence Magazine photo shooted the girls on 2008. Oh, how little they looked back then

3. Hanging with dad while watching mom deliver a killer speech at the Democratic National Convention

4. Having a great time with the first lady, reading to children in South Africa. Michelle sure knows how to keep it interesting

5. Sasha and Malia always seem to be captured goofing around together. Here they are at Barack Obama’s second presidential inauguration

6. If the daughters of POTUS can take selfies, then why shouldn’t you?

7. They might be a little bored during this turkey pardoning, don’t you think?

8. The girls look fierce arriving at Alabama in 2015. You can see how much their style has changed over the years 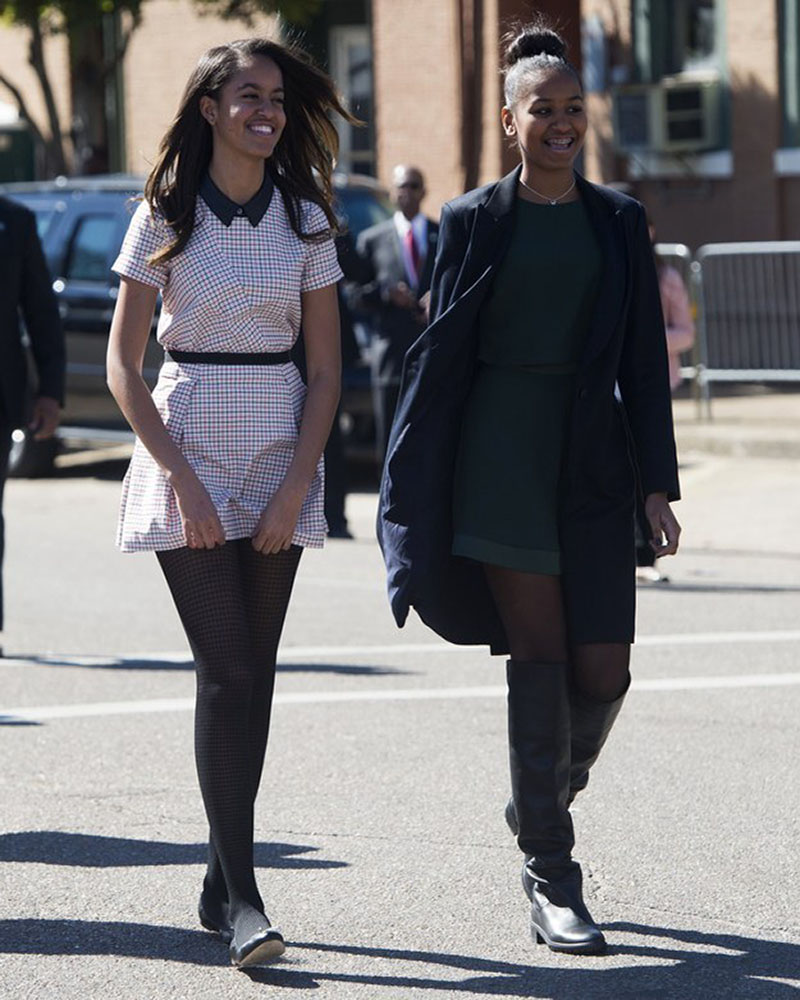 9. Malia Obama encouraging her sister while she meets Canadian hottie Ryan Reynolds at the State Dinner

11. The girls singing at the National Christmas Tree lighting in 2015, they look so inspired

12. They might be grown up but Michelle will always see them as their little babies

13. You can see the fashion evolution throughout the years, here they are rocking those beautiful dresses

14. Sasha Obama at her summer job

15. Malia Obama at Lollapalooza having a great time. After all, she’s still just a teenager