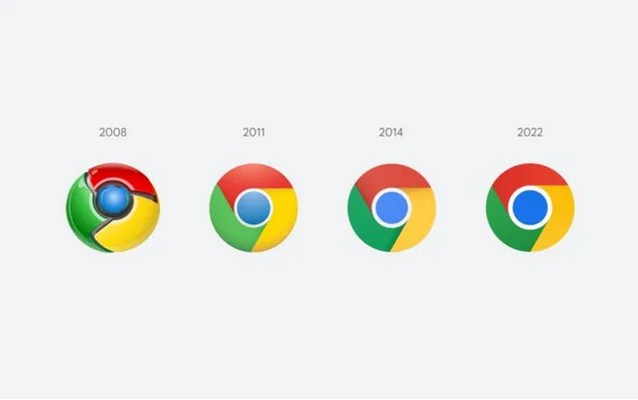 Google Chrome’s Canary update reveals a new Chrome icon that will soon roll out on all devices in the coming months. This is the first time Google will unveil a new logo image for Chrome in eight years, and the new icon contains subtle changes that require sharp eyes to distinguish. The new Chrome image redesign was done by Google designer Elvin Hu.

“Some of you might have noticed a new icon in Chrome’s Canary update today,” Hu announced on Twitter. “Yes, we’re refreshing Chrome’s brand icons for the first time in eight years. The new icons will start to appear across your devices soon.”

A critical look reveals Google chose a flatter design for the new logo to conform to the company’s other products. The proportions of the icon changed a bit and the individual four colors on the logo are brighter and more enhanced. Hu disclosed that more hue was added to the green and red areas of the logo in a subtle gradient that removes “unpleasant color vibration” if the two colors are beside each other.

This makes the icon colors “more accessible” in a manner that prevents color vibration. Insiders said the change will make the Chrome logo on desktop computers look slightly different on all systems. This means the colors will complement one another on ChromeOS but looks a little small on MacOS, while also looking different on Windows 10 and 11.

The new color variation is sharper and fits in more with icon styles on desktop trays. Hu said the new Chrome logo looks more three-dimensional on macOS but it has a special blueprint version tied to the beta release in the iOS.