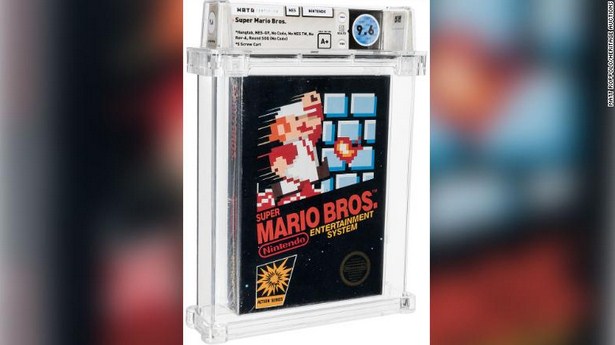 An unidentified individual has sold a Nintendo Super Mario Bros. game which they bought in 1986 for $660,000. The owner forgot they had the video game in their drawer for the past 35 years until they found it again in a desk drawer. The lost and found the game was auctioned by Heritage Auctions. The auction house said the sale amount is the highest ever paid for a video game in history, CNN reports.

The owner said they purchased the NES cartridge as a Christmas gift in 1986 but failed to play it after forgetting about it altogether. “It stayed in the bottom of my office desk this whole time since the day I bought it,” the seller said. “I never thought anything about it.”

WataGames graded the newfound game at 9.6A/A+ and this score is the highest ever awarded to a game during the auction.

Nintendo first produced the game and wrapped it with a shrink, but changed the packaging to have a sticker seal in early 1987, meaning that the shrink copy only had a few limited copies for sale before the company modified newer versions. The video games director for Heritage Auctions, Valerie McLeckie, said having a copy of the original Super Mario is like searching for a drop of water in an ocean, and this is the exact situation with the newfound rare video game.

“Since the production window for this copy and others like it was so short, finding another copy from this same production run in similar condition would be akin to looking for a single drop of water in an ocean,” McLeckie said. “Never say never, but there’s a good chance it can’t be done.”