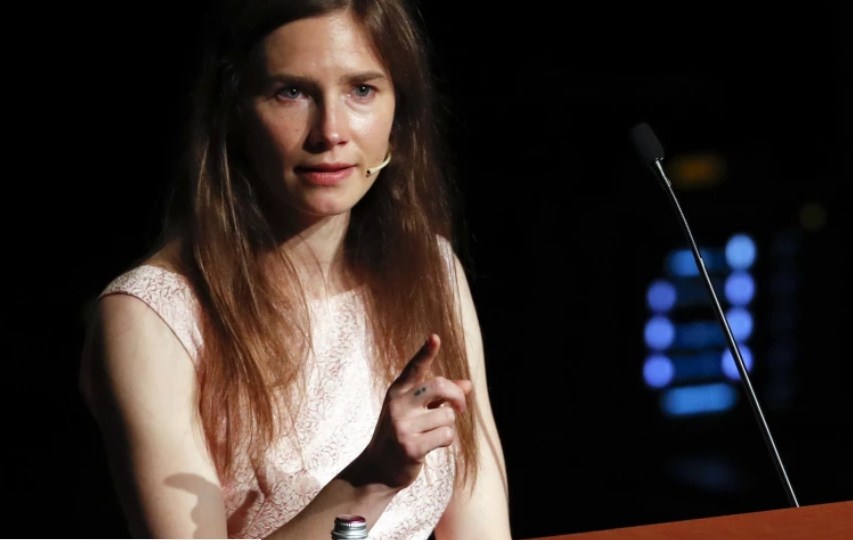 Amanda Knox is obviously angry with actor Matt Damon and movie director Tom McCathy for the movie “Stillwater” which she said exploits her name for profit. The former American college student was wrongfully convicted twice for the murder of roommate Meredith Kercher in Italy in 2007.

After four years of imprisonment, an Italian court acquitted her in 2011 and the Supreme Court in Italy also upheld her acquittal in 2015 in a saga that lasted for eight years. The famous case came to be known in the American media as the “Amanda Knox Saga” and she was angry that the American media played to the gallery by insinuating that she was guilty of the case.

“In those four years of wrongful imprisonment and 8 years of trial, I had near-zero agency,” Knox wrote in protest to the new Stillwater movie. “Everyone else in that ‘saga’ had more influence over events than I did. The erroneous focus on me by the authorities led to an erroneous focus on me by the press, which shaped how I was viewed. In prison, I had no control over my public image, no voice in my story.”

Knox said the influence of Matt Damon as a world-famous actor is sure to lend credence to the story that inspired the movie. She said director McCarthy chose to fictionalize her innocence in a way that would make the public doubt her integrity in the Kercher case – without consulting her in any way before the movie was done and released to the theaters.

“By fictionalizing away my innocence, my total lack of involvement, by erasing the role of the authorities in my wrongful conviction, McCarthy reinforces an image of me as a guilty and untrustworthy person,” she wrote. “And with Matt Damon’s star power, both are sure to profit handsomely off of this fictionalization of ‘the Amanda Knox saga’ that is sure to leave plenty of viewers wondering, ‘Maybe the real-life Amanda was involved somehow.’”

Stillwater, which also starred Camille Cotton and Abigail Breslin, is seen by Knox as a for-profit movie that does not have her endorsement. She made it clear that McCarthy and Damon have no moral obligation to consult her before releasing the movie, but she would have appreciated it if her reputation was not distorted for money-making. She noted that she has lost her privacy and innocence since the Amanda Knox saga started in Italy.

“I never asked to become a public person,” she lamented. “The Italian authorities and global media made that choice for me. And when I was acquitted and freed, the media and the public wouldn’t allow me to become a private citizen ever again.”