Sistine Stallone is making her way through the fashion world, early this year a lingerie video for “Love Magazine,” was released where Silvester Stallone’s 18 years-old daughter, played the leading role, also the magazine wants her to appear on its calendar “Love Advent.”

Despite being so young Sistine, who has a contract with IMG, is giving a lot to talk about. We saw her and her sister, Sophia Stallone, modeling in the Dolce & Gabbana Fall 2017 in Milan on Jan. 14, but the most recent news is based on Jennifer Flavin and Stallone’s daughter, modeling for the first time on London’s Fashion Week.

The Stallone family is full of stars, but recently Sistine proved to be the brightest star of the moment by giving everything she had in her debut on the runway of Topshop Unique Fall 2017 show.

Mama Stallone claimed to be “so excited”; she added that her daughter Sistine was what she defined as “a natural” and she also shared her wonders about where the 18 years-old model took her talent from.“I couldn’t walk as a model to save my life so I don’t know where she got it from because it certainly wasn’t Sylvester” explained Flavin. 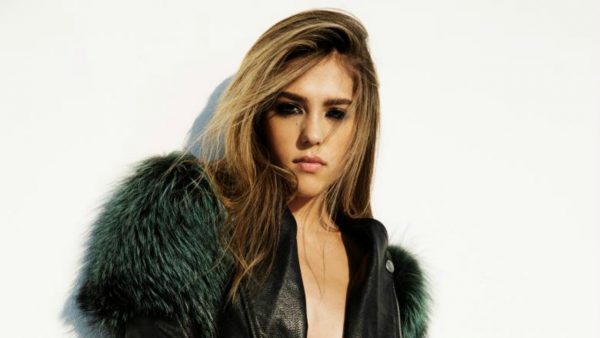 Support from the family

Sophia who is in her second year of college, majoring in communications with a minor in business was at the show too, to support her little sister who according to mom, “just practices and has been watching this world since she was a little girl, so she has been studying the runway, watching videos and wanting to do this her whole life.”